How Many Lives Does This CAT Have Left? 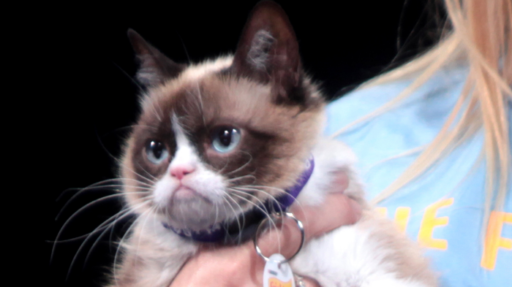 If the old saying holds true, one has to wonder how many lives the Consolidated Audit Trail (CAT) has left.

Yesterday, it was leaked to the WSJ that the contractor hired to build the Consolidated Audit Trail, Thesys Technologies, was fired by the exchanges tasked with implementing the data repository mandated by the SEC in 2012. (The SEC wanted a repository for stock and options trading info after realizing in the wake of 2010’s flash crash that it didn’t have the best tools and breadth of data necessary to do a proper autopsy.)

The firing is a stunning and confusing move. To be fair, there have always been dissatisfactory rumblings about this project. But when there are so many cooks in the kitchen — all the SROs, regulatory bodies and then Thesys itself — aren’t those grumblings just the nature of the beast? The industry has its answer.

The CAT project was not a timely affair. It took nearly five years just to pick Thesys out of a field of candidates that included the likes of FIS, FINRA and Google. Thesys was widely viewed as an underdog in the bidding process. (WatersTechnology reported that FIS and FINRA were the other two finalists for the project.)

Things didn’t get off to a great start after that. All of the industry committees and such that were around to help with the process of selecting the firm to build the CAT went away after the final pick was in. Unfortunately, that was the way the process was designed, but it left Thesys dangling in the wind without much in the way of a friendly guide.

The first reporting to the CAT was supposed to begin in November of 2017 — that start was delayed by a year.  Upon that delay at the end of 2017, SEC Commissioner Jay Clayton issued a statement urging “the SROs to continue their efforts to work cooperatively with each other and to meet their responsibilities as promptly as practicable.” That is pretty much regulatory speak for “Now play nice, everybody.” It looks like that warning didn’t have the lasting effect that was intended.

After those hiccups, things seemed to be moving a bit better. There was a conscientious effort by Thesys to reach out to the industry for feedback on the numerous technical aspects of the CAT. (Just consider the scope of the project — the CAT needs to process and store some 58 billion stock and options records every day generated from a variety of differing workflows. Thesys estimated that would lead to a data trove of more than 20 petabytes after five years of operation.)

Once the industry outreach was under way, the project looked to have weathered the early storm and turned the corner.  Just two weeks ago at STAC’s Midwinter Meeting, JLN spoke with Thesys Chief Compliance Officer Shane Swanson, and things were slowly but surely chugging along.  The CAT is up and ingesting information from SROs. The next phase of implementation was set to go live in November for large broker dealers and those who already report to the Order Audit Trail System (OATS) operated by the National Association of Security Dealers (NASD).

The questions mount. How will this phased timeline be adjusted, if at all? What does this portend for Thesys, which was paid $50 million for a project it didn’t complete? Who wins the contract now? Google would kill for an entrance into financial markets to help it compete with the increasing inroads of Amazon’s computing prowess. FINRA always looked like the default choice — do they get the contract? The WSJ’s source seems to think FINRA is the likely winner, but that was some of the thought process before the initial selection, so who’s to say?

Despite all this drama, consider the words of Jim Toes, president and CEO of the Security Traders Association: “When we wake up, CAT will still be an NMS Plan.”

There’s no turning back now, even if the industry is turned around.