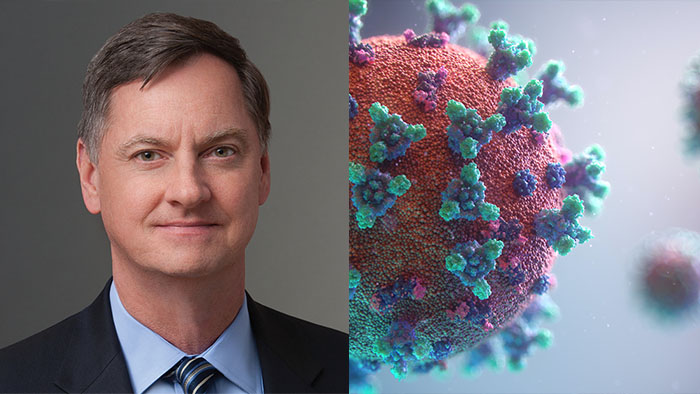 While the Federal Reserve is known for its laser focus on goals that include maximum employment, price stability, moderate interest rates and a stable financial system, those goals have proven slippery as the coronavirus persists and continues to tamp down progress, exposing some structural gaps in the process.

In a virtual roundtable for the financial press held Monday, Chicago Federal Reserve President Charles Evans was clear: “The path of the economy is going to depend on the course of the virus.”

He began his comments with a shout-out to essential workers who, Evans said, put their own health at risk. “Without their contributions, we would not be as far along as we are,” he said.

But so far, that’s not very far. The U.S. experienced a dismal second quarter, with gross domestic product declining by just short of 33 percent on an annualized basis. Some 18 million U.S. workers are unemployed and the unemployment rate is around 11 percent.

Evans said growth improved in late May and early June. As many states eased restrictions, we saw “quite a substantial increase in economic activity,” that was quickly followed by a sharp jump in virus infections led by states that loosened restrictions.

Now economic growth now appears to be flattening out, Evans said. At the same time, the most generous unemployment benefits and the moratorium on evictions are expiring.  “It’s very important for aggregate demand that additional fiscal policy relief be forthcoming,” he said.

Inevitably, things will improve. Evans said his “baseline scenario” for the economy, which assumes the virus will not go away but will be more contained, calls for an unemployment rate of 9 ½ percent by the end of this year, and improvement to 6 ½ by 2021 — and that is the most optimistic outlook the Fed has.

This baseline outline also envisions inflation will stay low and the fed funds rate will stay flat through 2022, he said, which is in line with economic projections of the Federal Open Market Committee.

But given the rise in virus infections — and the chance of a so-called second wave —  as well as the difficulties of how to return children to in-place classrooms, it could get worse, he said. It also could get better. “Anything that can be done to avoid the second wave scenario is absolutely crucial to a stronger economy later this year and into next year.”

“At the moment … because of the course of the virus, (the outlook) is going to depend on therapeutics, masks, containing the spread and getting confidence back up,” he said.

Evans noted that although many workers have been able to work at home, If parents don’t have child care, it is still a challenge. The reopening of schools would be an improvement, but only if they stay open, not if schools close again in four weeks.  “A lot of families are just trying to figure out how everyone goes to work,” he said. “We should all look to our leaders to address this,” he said. “This has been knowable since the spring.”

Monetary policy is in a good place, Evans contended, but it’s inherently limited. “You really need to understand what monetary policy can achieve at this time against the virus, as opposed to other times,” he said.

Fiscal policy is fundamental to a better baseline outlook, a stronger recovery, and getting people back to work safely, he said.

Asked by a reporter about data that is particularly worrisome, Evans said, “Food insecurity, especially for children, (and) low-income individuals, I don’t understand why that’s allowed to persist in a country as well to do as our own. I just don’t understand it. … Income inequality and wealth inequality, this is another dimension of that as well.”

“During the current crisis, we are counting on individuals labeled as essential workers. Essential workers largely are lower-income workers, people who work in grocery stores, people who give us transportation to get us to where we are going. It’s also professionals, health care professionals … but by and large, it is households who, if they don’t work, they won’t have income and they’ll be at great risk. I do worry about that … I think we’ve all seen lines of cars lined up at food banks, and you wonder how long that wait is.”

“A stronger economy, one where we absolutely put in place a public health program that gets us further along with the virus, gets us further along, so we are able to open up businesses and schools safely and go back to where we were, and go beyond that, is fundamental to being successful here,” he said.

“But watching so many people suffer during this time … the tragedy of people who are infected and don’t have access to the strongest health care, or any health care, and so their health status care is already at risk… It’s a real tragedy that we need to address,” Evans said. “It’s not part and parcel of my monetary policy job, but you do take note of how it affects consumer confidence, business confidence, and how we’re going forward.”