Andre Buckles On Hiring During a Pandemic 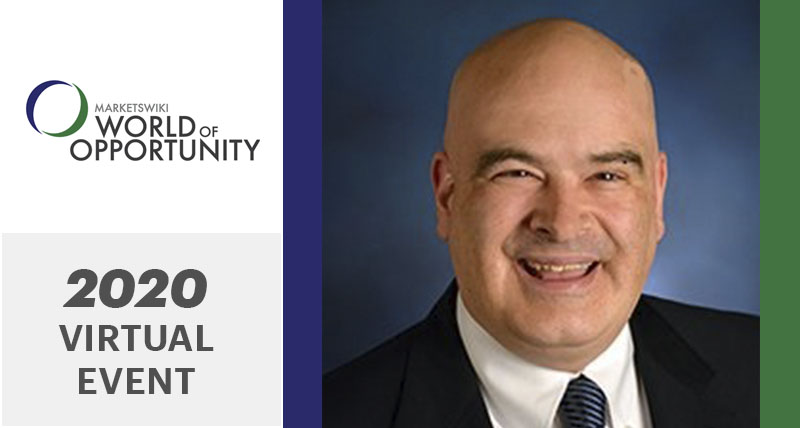 The fourth guest speaker at MarketsWiki Education World of Opportunity 2020 was Andre Buckles, vice president of talent acquisition at the Options Clearing Corporation. Buckles has been hiring people for various companies, including Northern Trust and Zurich North America, for over two decades, and he had plenty of tips for the students in the audience looking for advice on how to get hired.

Buckles explained how the OCC adapted its hiring process to the pandemic. “We have to do our work daily without exception,” he said. “We had to figure out how to continue to hire and onboard, even during a pandemic. Our team has onboarded sixty-two people since March 17, 2020, the last day we had people in our office.” He said March 17 was also the last day the OCC welcomed new employees in-person before the quarantine began.

During the quarantine, Buckles encountered challenges that tested his expertise as he continued to interview new applicants remotely. He said that the lack of a shared physical presence with interviewees could at times make it difficult for both the interviewer and the interviewee to read each other’s body language and other nonverbal social cues, making it harder for both sides to communicate effectively.

Buckles went on to say that because the pandemic made things like webcams and a stable Internet connection necessary for interviews to happen at all, securing these things ahead of time became imperative parts of preparing for interviews for both him and his interviewees. For example, he said, if you have an interview in a city you’re unfamiliar with, you might use Google Maps to prepare by learning the layout of the city: planning a route to the office, figuring out how long it takes to get to the interview site, and picking out a place to park ahead of time. During the pandemic, these worries were replaced by things like making sure you had stable access to the Internet, arranging for privacy (in the case of folks who share a living space), and being transparent with the interviewer about circumstances that couldn’t be dealt with ahead of time.

Buckles said the OCC strives for diversity and inclusion in its hiring practices. He gave his student audience a few key tips for landing a job, based on his experience of having interviewed more than ten thousand individuals over more than twenty years. He said that before a virtual interview, it’s important to make sure your devices – phone, laptop, etc. – are charged and have a good signal, and that you have a quiet, private space to conduct the interview. In general, he said, it’s important to connect with your interviewer during the interview by showing them why you are interested in working for their company. “You want to think about how you’re engaging with people,” he said. “The things that stand out are the questions people ask – how they’re interested in your organization.” He said it’s easy these days to Google a company you want to work for and do enough research to ask such questions. “Asking specific questions makes a big difference,” he said.

In light of China’s recent political moves (its assertiveness over Taiwan, tighter controls over Hong Kong and alleged mistreatment of Muslim Uyghurs) many European nations have either joined with the Biden Administration to further sanction China, or continued to...