Apple’s unusual trading points to options explosion and Reddit boards; iPhone maker’s market value reached $2.7tn this week as hedge funds latched on to retail momentum
Eric Platt and Madison Darbyshire – FT
Puzzling activity in Apple shares this week has strategists pointing to a possible cause: an explosion of trading in options linked to one of the world’s most valuable companies. As the US stock market sank on news of the spreading Omicron coronavirus variant, shares of Apple levitated mysteriously.
/jlne.ws/3xRVWaH

Omicron Triggers Biggest Outflows From European Stocks in More Than a Year
Michael Msika – Bloomberg
During a period of volatility triggered by the emergence of the omicron variant, investors dumped European stocks to the benefit of U.S. peers, maintaining one of the main themes of this year’s market rally.
/jlne.ws/3rxWHV3

Wall Street stocks slide in volatile trade after US jobs report
Naomi Rovnick – Financial Times
Wall Street equities dropped on Friday as investors parsed the latest US jobs report for clues on the direction of monetary policy and remained focused on the spread of the new Omicron coronavirus strain.
The blue-chip S&P 500 declined 1.3 per cent, while the technology-focused Nasdaq Composite was down 2.7 per cent.
/jlne.ws/2ZS78rb

Oil Traders Stampede to the Exit After Dizzying Volatility
Alex Longley – Bloomberg
Oil traders and investors are shutting down their books at a rapid pace, after a remarkable period of year-end volatility.
Combined open interest in four Brent and West Texas Intermediate contracts, alongside the primary gasoline and diesel futures has plummeted to its lowest level since July 2016, according to exchange data compiled by Bloomberg. Almost a million futures contracts — equivalent more than 850 million barrels of oil and fuel — have been liquidated since prices neared multiyear highs in mid-October.
/jlne.ws/3GhI6Bz

Omicron volatility? How ETFs are obliterating 2020’s record, gathering $800 billion in new money so far in 2021
Mark DeCambre – MarketWatch
CFRA’s Todd Rosenbluth tells us that demand for ETFs hasn’t abated amid the recent bout of volatility that has gripped the market, even before the omicron worries took choppy market action to a new level.
Rosenbluth notes that ETFs thus far in 2021, through the end of November, have attracted about $800 billion in new money. That is a stunning figure that crushes the old record of $504 billion, set last year — and we still have nearly an entire month to go. The current tally means that net inflows in ETFs were about $72 billion a month.
/jlne.ws/3omPbL0

HKEX Enhances Product Offering with Weibo Debut
HKEX
Weibo Futures and Options to be introduced on 8 December; Weibo shares to be included in Designated Securities Eligible for Short Selling on 8 December; Issuers can list derivative warrants on Weibo shares on 8 December
Hong Kong Exchanges and Clearing Limited (HKEX) is pleased to announce today (Friday) that it will offer investors more options on Weibo Corporation (Weibo, stock code: 9898) shares after its debut.
/jlne.ws/3pno0yS

An excellent finish to 2021: FOW honors Eurex three times over
Eurex
It is always a good sign when one’s work is acknowledged by clients and the press. Eurex has had this honor already several times this year and now here come the next three awards: a panel of internationally recognized judges at FOW not only named us “Global Exchange of the Year” but also “Exchange of the year – Europe” and “Most Innovative Contract of the Year”.
We are proud, honored and especially excited that the jury recognized that we launched the first regulated market in Bitcoin-related derivatives in Europe with our Bitcoin ETN Futures contracts.
/bit.ly/3G91Ffa

How to Handle S&P 500 Swinging Most in a Year as VIX Soars
Joanna Ossinger – Bloomberg
It’s a volatile time in the markets these days, and fortunately, strategists aren’t lacking for ideas on how to trade the action.
The S&P 500 has moved more than 1% for five straight sessions, the longest streak since November 2020. The Cboe Volatility Index, or VIX, hit its highest level since January on Wednesday and that’s even before the monthly non-farm payrolls number comes out in the U.S. on Friday.
/jlne.ws/3plQLfn

Late Volatility Means No Sudden, Bold IPOs at Year End
Crystal Tse – Bloomberg
If you don’t know what to do then be patient until you do. The state of U.S. equity markets isn’t looking good for big, bold moves. —Crystal Tse
Grab, the Southeast Asian ride-hailing giant, made its trading debut Thursday after combining with Altimeter’s blank-check company in the biggest-ever SPAC merger. Despite having close to no redemptions, the stock dropped 21% to an all-time low on day one.
Mathematically, that makes sense. Shares were trading above the $10 redemption price when investors voted to go with the deal. The early showing is a de facto redemption in which stockholders who didn’t want to stick around to see the merger succeeded chose to sell their positions.
/bloom.bg/3ogRL4Z

Hedge Funds Are Back To The Value Rotation But With Pricey Growth Stocks
Jacob Wolinsky – Forbes
Hedge funds started the year off with a bang, but they’ve been struggling in the last six months. According to Goldman Sachs Hedge Fund Trend Monitor, U.S. equity hedge funds are up 13% year to date but only 3% for the last six months. Additionally, the most popular hedge fund long positions have lagged the S&P 500 by 16 percentage points since February, which may explain why hedge funds are struggling.
/jlne.ws/3IiCDfh

END_OF_DOCUMENT_TOKEN_TO_BE_REPLACED 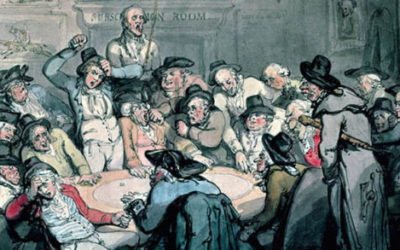