Back in Court with Bcause – Year End Report 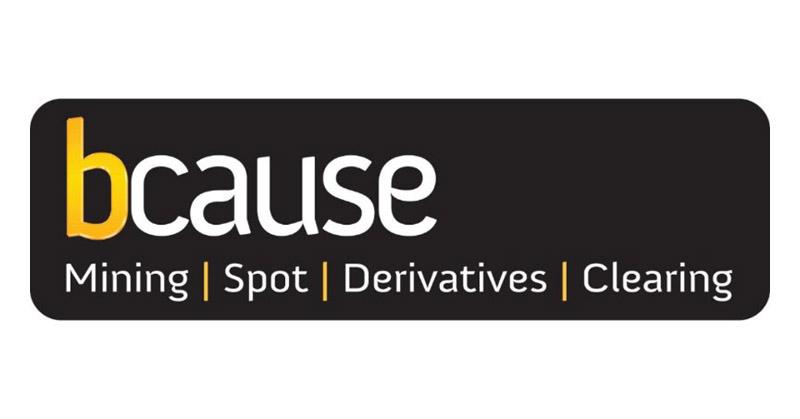 Wednesday was the last hearing scheduled for this year for the Bcause bankruptcy. The next court date is January 7 when the bankruptcy trustee’s disposition of Bcause’s remaining “asset,” the spot market, will be presented to the court.

A trustee was appointed a few weeks ago to oversee the liquidation of the company’s assets and the organization and distribution of cash to the creditors. The trustee reported on Wednesday that the cash condition of the company, which last week was about $150,000 lower than expected, had deteriorated as a result of Bcause making payments that had not been authorized by the court. Some of the payments, like those against checks that had been written before the liquidation but had not cleared at the bank earlier, seemed reasonable to the court. Other payments, like the payroll that Judge Baer had ordered not be paid and miscellaneous ATM withdrawals, continue to pique the court’s interest. Judge Baer told the trustee to investigate those payments.

The company’s legal problems began in April of this year when it sought bankruptcy court protection from creditors. Bcause entered the proceedings owing money to a long list of individuals and businesses that had been very patient with the firm’s missteps. The creditors include a number of free-lance service providers as well as Bcause senior staff.

Bcause’s ambition was to be the whole enchilada of bitcoin. They were first going to establish a bitcoin “farm” in the founders’ hometown of Virginia Beach, whose government showered them with grants and incentives and was using its influence to obtain electricity far below normal market rates. (A bitcoin farm is a data center that hosts bitcoin mining equipment that belongs to third parties. The farm provides just about all of the services the mining equipment owner needs to mine bitcoin successfully.)

The Bcause farm was planned to provide a solid financial and commercial basis for the other parts of the business: spot market trading, a regulated futures market, and a regulated clearinghouse. These additional businesses were to be run from Chicago, although Virginia Beach always was the company’s headquarters. A number of staff members, mostly culled from the ranks of local futures industry experts, joined the operation. The futures market filed an application with the CFTC for registration, which the agency published on its website. The clearinghouse application was never published.

The farm was up and running by November 2017. The first big customer was SBI, the Tokyo based financial services conglomerate, which in October had become Bcause’s first big investor with an investment of about $4 million. The ten or so founders together had previously put up about $1 million, much of it in the form of contributed services, but any of that in the form of cash had long been spent. The farm required a lot of work and expensive investment, and the outside money was quickly gone.

In the meantime, the Chicago-based markets and clearing group was working on its very separate projects. They signed a licensing agreement with Nasdaq for a trading system, and software engineers proceeded to customize it to run the spot market. The software was installed on leased servers in the Virginia Beach facility.

Eventually, the farm was cash flow positive, but that happened just about when the electric company – which, by the way, never got the memo about the way-low pricing they were to provide Bcause’s mining customers – had gone to court to get its bills paid. And then another creditor, Wesco, came into a Virginia court to have its bills paid, and the April bankruptcy ensued. The electric company demanded to be paid in advance for any future provision of service, but Wesco was left with nothing but what it says is – and the court seems inclined to recognize as – a “secured” claim on the assets of the bankrupt estate. Their claim is secured by the default judgment against Bcause entered by the Virginia court.

It took a number of months for the surviving management to be disabused of its dreams of running a bitcoin farm at the beach. Then, as the summer wore on, bitcoin rose in price and the managers decided to pivot into mining for their own account. As the current customers lost interest in remaining customers of Bcause, the managers offered to buy their decrepit miners from them, which they would refurbish into money making machines.

One of the fascinating aspects of the bankruptcy proceedings was the interplay of what the law wants, what the judge can do, what the creditors want and what the debtor wants. In this case the debtor (Bcause) has been trying to stay in business, holding on to some part of its dream. Wesco just wanted to be paid. But when Wesco forced a trial on its motion mid-summer, Judge Baer ruled for Bcause and the other creditors with obvious reluctance. She said the standard she had to apply was whether Wesco had demonstrated that a successful recovery plan could not be presented, noting at the time that the one Bcause had submitted certainly was not a successful recovery plan.

The other creditors’ only hope for recovery of some of their losses was that the business be re-organized and re-launched in the hope that it would make some money. The available cash otherwise goes to Wesco and the attorneys. So the other creditors supported the Bcause management throughout the proceedings.

At some point during the bankruptcy, acknowledging that its plans for a mining operation would not save it, Bcause management pinned its hopes on the prospects for a spot marketplace for cryptocurrencies. Whenever Bcause submitted budgets and financial forecasts to the court, it included a prospective, but nearby, date for launching the spot market. Seemingly without court approval, Bcause set up a new subsidiary called Bcause Secure which would own and operate the spot market. The parent company transferred the IP into Secure. According to management, Bcause possessed valuable intellectual property in the form of its software enhancements to the trading system licensed from Nasdaq plus the goodwill connections to banks and settlement services.

A team of the surviving managers and Bcause insiders from Virginia proposed that it take over Secure – which was not bankrupt – from Bcause. This group would put in additional funds to get the market off the ground and would have to seek additional outside funding to assure a year or two of operation.They were not proposing to pay Bcause anything but would take over the Nasdaq contract, which comes with a payment obligation for fees in arrears of about $800,000. The court was skeptical and wanted to know how much Secure might be worth to others before it further considered selling it to the management group.

Bcause advertised that it was soliciting bids for Secure in this publication and on Coinbase, resulting ultimately in a single serious expression of interest from a group led by Fred Grede, the former CEO of Bcause. Before discussions could advance, the court ordered the liquidation of Bcause, and now it is the trustee’s problem to address. The trustee reported on Wednesday that he was pursuing the bid from the Virginia Beach team and that he is preparing a plan that he will file with the court shortly. The trustee intends to use the bid as a stalking horse.

The competition to take over Secure comes at a less than propitious time for cryptocurrency trading platforms. On Monday, Estonia-based DX.Exchange ceased operations after launching 10 months ago. It was using the Nasdaq trading and surveillance software. It is looking to be acquired. Einstein.Exchange, a Vancouver, British Columbia cryptocurrency platform, was taken over by the courts after it reported last week that it was winding down business, and Einstein’s customers reported that they were not able to get their funds off the exchange.