Bakkt is looking to beat CME to the punch on options tied to bitcoin; Investors are getting increasingly worried that a recession or major market crash is coming, Allianz says 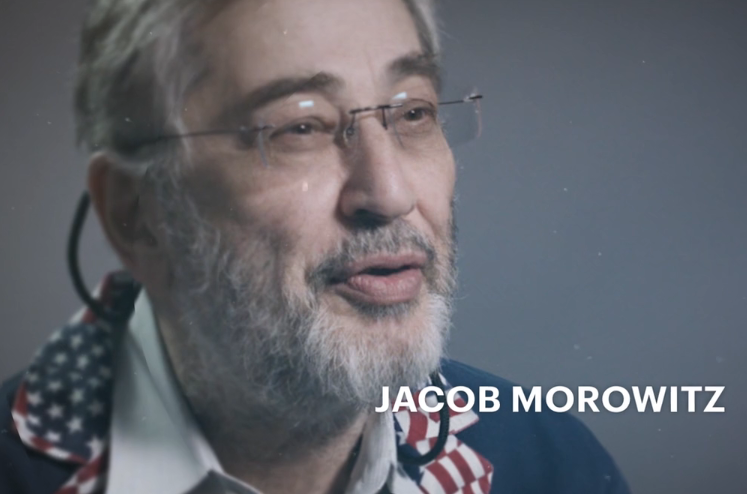 Jake Morowitz came to the Chicago Board of Trade as a philosophy major and a member of the Students for a Democratic Society. A former professor recruited him to come work in the markets and he was hired as a researcher. He bought his first membership with the help of Leslie Rosenthal. He talks about his interaction with one of the FBI moles who was in the soybean pit. After leaving the exchange and spending some time in Paris, France, Morowitz returned to the exchange and formed USA Trading to help clear fellow traders. Today USA Trading is a division of INTL FC Stone. Here is Jake’s story of coming to the markets and trading in them.

Bakkt is looking to beat CME to the punch on options tied to bitcoin
Frank Chaparro – The Block Crypto
It wants to beat its rival CME, which is eyeing a 1Q20 launch for its own bitcoin option contract
Intercontinental Exchange’s cryptocurrency venture Bakkt is eyeing the launch of an additional derivative tied to the bitcoin market, according to several sources with knowledge of the firm’s product roadmap.
bit.ly/2papRvy

Investors are getting increasingly worried that a recession or major market crash is coming, Allianz says
Carmen Reinicke – Markets Insider
Investors are growing increasingly worried that a major recession — and an accompany [sic] market crash — is coming, according to a recent study by Allianz Life.
In the study — which surveyed more than 1,000 adults in August — 50% of investors said they worry about a recession coming soon, up from 48% in the second quarter and 46% in the first quarter of this year. Similarly, 48% worry about the market crashing, up from earlier in the year as well. Both are the highest readings on the survey since the beginning of 2018.
bit.ly/2B1878s

Wall Street Rush to Safety Is Biggest Since Lehman Brothers Collapse
Michael Msika and William Canny – Bloomberg
Investors haven’t been this bearish since the collapse of Lehman Brothers. At least that’s what their positioning is signaling, according to Bank of America Merrill Lynch strategists.
Over the past six months, money market funds attracted $322 billion of inflows, the largest flight to safe assets since the second half of 2008. In similar fashion to 2007 and 2008, investors raised their cash holdings despite falling interest rates.
/bloom.bg/35nUDSa

The Mental Game of Dealing with Volatility
Martin Tillier – Nasdaq
A chart of the last couple of months of price action in the S&P 500, as shown below, is a pretty scary thing for investors. That isn’t because it shows big losses over time. The index is down only 1.3% from the end of July to yesterday’s close, but because the path there is littered big swings, often involving sizeable gaps between the close one day and the opening the next. In other words, the market has been volatile, but hasn’t really moved very far. The question is, how should ordinary investors deal with that kind of market?
bit.ly/31aaalc

Pound Having Best Two Days in a Decade on Pivotal Brexit Moment
Vassilis Karamanis and John Ainger – Bloomberg
After spending almost the whole year betting Brexit woes would weaken the pound, traders are now on red alert as the potential for a divorce deal sends sterling flying higher. The U.K. currency jumped the most over two days since 2009 after Thursday’s positive meeting between Prime Minister Boris Johnson and Ireland’s Premier Leo Varadkar. That was followed by further supportive comments, before a recommendation that Britain and the European Union enter into line-by-line negotiations on a Brexit accord.
/bloom.bg/2VzJ2er

Oil Prices Climb After Iranian Tanker Damaged in Possible Strike
David Hodari – The Wall Street Journal
Oil prices climbed Friday after an Iranian tanker near the Saudi Arabian coast suffered damage in what the ship’s owner suggested may have been a missile attack. Brent crude, the global benchmark, was up 1.7% at $60.10 a barrel on London’s ICE Futures exchange. On the New York Mercantile Exchange, West Texas Intermediate futures rose 1.9% to $54.58 a barrel.
/on.wsj.com/2IFOeIe

FLASH FRIDAY: Upping the Ante
John D’Antona Jr. – Traders Magazine
Today’s traders aren’t just people that know how to read or get the “feel” of the market and trade it, rather they’re specialists with entire skill sets. It’s not enough to graduate [sic] Wharton or the University of Chicago with a finance degree, instead one needs to study quantitative theory, data mining, financial engineering and the like. “It is clear that the fundamental processes of the buy-side and sell-side are becoming more data-driven and there is no question that the value and necessity of data is growing,” said Jack Miller, Head of Equities at Baird in New York. And he, like others in the business, must be ready and able to digest reams of it in order to execute properly.
bit.ly/33rgIO6

New Hedge Funds Survive Better in Asia Than U.S.: Goldman Sachs
Bei Hu – Bloomberg
New hedge fund firms have a higher rate of survival in Asia than the U.S., according to an internal study by Goldman Sachs Group Inc.
The research, compiled in July, showed that the bank’s prime brokerage business in Asia worked with 129 hedge fund startups over the 10 years through 2018, with 64% of them still alive. That compares with 52% for the 468 launches Goldman took on in the U.S.
/bloom.bg/2AZRyd0

Free Trades Are the Lollipops of Online Brokerages
Telis Demos – WSJ
A cynic might assume the move to zero commissions on most trades is part of some secret trick by online brokers to make money off clients in a new way. It isn’t.
Charles Schwab, TD Ameritrade and E*Trade Financial do generate revenue in other ways. But the move to zero commissions seems mainly driven by competitive market forces. In the end, it will make them more bank-like, putting them firmly in the business of lending or investing cash collected from savers.
/on.wsj.com/2q7ixRX