Bcause in Talks With Bitmain, Others To Climb Out of Debt 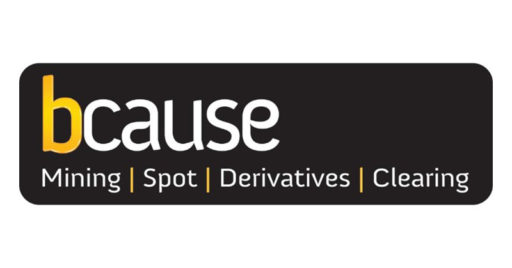 Bcause, the cryptocurrency mining company whose name is most likely to be autocorrected by one’s phone, is attempting to fight its way out of bankruptcy. Its battle plan? Raise some capital and start new businesses.

The company’s bankruptcy was filed last month, less than two weeks after it lost a lawsuit to Wesco Distribution, which allowed Wesco to garnish the Chicago bank account of Bcause LLC and Bcause Mining LLC.

On May 8th, 2019, Bcause’s bankruptcy hearing took place in downtown Chicago. Thomas Flake, the founder of Bcause, was in attendance, along with his legal representatives, Scott R. Clar and Jeffrey C. Dan of Crane, Simon, Clar & Dan; so were almost a dozen lawyers representing Bcause’s creditors.

Things got off to a roaring start when the judge presiding over the hearing, the Honorable Janet S. Baer, expressed unhappiness upon learning that she, as well as many representatives of Bcause’s creditors, had not received copies of the bankruptcy schedule forms pertinent to the case. It only got better from there – during the initial statements of the hearing, Judge Baer said she hadn’t previously been aware that one of the creditors – BMG Operations Ltd. – was not only part of the case but was owed $3 million by Bcause Mining LLC. Bcause attorneys attributed the administrative disorganization to Bcause being “short handed.”

When Thomas Flake was called to the stand, he explained that the main business of Bcause is mining cryptocurrency for customers, who pay a fee for the service. He said that the company nets profits of, on average, $1 million monthly. Lately, those numbers have been lower for a number of reasons. For one, the garnished wages won by Wesco (which had three attorneys in attendance) had made it harder for the company to pay back its outstanding debt, as well as to cover the company’s operational costs, including payroll.

The profit garnishment isn’t the only reason the company has fallen on hard times; Flake said the decline of the cryptocurrency markets in 2018 was also a major factor. Flake claimed that, although Bcause “has no direct exposure to cryptocurrency” (I can only assume he meant that the company’s profits are not tied directly to the price of bitcoin), the massive price decrease of bitcoin, also known as “Crypto Winter,” had made mining as a business less profitable, causing many of its customers to reconsider their patronage.

Flake said Bcause was looking at multiple strategies to recoup its losses and pay back its considerable debt. For one thing, he said, although “there have been no serious talks to sell the company,” Bcause was looking at liquidating some of its assets. They had gone through 5 or 6 iterations of bitcoin miners, he said. On average, a miner would suffice for about 18 months before it would become obsolete. When this happened, he said the old miners were usually sold off and replaced by new, top-of-the-line mining rigs; this had made the company’s employees quite familiar with the secondhand bitcoin miner market. He also mentioned the company’s pending application to launch spot trading products – as well as a few other ideas. Flake said the company would also consider launching derivatives trading, and consider beginning to profit off of their own mining operations. He also mentioned that the company was discussing shared revenue and shared space deals with multiple crypto mining firms…including Bitmain, the world’s largest cryptocurrency mining pool operator and mining machine manufacturer.

Flake was hazy on the details of this deal, but the concept of Bcause and Bitmain “pooling” their resources is intriguing. Since the beginning of 2019, the price of bitcoin has increased almost 50 percent, making crypto mining slightly more profitable. Still, Bitmain has no shortage of its own problems; aside from Crypto Winter, Bitmain’s hashing power disclosure released on May 7th revealed that the company’s hashing power had decreased by 88 percent. This could suggest the company has started running fewer machines, which is not a good sign for the crypto mining industry. By sharing resources the two companies could potentially save money…whether they would save enough money is another matter.

Flake said that, once Bcause’s bankruptcy case was settled and the company received a green light from the CFTC, Bcause would attempt to raise $350,000 from “inside investors” to launch its spot trading product, claiming they had promised that they would pledge the money. He also cited “historical comparables” for the behavior of the crypto markets in 2017 and 2018, and that the future was likely bright for businesses seeking to launch crypto derivatives and spot trading.

Few people in the room aside from Flake and his attorneys seemed to be satisfied by this plan. When asked by David Agay, an attorney with McDonald Hopkins LLC representing Wesco, if Flake expected “everyone in the room” to take his word and “gamble on bitcoin,” Flake gave a noticeably hesitant response. “Not…exactly.”

For Flake’s sake, I hope he’s right. He also mentioned that SBI Holdings, its biggest customer (and also the company responsible for half of the company’s average monthly earnings) would be leaving the crypto mining game for good by the end of 2019. If Bcause is to survive, it needs more than a gamble – it needs a fully successful Hail Mary. Or two.