Bitcoin’s role in the Mueller investigation 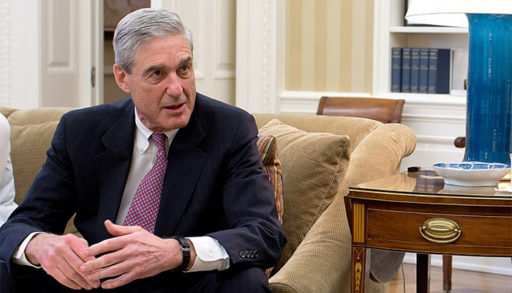 listen to the article

What do the investigation by FBI special counsel Robert Mueller and bitcoin have in common? Potentially, they’re both connected to a Russian hacker named Alexander Vinnik.

The crypto world is lousy with individuals who have criminal records, in addition to all the criminals who haven’t been caught yet. Among those in the former is Alexander Vinnik, a Russian programmer affiliated with the bitcoin (BTC) exchange BTC-e, which has been indicted by a grand jury of the Northern District of California for operating an unlicensed money service business, as well as helping cybercriminals by laundering up to $9 billion worth of money using bitcoin. It was also the first and only crypto exchange found to have had a direct connection to the 2014 hacking attacks against the bitcoin exchange Mt. Gox, one of the first and worst cyber attacks in crypto history. That attack cost bitcoin holders tens of millions of dollars worth of digital assets. If you compare bitcoin’s prices in 2014 to its current prices, that amount has now increased tenfold despite the massive price decreases in bitcoin and altcoins this year.

Vinnik was arrested while vacationing with his family in Greece in 2017. Since then, government agencies from the U.S., France, Greece, and Russia have been locked in a legal battle for the right to extradite him, or in Greece’s case, put him on trial. The U.S. government (which includes the U.S. Secret Service, the IRS, the FBI, and even ICE) claims that Vinnik must stand trial in the U.S., because many of the victims of criminal activity linked to BTC-e were Americans. France has made similar claims. The Russian government has remained firm in its stance that since Vinnik is a Russian national, he must stand trial in Russia. In September, the Supreme Court of Greece ruled in favor of Vinnik’s extradition to Russia, although according to the Russian news company TASS, in late November the supreme court of Greece was in the process of discussing Vinnik’s extradition to France instead. Recently, Vinnik’s lawyers announced that he had gone on a hunger strike to protest Western extradition.

Since he was caught, Vinnik has insisted that he is innocent of any wrongdoing. He claims that he was not involved with criminal activity, that his role at the exchange was largely technical, and that he was not the one supervising the exchange. Despite this, he has become the focal point of a battle between four sovereign nations for over a year. He has even been the target of at least one assassination attempt while in prison, which Greek authorities thwarted. He has also been linked to hacking attacks against other exchanges including Bitcoinica and Bitfloor. Beyond that, the data firm Elliptic has found evidence that implicates Vinnik as playing a role in the attempts by Russian agents to influence the 2016 elections.

According to Elliptic, some of the bitcoins used to launder money with BTC-e were linked to “Fancy Bear,” a hacking unit believed to be under the direct supervision of Russian military intelligence. That same unit has been accused by special counsel Mueller of stealing emails from officials of the United States Democratic party in order to influence the election. Based on this connection, it is possible that Vinnik may have some information that could aid in the FBI investigation on Russia’s 2016 cyber attacks against the U.S.

Of course, if Vinnik is extradited to his native Russia, it won’t matter what he knows; as hard as the Russian government has been fighting to keep Vinnik out of Western hands, it’s quite unlikely they will share any information learned from Vinnik regarding an investigation on hostile actions by Russian government officials. Whatever Vinnik knows, apparently it’s worth killing for.