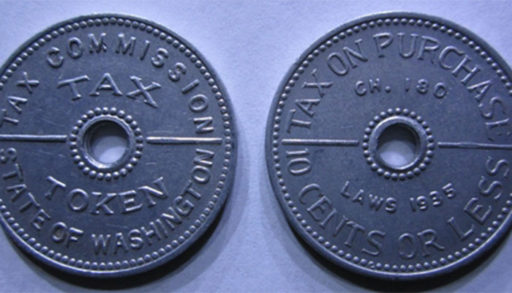 The blockchain space is full of both technical jargon and empty, flashy buzzwords. It is sometimes hard to tell which is which – this can make trying to learn anything about the space a vexing task.

One of the most important terms to know is “tokenization.” If you’ve given blockchain literature or news articles even a cursory glance, you’ve probably come across this phrase at some point.

A “token” should not be confused with a “currency.” While both are effectively stores of value, there are key differences between them: a currency is typically issued by a government and can be used in any market, from a cash-only farmer’s market to an institutional trading platform.

Tokens, on the other hand, are meant for very specific purposes in very specific environments; they aren’t fungible outside of the environment or system that produced them. If this distinction seems confusing, first, take solace in knowing that you are not alone. This stuff can get complicated, quick.

Second, think of it this way: a euro is a form of currency that can be used as a medium of exchange for almost anything, while a Chuck E. Cheese’s token can only be used within the confines of a Chuck E. Cheese’s restaurant, and even then only to activate video game consoles. You can’t pay for pizza using the restaurant’s own tokens.

The same principle can be applied to blockchain-based digital economies. For example, let’s go back to that luxury condo building in Manhattan’s East Village for a second.

The listing broker handling the process of financing ownership of the building, Ryan Serhant, worked with two blockchain development companies to execute the tokenization process. One of them is the digital assets firm Propellr. For this project, Propellr joined forces with Fluidity, a company that specializes in tokenizing tradable assets, to develop software that created digital real estate securities in the form of tokens. These tokens represent shares of the East Village building, which anyone can view on Ethereum’s blockchain.

Usually, if I wanted to prove that I owned two shares of a building’s real estate value, I would have to contact a third party responsible for managing that information and all pertinent documents, which can be a slow and expensive process. If I wanted to prove that I owned, say, two shares of the tokenized building, I could direct people to a website that displays the blockchain on which my receiving of those two shares was recorded. Then, I could tell them the correct block number, and ask them to see for themselves – the blockchain would display a record showing that I possessed two shares of the building on a ledger designed to be unalterable once recorded. If I wanted to, I could also show that person a list of all the transactions that have been made using my public address on the blockchain to show I had not traded those tokens away.

The Ethereum platform allows developers to build apps on it, as Facebook does. Using Ethereum, the software developers at Propellr and Fluidity turned the condo building’s shares into digital tokens, which can be bought individually by investors. This means that, instead of traditional shares, those who want to have some stake in the ownership of the building must buy the digital tokens, which represent securitized shares. Doing it this way removes the need for intermediaries such as banks – yet, since every transaction involving these digital tokens is recorded on a public blockchain, the process is maintained in a transparent way.

You might be asking. “Can’t you invest in real estate the old-fashioned way?”

Of course you can, provided you have the capital necessary to do so. The difference is that tokenized shares of real estate allow investors to invest in property with very small investments. Since shares are sold piecemeal through individual tokens, each of which represents a share of the building, the minimum amount of money required for investment is much lower than what would typically be required through a traditional investment firm. This is partly because it’s all managed on a blockchain without the need for intermediaries, which lowers the administrative costs of investing.

If you’re a seasoned investor, innovations such as these may seem like a fad, or a scam laden with window dressing to hide a faulty or dishonest business model. When you look at it this way, it seems insane that anyone would consider investing in such a thing.

But for many, lowering the barrier of entry makes it possible for the first time to invest in things like luxury condos in the East Village. And that’s just one example of what it’s capable of – the tokenization of assets, like blockchain, is an idea still in its early stages.