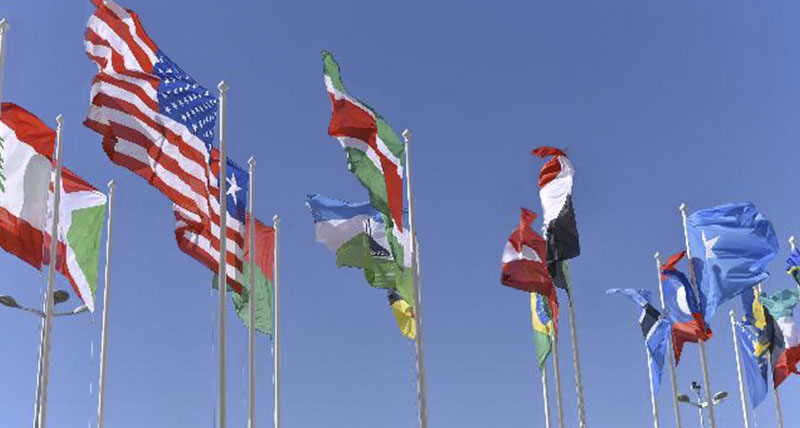 One day the world will recover from the COVID-19 pandemic, but what will a recovery look like and when will it take place?

Societe Generale’s Klaus Baader, global chief economist, and Sophie Huynh, cross-asset strategist for the French bank, tackled those questions in a webinar last week by outlining possible scenarios for 2020 and 2021, although they acknowledged that the outcome of the U.S. presidential election and prospects for a coronavirus vaccine remain unknowns.

To date, activity has sprung back powerfully in many economic sectors from the collapse that took place amid COVID-related lockdowns, Baader said, putting the U.S. and much of Europe in what he characterized as a V-shaped recovery from the shock of the pandemic. The U.S. and Europe took similar hits in exports, he noted, but the Euro zone’s recovery began sooner.

“However, the initial rebound was the easy part,” Baader said. The hard part is keeping the expansion on course, and it will inevitably slow beyond the third quarter, he said. Growth “will require continued fiscal and monetary policy support, as well as a sound balance between public health and economic concerns.”

“The evidence on economic growth supports our base case in which the economic slump in second-quarter 2020 would be severe,” he said, “but followed by a powerful rebound in the third quarter and solid growth in the fourth quarter.”

Focusing on equities, strategist Sophie Huynh noted that short interest in S&P 500 shares fell in August to its lowest level since 2018. That’s usually a sign that investors are bullish on stocks, but “it was the capitulation of bears, rather than the exuberance of bulls” that fueled the S&P rally this summer, she said.

Huynh also noted a definite “preference for equities versus Treasuries” at this point, not just because of a low-rates environment, but also because of continued dividend payouts from stocks, which she estimated at $116 billion in second-quarter 2020.

The technology and defensive sectors have led the equity rally since March 23, 2020, she noted. The S&P 500 Index excluding FAANMG (Facebook, Amazon, Apple, Netflix, Microsoft and Google) is still down 3.8 percent year-to date as of September 11, she estimated; excluding the growth and defensive sectors, the S&P 500 is down by 5.3 percent year-to-date.

With a “Goldilocks environment” —  low inflation and moderate growth — still intact, Huynh expects the S&P 500 could “overshoot”  to 3,700 before first-quarter 2021. But over the medium term, from second-quarter 2021 onwards, it’s difficult to justify the S&P 500 at an all-time high, she said, as risks skew to the downside amid an expected widening of credit spreads, rising Treasury yields and more normalized levels of GDP.

In the meantime, the November U.S. election bears watching, Huynh cautioned. There is “no complacency” evident in the markets regarding the U.S. presidential election, she said.

In a Monday interview, Huynh explained she is tracking VIX futures’ term structure for October, November and December contracts, which show a definite “hump” or rise in October ahead of the elections. That’s not unusual ahead of a major election, she said, but a complacent market also would have seen a recovery in cyclical shares, and those continue to lag the broad market.

Similarly, “from an investment perspective, the (COVID-19) vaccine is not priced in,” Huynh said. “If we don’t have a vaccine, it will likely trigger another leg of the bear market,” she predicted.

Baader said his upside scenario for global economic growth assumes an effective treatment for COVID-19 would be found in a “relatively short time frame.” On the other hand, “we think of the downside scenario as one in which there are serious setbacks in unlocking economies” because of increased cases, “i.e., the dreaded second wave.” He assigned a 20 percent probability to his downside scenario, more optimistic than a 30 percent probability assumed in June.