Warning: trim() expects at least 1 parameter, 0 given in /home/customer/www/johnlothiannews.com/public_html/wp-content/themes/Divi/includes/builder/functions.php on line 12307
 Brace yourself. It may be time for a financial transaction tax | John Lothian News
(312) 203-5515 johnlothian@johnlothian.com
0 Items

Brace yourself. It may be time for a financial transaction tax

This is a subheader 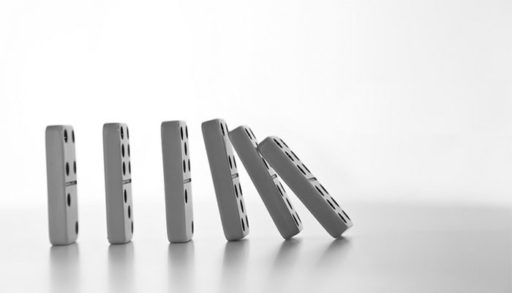 In the past few the financial transaction tax (FTT) has been suggested and floated everywhere from Chicago’s mayoral election campaign to candidates for the new presidential election. The search for new tax revenues often mentions Wall Street and LaSalle Street, and this time we may see a tax come into the securities and derivatives markets. And why not? Most voters carry a dim view of Wall Street, and financial markets will likely take a further beating in the to the 2020 US presidential election.

The 2018 American Enterprise Institute report “Public Opinion 10 Years After The Financial Crash,” cited a 2017 Cato/YouGov survey rating opinions of nine business and political categories. On a scale of 0 to 100, with 100 being warm and favorable, 57 percent viewed Wall Street unfavorably and 21 percent said favorably. That was dead last in “favorable” rankings behind large businesses, 35 percent, the federal government at 31 percent and, gulp, behind used car dealers at 26 percent and Congress at 23 percent. We’ve had three government shutdowns since the survey, so who knows, Wall Street may have powered ahead of Congress. And that’s just part of the report’s study of just how much the general public loves Wall Street.

In Chicago, at least two of the 14 candidates for mayor supported an FTT. Neither won. But Chicago and the state of Illinois are in serious debt. On the national stage, the US national debt stands at about $22 trillion. Even if politicians don’t plan on mentioning fiscal solutions for the debt, they are fond of finding ways to fund new ideas. Transaction taxes fit nicely into the narrative, as Sen. Bernie Sanders proved on the 2016 campaign trail by calling for free college funded by a financial transaction tax. Hillary Clinton, by the way, also supported an FTT.

A recent public radio program, “Worldview” recently featured two economists who outlined just how the FTT might work in Chicago. (It does need to be passed by the Illinois state legislature, not just by the city). What emerged in the discussion was that some CME and Cboe Global Markets exclusive contracts could be taxed without fear of other exchanges gaining an advantage. For example, it is conceivable that CME’s and Cboe’s S&P futures and options contracts, respectively, could be taxed, as they are not traded elsewhere. One could even make the argument that VIX and CME’s Eurodollar or Bond futures could be fair game.

The last time the FTT came up seriously in 2016, CME chairman and CEO Terry Duffy dug in and wrote an op/ed piece in Crain’s Chicago Business arguing that an FTT “would not only fail to resolve the fiscal problem; it would make matters significantly worse and instigate a fiscal death spiral.” The proposal at the time was to tack on a small percentage tax on the notional value of the contract. Duffy argued that it was not only infeasible to determine the tax on millions of contracts traded as prices but that adding a seemingly small tax could increase the costs by up to 800 percent.

Last month, Jim Toes, president and CEO of the Security Traders Association, pointed out a proposal by presidential candidate Sen. Kirsten Gillibrand (D-NY), calling for a .1 percent tax on the value of securities traded. She estimates that the tax could generate $777 billion over a 10-year period. “At first glance $0.10 per every $100 does not appear to be significant until you realize that an investor who purchases just 10 shares of Amazon, a roughly $16,000 transaction, would pay $16 in taxes.” Sen. Brian Schatz, (D-HI), is about to introduce a similar bill, according to a report by Vox.

Meanwhile, Sanders just launched his run for president, and tuition-free college is part of the platform.

This isn’t the first go around for the financial transaction tax. It’s been floated for more than a century. In fact, a CME Group fact sheet on FTT mentions the first futures transaction tax, which ran from 1898 to 1901 to raise money for the Spanish American War and then again from 1916 to 1918 for World War I, and later plugged into for general revenue purposes from 1919 to 1938.
What was the result? Trading volume fell almost 15 percent when the tax was set at one basis point.

There are many studies of the impact of transaction taxes that showed A) taxes did not meet forecast revenues, and B) pushed volumes to other jurisdictions, as happened when Sweden tried it and lost significant securities volume to London. There’s also the argument that FTT will upset the dynamics of the market, eliminating speculators by increasing the cost of liquidity.

The problem here is that the political wave for FTT is building and the industry explanations for why it is a lousy idea often come across as wonky and irrelevant to the average consumer. To them, making high frequency traders pay a .1 percent tax to generate $777 billion seems like a good deal. Benedictine University Economist Ron P. Baiman, who is a member of the Chicago Political Economy Group, estimates an Illinois tax on exclusive CME and Cboe products would generate $12 billion – a nice chunk of change to pull Chicago out of its fiscal mess.

Never mind if 401k or pension plans gets dinged by pulling liquidity out of the market. That won’t be mentioned. And who really is going to believe the exchange CEO who says, “You know, they can just trade a similar product elsewhere.” And heaven help the exchange leader who threatens to pick up his headquarters and leave, or moves exchange servers to the Bahamas so customers can avoid taxes. Doable, yes. Advisable, not so much.

The bottom line is, there are political winds blowing in the US for more revenues. Whether futures and securities industries can once again fend them off is probably more difficult than in recent decades. If the industry can come up with some clear and practical messages for lawmakers, it may be able to do so. If not, it may want to look at minimizing the tax to an acceptable level for the industry and claiming victory for Chicagoans or the American people. But pointing the finger to tax elsewhere is getting harder.