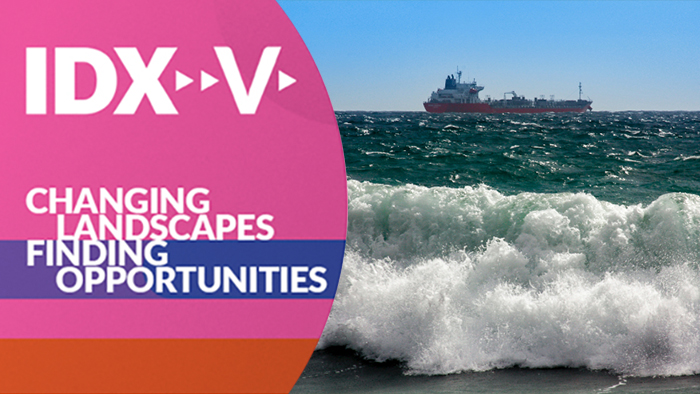 The closing session of IDX-V Day 2 offered ICE pumping its own oil in the form of an infomercial (“sponsored session”) about ICE Brent crude futures. The two-person session had Chris Edmonds, ICE Global Head of Clearing and Risk, as master of ceremonies, and ICE Head of Oil Market Research Mike Wittner as the sole other speaker.

Wittner knows his stuff and provided a very clear and informative overview of the key attributes (read “advantages”) of ICE’s (actually, ICE Europe’s) Brent crude futures contract in light of the recent turbulence in both the spot and derivatives markets for crude oil. Brent crude futures is a cash-settled contract that settles to the prices of waterborne crude. It is relatively simple to add storage capacity to the Brent oil field in the North Sea because it requires making ships available.

Because the commodity that the ICE contract prices is already waterborne it is ready to be shipped anywhere. It is one of the most flexibly available components of global supply, rendering the contract an indicator of global prices, in ICE’s view.

The CME’s (actually, NYMEX’s) contract trades for delivery into pipelines in Cushing, Oklahoma which feed into and are fed by fixed storage. It was the limited capacity of the fixed storage that led to the April 20 market ugliness in the CME futures contract.

Wittner pointed out that the trouble with the CME’s May futures contract might have been expected simply in light of the persistent huge open interest in the last days of the expiring contract. What little seemingly “available” storage that was there had been contracted for and would not be available to longs taking delivery on the contracts. Edmonds noted that newspaper articles after the futures settlement uncovered a large number of unsophisticated traders who were long on the last few trading days of the contract.

During the live Q&A session, Wittner, circling back to the benefits ICE’s waterborne, cash settled contract offers, said that the Brent crude futures contract historically has shown lower volatility than the CME contract and that it was therefore cheaper for global market players to use for a hedge.

Traders, though, seem to like the CME price action well enough. From January to May 2020, CME traded almost 30 percent more crude oil futures contracts than ICE.  Also, commercial firms do not need hedging tools as much in less volatile markets.