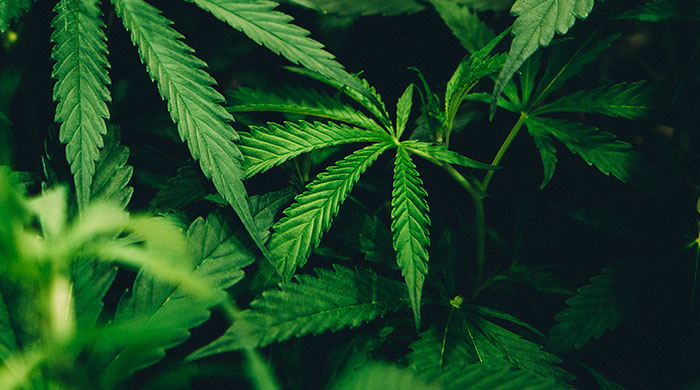 Photo by Matthew Brodeur on Unsplash

Hemp can be a confusing, jargon-heavy topic. Please see the “Background” section below for a description of the hemp industry that we hope will help with terminology. This report focuses on CBD-rich hemp, the production of which dominates U.S. output of industrial hemp.

As part of our evolving coverage of all aspects of the cannabis business, John Lothian News is passing on information and insights about industrial hemp to our readers on a monthly basis. Our partner in this endeavor, PanXchange, last year launched an electronic market for businesses all along the CBD-oriented hemp supply chain. Their monthly newsletter provides ample interesting data as well as analysis for, chiefly, CBD-oriented hemp markets.

CBD-based products have established a strong foothold in the alternative therapeutics niche of the consumer market. The COVID-19 outbreak, whose widespread shutdown orders obliterated much of the storefront demand for CBD products, has prompted a surge in online purchases. Some observers seem to believe that COVID-19 has led to a secular increase in demand for CBD due to its alleged calming and soporific qualities.

Hemp is being planted around the country this month, but apparently less will be planted this year than last year in states like Colorado, Kentucky, Tennessee and Oregon, which have been producing industrial hemp beginning as early as 2015 under the USDA’s hemp pilot program.  Since the 2018 Farm Act lifted the general prohibitions on hemp farming, hemp cultivation is subject to state-administered licensing programs.

While some of the largest state programs are granting far fewer growing licenses in 2020 than last year, only Virginia and North Carolina, states with large programs, have seen notable increases in license applications. Texas and Missouri, both with large programs, along with a handful of smaller state programs, are newly coming online as hemp producers in 2020. They could harvest significant amounts this year. The number of acres planted this year might not, however, decline in line with the decrease in number of licenses if marginal producers and farmers who experimented with hemp in 2019 do not renew licenses this year.

While in the long run expansion of hemp production to more states will be beneficial to the industrial hemp economy as a whole, it almost certainly will exacerbate the current low pricing in the CBD markets. About this time last year, prices for minimally processed hemp (“biomass”) were nearing their lifetime highs — pushed higher by growing markets for CBD-based consumer products.

Prices trended gradually upward during the 2019 planting season, which was uncharacteristically cold and wet across much of the U.S.  Then in August prices fell off a cliff. Biomass, which is priced according to its CBD content, at the end of April was worth less than 20 percent of last year’s peak. There were no upticks in PanXchange’s 2020 price charts for CBD further along the processing chain (“distillate” and “isolate”).

There may be an upside to a glutted market for CBD-rich hemp that is facing a potentially expanding producer base: other types of industrial hemp are becoming economically more attractive to plant and harvest. PanXchange notes that there are new facilities for processing hemp for fiber and other uses coming online in Kentucky and other Southern states.

Biology links industrial hemp to the medical marijuana and adult use marijuana available in Illinois and other state-licensed dispensaries. Industrial hemp is legally defined in the U.S. and many other major jurisdictions as any cannabis plant that has no more than 0.3 percent THC, the psychotropic compound in marijuana that, among other things, can get you high.

Hemp had a long history in American and European industry. Valued primarily for the strength of its fibers, hemp found widespread use in rope, textile and paper products. While hemp was a major national crop in the U.S. in the 19th century, the gradual popular discovery of the psychotropic aspects of hemp buds and flowers generated social resistance in the early 20th century. A majority of U.S. states banned its cultivation until World War II’s demand for strong fiber ushered hemp back into production. In 1943, the U.S. produced more than 150 million pounds of hemp directed to the war effort, the peak production level.

By 1960, there was no longer any domestic production of hemp. Consumption of hemp — and thus its importation — continued in the form of fiber and textiles and eventually in the form of non-THC therapeutic applications.

Cannabis contains at least 113 different compounds called cannabinoids. THC is one them. CBD is another one of them and cannabis plants contain both. Marijuana is simply THC-rich cannabis. Neither compound has been rigorously studied so far.