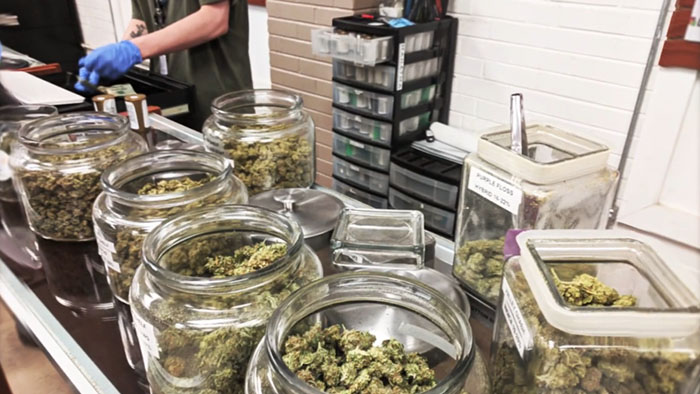 The prices for unprocessed hemp for CBD (CBD biomass) and for distilled CBD have consolidated at low levels, according to May data reported by the PanXchange, holding at about 20 percent of last year’s peak prices posted shortly before the harvest started.

Around this time last year, CBD-hemp prices started on a tear that didn’t let up until a dramatic price collapse in August. Hemp grown for CBD production currently dominates non-marijuana cannabis production and consumption.

Last year’s generally wet spring supplied the moisture that benefits hemp germination and the first weeks of growing and, it turned out, everybody planted some hemp last year.

(Not really, although it seemed that way. Producers still need a hemp growing license from their states and must comply with state regulations. Hemp legality is predicated on the basis of states’ ability to segregate it functionally and commercially from marijuana.)

Will prices repeat their early summertime upward trajectory this year?

“Ultimately time will tell if the market will absorb the 2019 biomass surplus,” our friends at PanXchange note in their May 2020 Hemp Benchmarks & Analysis. There does seem to be a lot of CBD-hemp in storage waiting for that scenario to play out. And that, of course, is just what will keep the market scenario from playing out again.

PanXchange explains that some farmers have held back both biomass and crude hemp oil, storing it in their own facilities, in the hope of a meaningful uptick in prices. As an infant industry, CBD-hemp is fraught with numerous unknowns, one of which is how to best store it to preserve its valuable qualities. With the huge range of climate conditions (Kentucky versus Colorado, Oregon, etc.) and the multitude of varieties that are planted and those varieties’ characteristics, there is no clearly sound way to store biomass or even crude oils.

Hemp planting started a month or so ago and will continue across the country for another few weeks. USDA’s Farm Service Agency does not yet report on hemp planting progress as it does for other field crops, so PanXchange put together generally applicable weather statistics from the government. They show that Illinois, Indiana, Pennsylvania and New York were particularly plagued by cold and rainy weather in May, and that Illinois, Indiana, Missouri, Arkansas and Kentucky reported having very few days that were suitable for fieldwork.

Kentucky, one of the leading hemp-producing states since the beginning of the pilot program in 2015, is forecasted to receive higher-than-average rainfalls during the growing season, along with Virginia. The combination of a delayed planting due to poor access to fields and continued wet weather could dent output levels.

“You have to understand the supply chain, from genetics to selling.”

That is what Preston Whitfield, business development advisor at the NoCo Hemp Expo, recently told Natural Products Insider about industrial hemp in general. Hemp is a brand-new industry and all aspects are experimenting with solutions. Plus, each state has different processes for certifying seeds for being low-THC varieties. With such a young, unresearched industry, the appropriate hemp varieties are still not clearly identified for each of the numerous climate zones in which hemp is grown.

As you can imagine, there are widely different requirements for processing hemp intended for fiber (think tall plants, with long fibers) compared with shorter, bushy plants which are grown for harvesting either their CBD-rich buds or seeds. Cultivation and harvesting are very different depending on the type of plant.

Then there is raw material processing, marketing and sales. For the past few years, the annual springtime northern Colorado conference, NoCo Hemp Expo, has been not only a good place for producers to look and learn about hemp production but, even more valuable, a way to make contacts for selling their crops. This year, with the COVID-19 health precautions in place, the conference was postponed until August, meaning that in 2020, hemp farmers are planting with even less information about ultimate demand than in previous years.

The title of an article in Industrial Hemp Farms asks: “Why Would Anyone Smoke Hemp?”  It’s  a pretty good question.

Smoking and vaping CBD flowers provides users with a very direct and pure effect because, unlike most other methods of dosing with CBD, smoking bypasses the digestive system. The effects, if any, are almost immediate. Also, the flower contains numerous other natural cannabis components – other cannabinoids, flavonoids and terpenes.

As previously mentioned, much of this is emerging science. Cannabinoid receptors were first discovered in 1988 and, with cannabis research mostly off-limits, how cannabinoids affect the human body is not well understood. On a more casual level, the contribution of all the other cannabinoids and other components of naturally occurring THC or CBD, when consumed with them, is referred to as the entourage effect.