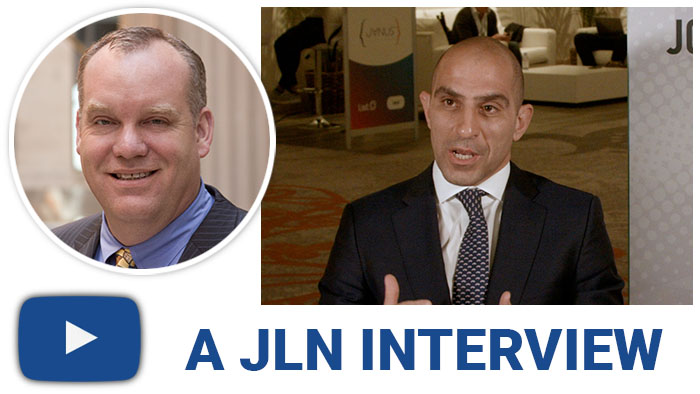 Rostin Behnam had the advantage of being a CFTC commissioner since 2017 before being confirmed as chairman in December of 2021, giving him insight into the organization and good working relationships with its staffers.

JLN spoke to Behnam at the International Futures Industry Conference in Boca Raton, Fla., about the start of his chairmanship and what he hopes to accomplish.

Speaking to us before the four new commissioners were confirmed by the Senate, he said his number one priority was to have the heads of the CFTC divisions put together some policy ideas for consideration. Once the new commissioners are in place, he said, that will help the commission identify an agenda item or group of items the commission can move forward on. Behnam has been spending his time hiring people and putting together this team. He still has more work to do there.

Behnam said he truly wants to hear from the industry about the FTX clearing request change to the status of the LedgerX clearinghouse it acquired to allow non-intermediated trading for retail traders. He said he understands how important an issue this is and wants the input.

JLN asked the CFTC chairman about his climate agenda. He talked about the CFTC Climate Risk Unit he started last March as an interdivisional group to think about how the CFTC can address the physical risk of climate change and how the CFTC can help move to a net-zero economy. He wants the CFTC to be a partner in addressing these issues.

Behnam also hired the CFTC’s first chief diversity officer and he said the commission has a lot of work to do to diversify the workforce of the CFTC, from entry-level to senior positions. He sees the same type of effort in the industry and hopes his effort will set the stage for diversity for years to come.

He was asked about his relationship with SEC Chairman Gary Gensler. Behnam said he has a very good professional relationship with Gensler and believes the CFTC gains from Gensler knowing the CFTC’s markets so well. He said they regularly communicate and lean on each other for help.

Lastly we asked Behnam what he likes best about being chairman of the CFTC.