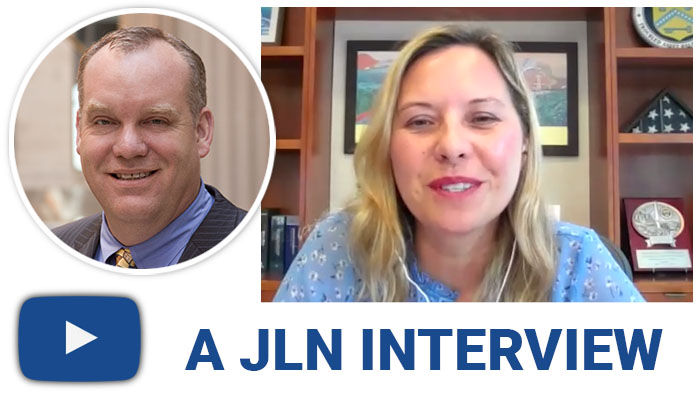 CFTC Commissioner Christy Goldsmith Romero issued a statement in September on a “Proposal for Heightened Enforcement Accountability and Transparency in Settlements.” She proposed a HEAT test to require more defendants to admit wrongdoing in settlements.

John Lothian News wanted to know more about Goldsmith Romero’s thoughts on the matter and the origins of the HEAT test, so we interviewed her over Zoom from her CFTC offices.

She said her interest in this subject goes back to her work as a line enforcement attorney for the Securities and Exchange Commission. She had a client who admitted guilt, but when writing up the settlement she was told to include a “neither admit nor deny” clause, which left her puzzled and annoyed.

Goldsmith Romero said she wants to shift the culture of law enforcement in financial regulation  to demand more public accountability for defendants who break the law.

The goals of law enforcement are accountability, justice, and deterrence, she said – helping people accept responsibility. Currently, “we are not fulfilling the full public accountability of the law,” Goldsmith Romero said.

She said she wants to stop wrongdoing before it happens, and that if she can get higher ups in Wall Street firms to pay more attention to these problems, she believes these executives will put a stop to the problematic activity.

JLN asked Goldsmith Romero what is behind HEAT. The question is what cases should go to trial, she said. She made the following list of factors in her description of HEAT:

Goldsmith Romero said one thing about HEAT is that it is a catchy term, which is important. She talked about the support she has received outside the CFTC.

She said it helped to put a full-fledged articulation of the problem and a solution for it out there in writing. She is realistic, however, and said her goal is to try to move the ball forward.