Cheap volatility, but big potential in China
Andrew Giovinazzi, MarketWatch
Look at the VIX inch up in the face of very slow market activity . After trading the S&P 500 on the CBOE when I was younger, I can tell you what that feeling is. The paper is very thin, and it is buying options out of fear. Liquidity providers keep raising the prices since they don’t want a large position right now waiting for some answer out of Washington.
http://jlne.ws/YP6Vgr

How Did Wall Street Do on Sandy?
Jacob Bunge, The Wall Street Journal
Securities-market regulators are seeking details on the performance of banks’ and brokers’ disaster-recovery plans during Superstorm Sandy, including firms’ ability to effectively trade when the New York Stock Exchange NYX is down.
http://jlne.ws/TQJFbb

The view beyond the ‘cliff’: Blue skies
David Berman, The Globe and Mail
BCA Research has taken a sunny view, arguing that economic growth should rebound in 2013 even if the economy takes a step back early in the year. After all, a budget deal that extends middle-class tax cuts and avoids the most dramatic spending cuts will nonetheless slow U.S. growth to about 1 per cent in the first quarter of next year.
http://jlne.ws/YP7BlO

Time for a Bold Choice for S.E.C. Head
Richard E. Farley, Dealbook
Much has been said about the unfinished business that Mary L. Schapiro will leave behind as she steps down as chairwoman of the Securities and Exchange Commission after nearly four years.
But it did not have to be this way. Looking back to the early days of the S.E.C. in the 1930s shows that a wholesale, sweeping overhaul can be accomplished quickly if the right leadership is installed.
http://jlne.ws/VC6nWN
** The author never specifies who would be considered a “bold” pick. Sheila Bair? Brooksley Born? Eliot Spitzer? Send us your ideas. –DA

CFTC Says Broker Tried to Manipulate Wheat Futures Prices
Christie Smythe, Bloomberg
While trading for the companies, Moncada placed and immediately canceled orders in December 2009 wheat futures with the intent of raising or lowering prices, the U.S. Commodity Futures Trading Commission alleged in a complaint filed today in federal court in Manhattan.
http://jlne.ws/VmLexu
** Is this very different than when HFT firms submit and cancel orders in rapid succession?  I really do not know.  If a reader has any opinion on this drop me an email. (Also: See the article just below this one) –JB

High-Speed Traders Profit at Expense of Ordinary Investors, a Study Says
Nathaniel Popper, The New York Times
A top government economist has concluded that the high-speed trading firms that have come to dominate the nation’s financial markets are taking significant profits from traditional investors.
http://jlne.ws/VmNlS2

Playing VIX Term Structure
Mark Sebastian, The Options Insider
Over the years, I have made the argument repeatedly that I think SPX puts do a better job of hedging than VIX calls, especially in low VIX environments.  However, like all trades and hedges, that is not a rule but a generality.  There is something strange going on in VIX that is making going long call spreads in VIX very favorable.
http://jlne.ws/VwyASw

Take Advantage of Special-Dividend Mania
Sell puts on stocks that are front-loading cash payouts in advance of tax-rate hikes next year.
Steven M. Sears, Barron’s
Forget about waiting for companies to announce special or accelerated dividends ahead of next year’s rising dividend tax rate. The options market is paying its own form of special dividends to nimble investors.
http://jlne.ws/SGw2hG 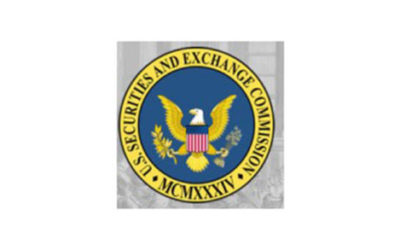 Observations & Insight Lead Stories SEC hits UBS with $8 million fine after a complex VIX-linked product burned investors Markets Insider Switzerland's UBS has reached an $8 million settlement with the SEC after it failed to protect investors from a complex...