Chicago is Crypto-fuel For the Coinbase Rocket 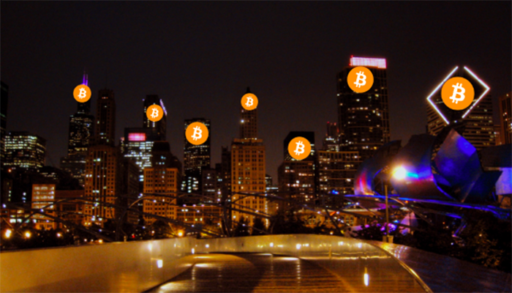 My meeting with Paul Bauerschmidt has been reset three times and he’s running a few minutes late for our coffee in Chicago. It’s understandable. Since taking the role as co-head of Coinbase’s Chicago office last October, it’s been non-stop for Bauerschmidt and his office of nine and soon to be more.

He is on board with one of the fastest growing crypto exchanges in the world and thrilled with the ride after helping build Eris Exchange and CME’s swap business before that. In many ways, he’s one of the new asset class pioneers in a city largely built by financial pioneers. For Bauerschmidt and office co-head Derek Groothuis, this is a chance to grow Coinbase well beyond its current 20 million users and $150 billion in crypto trading since it opened in 2012. And even though the roots and headquarters of Coinbase are firmly in San Francisco, Bauerschmidt knows Chicago is poised to be a key financial hub for the exchange in the coming months and years. When the Coinbase opportunity knocked, he jumped at the chance to build its engineering office in Chicago, a city with a wealth of exchange and market talent.

“This market developed as heavily retail-focused using internet technology,” Bauerschmidt said. “For us, who come from the futures markets and a professional trading environment, you have an incredible opportunity as these tier-one liquidity providers are now capable of making markets. And there’s strong interest from the buy side – meaning hedge funds and asset managers.”

In some ways, Coinbase’s mission is like any other – grow the business. But in doing so, it will have to grow and keep a generation of newbie traders who believe in the culture of crypto while at the same time reshaping the infrastructure and user base in ways that look very much like CME and ICE. It already cut a deal to connect Trading Technologies with Coinbase Markets, bringing institutional participants with it starting in March. But there is also the matter of building more institutional-grade infrastructure that runs in places like Aurora, Illinois with co-location services for market makers and high speed traders.

In short, Coinbase is in the advantageous position of having institutional demand for what used to be a retail-only product. And that so-called “wall of money” is just getting started. Coinbase estimated that more than 100 hedge funds were created in recent months to focus only on crypto. And while much of the Chicago crypto chatter is about DRW’s Cumberland and Jump Trading’s Jump Capital, Bauerschmidt said there are plenty more Chicago firms that are not well-known but have significant stakes in the crypto space. More traditional players will likely follow once all the infrastructure is well in place along with CFTC and SEC regulatory clarity. One of the biggest hurdles for institutional clients is the custody issue – one that Coinbase believes it has solved with the development of Coinbase Custody which currently stores $20 billion in customer assets. This service touts safeguards such as multiple signers, audit trails, segregation of duties, whitelisting of IPs and various owner settings.

In May, the company announced Coinbase Markets, which essentially serves as one central pool of liquidity for its prior platforms – Coinbase and GDAX. For institutional players, the company launched Coinbase Pro, which replaced GDAX for the institutional and active trader with upcoming co-location services and institutional connectivity. It is also developing Coinbase Prime, an electronic and voice-brokered platform for institutional-sized crypto trades, with lending and margin financing products.

For Bauerschmidt, this is a market that is ready to grow no matter what the naysayers say about crypto, and Chicago will be critical to its growth. The talent pool of traders and exchange experts is deep and the city’s telecom infrastructure – thanks to existing stock, futures and options markets – is on par with every other major trading hub in the world.

“I think we’re really well positioned,” he said. “And seeing this asset class mature. With the migration of the technology and innovation to develop these platforms, we’re drafting on an incredible history in Chicago.”