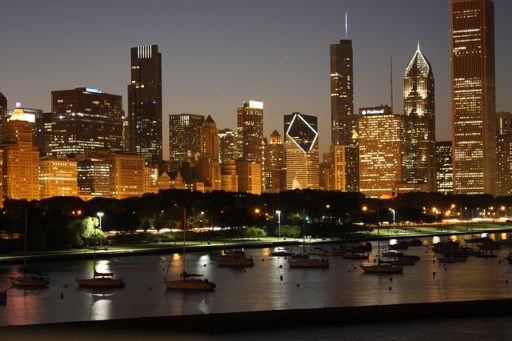 In what might prove to be a seminal moment in the development of the cryptocurrency and blockchain community in Chicago, Chicago Mayor Rahm Emanuel addressed an audience of nearly 150 on Monday. Extolling the virtues that Chicago possesses, Emanuel made the case that the city has the opportunity to become a preeminent global fintech center.

Hosted by FinTank in the swanky new event and workspace offering from Convene, the meeting began with a rousing talk and Q&A from Emanuel and concluded with breakout sessions that concentrated on small-group discussion on the best ways to make Chicago the crypto trading capital of the world.

During his term in office Emanuel has been an effective booster for the city, and Monday night he made a compelling case for its future health. With six consecutive years as the number one city in the U.S. for corporate relocation and foreign direct investment, Chicago also benefits from an abundance of higher education and what Emanuel calls “the five Ts: talent, technology, transportation, training and transparency.” He stressed his belief that promotion efforts should focus on the wider area of fintech, acknowledging that “I don’t know s%&! about bitcoin.”

As good as Emanuel’s presentation was, the real highpoint of the evening came from the remarkably broad and deep representation of the trading and technology community. With leading crypto citizens like Joe Hernandez, Rumi Morales, Colleen Sullivan, Elaine Wyder-Harshman, Chris Hehmeyer, Bob Fitzsimmons and representatives from Cboe Global Markets, CME Group, Athena Blockchain and many others in attendance, the conversation unleashed a positive energy that focused on hopes to build a crypto advocacy council, lobby Springfield and the city for positive legislation, and create a first-class event in order to deliver on the promise for crypto in Chicago. The coming months will tell the tale as to whether or not that promise can be fulfilled.

The Depository Trust & Clearing Corporation (DTCC) released a new white paper detailing a two-year plan for shortening the settlement cycle for U.S. equities to one business day after the trade is executed (T+1).

Paxos, a digital asset exchange and stablecoin issuer, plans to file an application with the SEC to begin offering clearing services to customers.