Warning: trim() expects at least 1 parameter, 0 given in /home/customer/www/johnlothiannews.com/public_html/wp-content/themes/Divi/includes/builder/functions.php on line 12307
 Cinnober's new CEO will have to consider the next move | John Lothian News
(312) 203-5515 johnlothian@johnlothian.com
0 Items

Cinnober’s new CEO will have to consider the next move 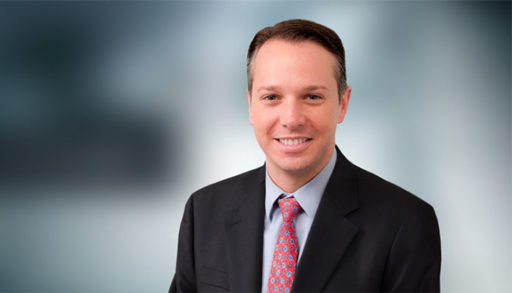 The news that Veronica Augustsson was out as CEO of Cinnober Financial Technologies and newcomer Peter Lenardos was in was a shock.

Augustsson, who had been CEO the past six years and with the firm since 2002, grew up with the company and reached a pinnacle few women ever reach. She did so with warmth and a friendly smile, but she also had a vision to diversify the company into a variety of sectors beyond its core business of real-time clearing, risk and surveillance systems for exchanges. After all, there is a limited number of exchanges with clearing houses – although Cinnober’s portfolio of clients is impressive.

The firm has always been opportunistic and expanded into a variety of promising areas, such as regulatory reporting with it’s subsidiary Simplitium and its ongoing partnership with London Stock Exchange Group. It launched Minium in October 2017 to take on the likes of FIS (formerly Sungard) and ION (formerly Rolfe & Nolan) in the post-trade clearing brokerage space. And just last month the firm announced the collaboration with BitGo to offer security and surveillance to crypto exchanges.

Such diversity often requires investment and lag time before it generates profits. That can be tough on a small publicly-traded firm like Cinnober, which is battling some heavyweights in every product sector it is in. The company posted losses for five straight quarters and Augustsson reached out to Peter Lenardos for help. He was named CFO in June and now is running the place just two months later. If you have ever met Lenardos, it is easy to see why. His energy is infectious and knowledge of the industry is built on an impressive run in investment research, most recently at Royal Bank of Canada.

In an exclusive interview with Lenardos in June, he clearly laid out three main goals. Get profitable by getting costs in line, rev up the company’s sales efforts, and diversify. The third part is well along, although Lenardos believes there are other areas it can adjust and sell products and services that do not require such long sales and implementation cycles.

The challenge for Lenardos and Cinnober’s Chairman Nils-Robert Persson is to figure out how to do this quickly, efficiently and effectively. It comes at a time where companies like Cinnober are battling growing behemoths. Arch rival Nasdaq is in virtual hand-to-hand combat with Cinnober on the clearinghouse, trading, risk and surveillance technologies. Its entrance into the post-trade clearing space with Minium is perhaps even more challenging – facing the dual competitors of FIS and ION. Intercontinental Exchange has opted for all things data, analytics and beyond. Cinnober’s friendlier clientele such as the London Stock Exchange Group, or even B3, Japan Exchange Group and Hong Kong Exchanges and Clearing may help. But it is unclear just how or how much.

Given the level of top-tier multi-billion dollar consolidation that is occurring, Lenardos and his Swedish team may say it is time to consider a deal. Just look at the bidding war for Fidessa, won by ION  for $2.09 billion in April. Competing firms that arose for Fidessa included aggressive consolidators such as: SS&C and Temenos. CME Group just bought NEX and yet it still has plenty of cash in the bank. Wacky, but not so crazy potential buyers might include Cboe Global Markets, OCC or DTCC for obvious and perhaps more synergistic reasons.

Lenardos has seen all of this with a front row seat for the past several years. He is well aware that established financial technology firms – and exchanges are just that – are paying handsome prices in the race to create new revenue streams.

Could it be time for him to make a move?

For more information on Cinnober’s businesses, see these other pieces from John Lothian News: