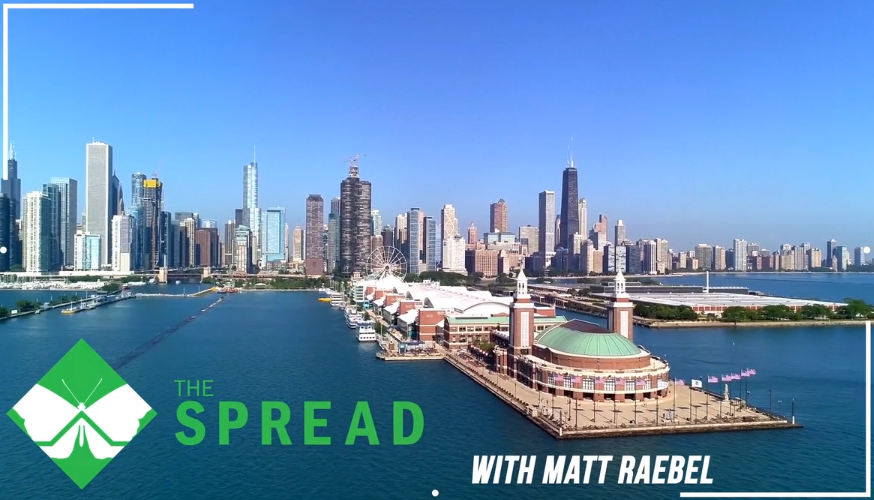 Go on ‘High Guard’ Against U.S. Stock Volatility, LPL Warns
Joanna Ossinger – Bloomberg
U.S. stock swings may be poised to increase into the end of September.
The Cboe Volatility Index, or VIX, is pushing higher after ending Friday at 15.32 — its greatest level in two weeks. That came on a day with quadruple witching, when options and futures on indexes and equities expire, so extra price swings amid heavier-than-normal volume weren’t that surprising. But a reading just above 15 isn’t terribly volatile when one considers that the markets have endured a spate of central-bank decisions, trade-conflict ups and downs, the attack on Saudi oil facilities, tweets from U.S. President Donald Trump and more.
/bloom.bg/2l23mXU

Emerging Markets Defy Risks as Central-Bank Rate Cuts Beckon
Netty Idayu Ismail, Marcus Wong, Aline Oyamada, and Robert Brand – Bloomberg
For all the obvious negatives — think surging oil prices, trade tensions and the U.S. Federal Reserve having possibly reached the limits of its dovishness — emerging markets are keeping their heads above water.
While developing-nation currencies just weakened for the first time in three weeks, their implied volatility, at around 8.25%, remains below the past year’s average. The yield on emerging-market local-currency debt is within 10 basis points of the all-time low of 4.12% reached in August. And the MSCI Index of stocks isn’t far off its highest level in seven weeks.
/bloom.bg/2kReMOh

Inside Volatility Trading: September 18, 2019
Kevin Davitt – Cboe
Franklin Delano Roosevelt’s 1933 Inaugural Address is an unassailable masterpiece of optimism. With the unemployment rate hovering around 23.5% and GDP declining by 12.9% year over year, FDR delivered an incandescent speech that inspired hope during the worst of the Depression.
By comparison, our current concerns seem downright pedestrian.
bit.ly/2md3ofB

First Quantum Slumps After Saying It’s Not in Takeover Talks
Joseph Richter and Vinicy Chan – Bloomberg
First Quantum Minerals Ltd., the owner of Africa’s biggest copper mine, headed for the biggest loss in seven weeks after the company said it hasn’t engaged in any discussions regarding a takeover bid or other change of control transaction.
/bloom.bg/2kvenR8

CME Group to Launch Bitcoin Options in Q1 2020
CME Group
CME Group, the world’s leading and most diverse derivatives marketplace, today announced it will launch options on its Bitcoin futures contracts in Q1 2020, pending regulatory review.
“Based on increasing client demand and robust growth in our Bitcoin futures markets, we believe the launch of options will provide our clients with additional flexibility to trade and hedge their bitcoin price risk,” said Tim McCourt, CME Group Global Head of Equity Index and Alternative Investment Products. “These new products are designed to help institutions and professional traders to manage spot market bitcoin exposure, as well as hedge Bitcoin futures positions in a regulated exchange environment.”
bit.ly/30gRG6a

MIAX to launch futures on SPIKES volatility index on Nov 18
John McCrank – Reuters
Miami International Securities Exchange (MIAX) and the Minneapolis Grain Exchange (MGEX) said on Monday they plan to launch futures on the SPIKES Volatility Index on Nov. 18, ramping up competition with Cboe Global Markets’ Volatility Index, or VIX.
The futures contracts follow MIAX’s launch of options on SPIKES in February and will allow the exchange operator to offer exchange-traded funds based on the index, which tracks the expected 30-day volatility of the SPDR S&P 500 ETF, the world’s most actively traded ETF.
/reut.rs/2l0WwBV

Eurex EnLight reaches 1 million traded contracts
Eurex Exchange
This week, we reached a milestone on Eurex EnLight, our selective RfQ platform. Eurex executive board member Randolf Roth takes the opportunity to explain what this means to us:Combining off-book liquidity with on-exchange efficiency, Eurex EnLight started with Swiss equity and equity index derivatives in June 2018 and was extended to cover all equity and equity index options in May 2019. Eurex EnLight is part of our initiative to enhance market structure in the light of changing investment behavior and evolving regulation.
bit.ly/2m5ZTYu

Top 3 Cryptocurrency Options Exchanges
NewsBTC
Although it has taken some time to come to fruition, demand for traditional derivative markets in the cryptocurrency trading arena is growing at an exponential pace. While the presence of Bitcoin futures trading has been around for some time now, it wasn’t until this year that a select number of platforms opened their doors to cryptocurrency options.
bit.ly/2m7Ssjs

FIA questions new OCC capital management plan in SEC letter
FIA
FIA submitted a letter to the SEC that raises concerns about the Options Clearing Corporation’s (OCC) proposed new capital management plan. In the letter, FIA raised issues about the lack of a minimum amount of skin in the game, allocation of capital shortfall through operational loss fee to clearing members, allocation of non-default loss to clearing members, and governance concerns.
bit.ly/2kxLAeL

FIA’s FMC Requests Flexibility for Permissible Investments for FCMs
FIA
FIA’s Financial Management Committee submitted a petition for more flexibility for FCMs to invest customer funds in safe and liquid financial instruments under applicable CFTC rules. Specifically, the petition seeks an exemption from the CFTC that would allow FCMs to invest customer funds in an expanded set of permissible investments under Rule 1.25 to include investments in foreign sovereign debt, affiliate repurchase agreements, certain in-house transactions and adjustable rate securities that correlate to SOFR.
bit.ly/2kBms75

It’s Time to Bust Some Myths in the Market Data ‘Debate’
Jeff Kimsey – TABB Forum
Too often the market data debate retreads the same ground, as exchanges that provide market data first have to chop through a forest of misinformation. The myths that surround market data often are perpetuated by aspiring competitors or well-financed special interests, says Nasdaq’s Jeff Kimsey. Here, he dispels the top market data myths, citing Nasdaq revenue data that has not been disclosed previously.
bit.ly/306xe7T

Seven Ways To Hedge Interest Rates
William Baldwin – Forbes
Inflation is tame. Interest rates are low. Perhaps they are destined to go still lower, even into the negative territory you see in Europe. Perhaps not. There is a small but palpable risk that, sometime in the next decade or two, the Federal Reserve’s inflation-tilting policy will work with a vengeance. We might get a replay of the rising rates and crashing bond prices seen in the 1970s. How do you protect yourself?
bit.ly/2l3v4U7

Getting Ready for Phase 5 Initial Margin Implementation
ISDA
For market participants who will be or anticipate becoming subject to initial margin (“IM”) exchange requirements under the uncleared margin rules in September 2020 (Phase 5), and their advisors, this conference will provide delegates with an overview from both the US an EU perspectives of the IM regulatory requirements.
bit.ly/2mvffpv

Where the S&P 500 Is Likely to Stand a Decade From Now
Connor Smith – Barron’s
The S&P 500 index fell below the 3000 mark Friday, and the debate over its future direction is so fractured that predictions differ drastically even among two strategists at the same firm.
Bernstein’s Inigo Fraser-Jenkins sees the S&P 500 in a range around 4000 in 10 years’ time, while his colleague Alla Harmsworth is far more bullish, predicting a range near 8000.
bit.ly/2l1c0FW