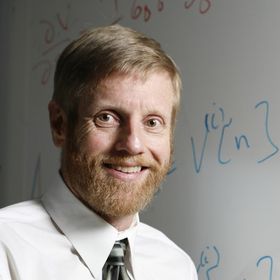 There are few academics in the derivatives space who have the depth and breadth of knowledge of Craig Pirrong, professor of finance and energy markets director of the Global Energy Management Institute, Bauer College of Business at the University of Houston. I sat down with him last week in the student cafeteria on the sprawling Houston campus, which has more than 37,000 students – making it just the third largest school in Texas. Yes, all things are bigger in the Lone Star State.

Pirrong has opined on many topics as the Streetwise Professor, some of which have triggered criticism and others that have garnered support. He was among the critics of the Dodd-Frank Act, blasting the legislation for its lack of foresight when it comes to handling market stress. He continues to be skeptical about Dodd-Frank, coining the label “Frankendodd.” And he still worries the new infrastructure will falter in the next market crisis, especially potential problems associated with variation margin. His recap report on a CFTC Energy and Environmental Markets Advisory Committee meeting on position limits was so irritating to Sen. Elizabeth Warren in 2016 that she instructed then CFTC Commissioner Chris Giancarlo to withdraw the document. She did so in part because it was Pirrong who wrote up the notes on the meeting. He fired back in a blog post called “The Notorious Streetwise Professor Goes To Washington.” I’m pretty sure presidential candidate Warren isn’t getting Pirrong’s vote.

Pirrong doesn’t let it get to him. He still hates the idea of CFTC control over position limits. And given the lack of regulatory harmonization and more onerous position limits in the European Union, he is even more skeptical that such regulator-run limits are good for the markets. As Pirrong boils it down, government run positional limits is a solution in search of a problem that simply doesn’t exist. “No theory, no evidence, no problem,” he counters. Of late, Pirrong is taking a look at the market dynamics and potential for the liquid natural gas (LNG) markets. He has noted the shift away from traditional long-term 20- to 30-year guaranteed LNG contracts. That has been driven in part by the massive ramp-up of natural gas production from shale in the US, and the US’s presence as an increasingly strong exporter to Asia, Europe and South America. Another factor has been large LNG producers such as Shell, Total and Petronas, which now look at global supply as pools of LNG rather than dedicated projects, much like crude oil supplies. These macro-trends “will reshape the energy world,” he says, as more participants move away from the long-term deals and into flexible short-term deals.

For Pirrong, LNG is poised for more transparency and greater price risk management. Currently Japan and Korea are the largest buyers globally, and CME and ICE each offer Japan/Korea Marker (Platts) futures contracts. But China is the fastest growing market as that country moves away from coal and further into other energy sources. Even Saudi Arabia’s ARAMCO is moving into natural gas as spot LNG prices have plunged more than 50 percent over the past six months.

Last year, CME partnered with Cheniere Energy, a large producer of LNG on a new futures contract for liquefied natural gas, aimed at adding more transparency to the LNG market. “If you look at nat gas in early 1990s, we’re getting to the equivalent in LNG,” Pirrong said, adding that the growth of LNG will further expand the natural gas infrastructure in the US as well.

Pirrong could be right about the trend here and the potential for CME and ICE contracts and perhaps other exchanges to leverage their current energy markets. It’s time for the Streetwise Professor to get to another meeting, so I shoot a last quick question about the speed bumps. A shrug of the shoulder says most of it. Speed bumps on barely traded gold and silver futures on ICE aren’t enough to get him excited, or back under the spotlight with Senator Warren. But that too may change.