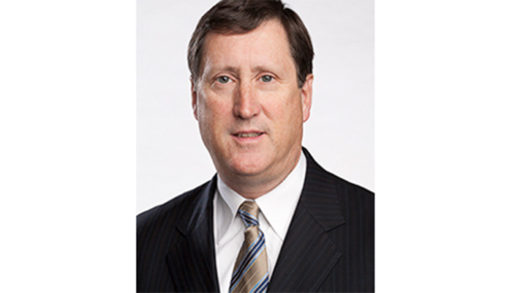 You practically can’t walk down the street these days without bumping into a conference, seminar, or MeetUp about blockchain and cryptocurrencies as the bitcoin fever of 2017 has metastasized into a cottage industry bent on “figuring it out.” If the results from last week’s FinTank CryptoCon are any indication, the crypto industry is further along than you thought but still very much in its early stages.

Aside from its name, which has to make any branding expert cringe, CryptoCon was excellent in terms of the quality of the speakers and breadth of material covered, not to mention strict adherence to a schedule that included nearly 50 speakers in 16 sessions in just the afternoon session alone. Surprisingly, there was very little in the way fluff or “propellerhead” content and several of the segments were outstanding.

A professor makes the case

A case in point was the “Socio / Political Ramifications of Cryptocurrency” from Northwestern University Law professor John McGinnis. In a fifteen minute presentation that attested to his deep experience as a lecturer, McGinnis laid out five points in support of the crypto revolution:

Notes from the panels

The VC Perspective on Cryptocurrency was in some ways interesting because it was so boring. In other words, the panel, which was moderated by Darren Green from Northwestern and featured Kenny Estes of West Loop Ventures, Peter Johnson from Jump Capital, Promus Ventures’ Michael Collett, and Chris Hughes from Revolution, treated crypto very much as they would any other investment. Crypto is especially appealing to VCs because it is a disruptive technology, even if that means that raising funds through initial coin offerings (ICOs) might disrupt venture capitalists right out of business as well! In the end, a common theme from the VC panel was that the tried-and-true advice that it’s usually better to invest in a strong team than in a strong idea applies to crypto just as it does for other investments.

The Hedge / Mutual Fund Perspective on Cryptocurrency also produced some interesting insights. For example, Lawrence Johnson from Morningstar astutely pointed out that regulation can support a market as well as restrict it, noting that a regulator like the SEC has a complex mission that includes not only protection but promotion and innovation as well. Ari Paul of BlockTower Capital noted that one in three Korean adults owns crypto and Koreans are a technology bellwether, having been early adopters of online gaming and 3G. Paul also predicted a further proliferation of exchanges, even as the issue of custody is a large problem that needs to be addressed. Finally, Fundstrat Global Advisors’ Thomas Lee described crypto as the asset class for millennials, referred to the recent Congressional testimony by the head of the CFTC as “the Giancarlo bottom,” and said at least three large corporations will announce significant crypto strategies in 2018.

The panelists on the Exchanges panel, which was moderated by Trace Schmeltz of Barnes and Thornburg, all deserve a look but time and space preclude any meaningful analysis in this article. Be your own judge and check out SeedCX/Bittrex (represented by Edward Woodford), Coinigy (Derek Urben), Kraken (Allan Stevo), and bcause (Sean Ristau).

The same can be said for the Trading Cryptocurrencies Strategies panel that I moderated. John Lothian (John Lothian News), Brian Walls (Bridge Alternatives), Jared Vegosen (DV Trading), and Mike Unetich (Trading Technologies) all had fascinating things to say, but I was so wrapped up in managing the panel (and not making an ass of myself) that it was impossible for me to remember what they said. (Thanks to the panelists for making me look good!)

On the Futures Trading panel, moderated by Mehdi Zhiri of Mosaique and featuring Bob Fitzsimmons from Wedbush Futures, Brad Giemza of R.J. O’Brien, and Matt McFarland from Cboe, further encouraging words could be heard. Both Fitzsimmons and Giemza described a cautious but supportive approach to bitcoin futures at both the CME and Cboe, while McFarland pointed out that BTC futures were able in 10 days to achieve volume numbers that it took the VIX futures two-and-a-half years to record.

Panels on regulation, accounting and taxation, and the media were solid as well but space precludes covering all of them in this article. The final two panels, however, were both interesting and enlightening and deserve comment. In the first, Rumi Morales gave an optimistic read on the future and emphasized that crypto is not so much a currency as a technology and its uses will likely transcend current applications. Further, crypto should not be viewed in isolation because other technologies such as artificial intelligence, machine learning, data analytics and even quantum computing will interact in combination with crypto and each other to create dynamic and heretofore unimaginable combinations. And the final panel, featuring Bobby Cho and Jim Radecki from Cumberland Mining / DRW, revealed a crypto market that is surprisingly large and developing quickly. Cumberland, which began market making in cryptocurrencies in 2014, now trades in 30 different cryptos with counterparties from 25 different countries and with a minimum transaction size of $100,000. Institutional interest grew significantly in 2017 and the first endowment is now in the market, with more likely to follow. Cho said that they have made quotes as large as $200 million but that the market impact of such a large trade is so prohibitive that it is more prudent to scale into that type of position over a much longer period, perhaps as long as a month. In the end, he described a market that has growing pains but those pains are being transcended pretty quickly.

The quality of the content and presenters at Cryptocon speaks to the level of development of the cryptocurrency ecosystem. A similar program one year earlier would have had far more speculative and theoretical content while the sheer number of credible and serious participants at this year’s event reveals a market that is quickly maturing. However, the space is still in its very earliest stages and there will be many new threads and developments over the coming years. Big issues such as the aforementioned accounting challenges, not to mention the 800 pound gorilla around custody, need to be addressed and more are likely to surface. Nevertheless, there is likely to be a world of opportunity in the crypto world.