Cryptocurrency Prices Crumble; Traders Pay Through the Nose to Bet the S&P 500 Will Snap Higher; Dow Industrials Cross 26000 for First Time as Earnings Season Ramps Up

Cryptocurrency Prices Crumble; Bitcoin, Ethereum Post Large Losses
Nasdaq
Cryptocurrency Market under Heavy Selling Pressure
“Only when the tide goes out do you discover who has been swimming naked,” stock market guru Warren Buffett once observed and it looks like the cryptocurrency tide has definitely receded in the last 24 hours with the market showing double digit percentage losses right across the board. The sell-off started in Asia and accelerated when European traders entered the fray, as talk continued to circulate that South Korea was preparing a cryptocurrency ban. Bitcoin and Ethereum prices fell sharply last week after South Korean authorities raided a range of cryptocurrency exchanges.
jlne.ws/2FEUEnU

Traders Pay Through the Nose to Bet the S&P 500 Will Snap Higher
Bloomberg
If you want to bet that the S&P 500 will march even higher, be prepared to fork out a sizable sum. A record number of investors are happily paying up.
As U.S. stocks trade at all-time highs, the price tag on bearish options has dropped to a trough relative to bullish contracts. The spread between the price of one-month, 25-delta puts and calls for the S&P 500 is roughly two standard deviations below its five-year mean, data compiled by Bloomberg show. It’s an indication of the greed — or lack of fear — in the market suppressing the Cboe’s volatility gauge.
jlne.ws/2FK7fpY

Hedge fund bulls have left oil market looking very stretched
John Kemp – Reuters
Hedge funds and other money managers have boosted their bullish position in oil to a new record, but with crude taking over from fuels as the main target of fresh buying.
Hedge funds boosted their net long position in the six most important futures and options contracts linked to crude and fuels by 67 million barrels to a record 1,399 million barrels in the week to Jan. 9.
jlne.ws/2FHdPxp

Please Remove the Punchbowl Before Markets Get Any Crazier
Jared Dillian – Bloomberg
Everyone knows that when the shoeshine boy gives you stock tips, it is time to grab the canned goods and head for the hills. It happened to me in 2000 at the height of the dot-com bubble. A San Francisco cab driver gave me advice on trading options. I’m sure most people have had similar experiences in the current bull market. One of my subscribers says he was upbraided by a burlesque dancer (don’t ask) for not owning Bitcoin.
jlne.ws/2FInJyU

Volatility Indexes and ETPs Weekend Review for January 13 2018
Russell Rhoads – Cboe
We got an interesting move in the VXST – VIX – VIX3M – VXMT curve last week. The short end moved higher despite a nice bullish move out of stocks. The volatility market has been a bit jumpy like we are bracing for an unforeseen spike. We’ll see if the nervousness is justified.
jlne.ws/2FICphB

CME Group Sees Diminishing FX Volumes in December 2017?
Finance Magnates
CME Group (NASDAQ: CME), the holding company for CBOT, NYMEX, and COMEX exchanges, has just released its Options Monthly Review for the month ending December 31, 2017, which showed a mixed performance across the group’s six product lines, according to a CME statement.
On an aggregated basis, CME’s ADV total option was lower by -5 percent year-over-year, coming in at 2,990,014 per day.
jlne.ws/2FJXmsu

Moscow Exchange Ready for “Fast and Easy” Crypto Derivatives Trading
Lubomir Tassev – Bitcoin.com
With authorities in Moscow still trying to find their bearings on Bitcoin, the largest Russian exchange has announced its readiness to organize trading of crypto-based financial instruments. It would be faster and easier, MOEX stated, when asked by local media if it was ready to start trading cryptocurrencies. Russia’s Central Bank, however, has rejected calls from the Finance Ministry to allow buying and selling crypto derivatives on traditional markets.
jlne.ws/2FIaUod

Surprise Surge in Pound Sterling Needs to be Hedged Against say Soc Gen, Eyeing Potential for Second E.U. Referendum
James Skinner – PoundSterling Live
The British Pound could surge on an unexpected shift in Bank of England tone and an increased liklihood of a second referendum on EU membership being announced.
jlne.ws/2FIclD7

Researchers find that one person likely drove Bitcoin from $150 to $1,000
John Biggs – TechCrunch
Researchers Neil Gandal, JT Hamrick, Tyler Moore, and Tali Oberman have written a fascinating paper on Bitcoin price manipulation. Entitled “Price Manipulation in the Bitcoin Ecosystem” and appearing in the recent issue of the Journal of Monetary Economics the paper describes to what degree the Bitcoin ecosystem is controlled by bad actors.
jlne.ws/2FH9ydj

Can you time the stock market? Why investors rarely buy low, sell high
Anthony Mirhaydari – CBS News
The beginning of 2018 has been historic, continuing the never-before-seen dynamic that’s been in play since President Trump’s surprise victory in November 2016. For the first time, the S&P 500 had a perfect year in 2017 on a total return basis, climbing in each and every month.
jlne.ws/2FFHY09 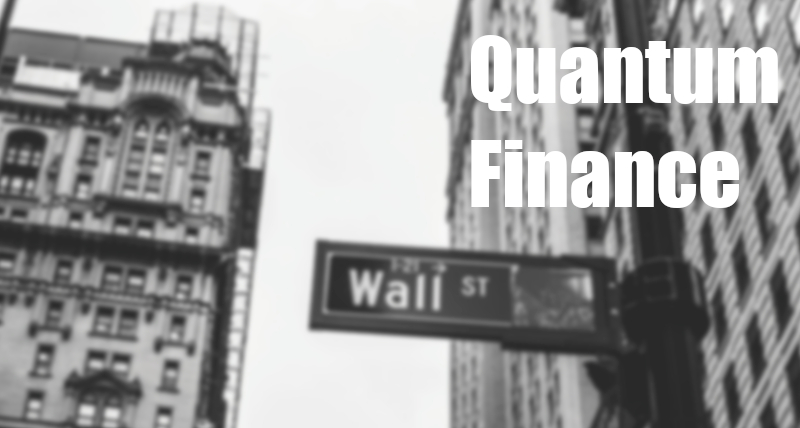