The Spread – Put Your Dukes Up
JohnLothianNews.com
This week’s options news recap runs the gamut from a Chicago pit fight to Canadian pension plans to Mexico’s annual oil hedge.
Watch the video »

Congratulations on becoming chairman of the CFTC. Welcome to the futures industry. You have joined the CFTC at a critical time and are positioned to lead in important ways. You have an opportunity to move forward an industry initiative with your very first decisions; whom to choose as CFTC division directors and other senior appointees. John Lothian News urges you to make a powerful statement about the value of diversity in filling these positions. We encourage you to find women, minorities and other less represented people to potentially fill key positions.

To read the rest of this letter from John Lothian, go here.

Delta One sees significant activity for first day of operation
Securities Lending Times
Delta One’s first full day of operation saw a total of $3.4 billion notional reversal and conversion interests available for system matching spread across 117 individual equity securities. According to Delta One, a total of 174 entries were made into the system on the first day of operation on 1 July. Delta One is a peer to peer stock lending and balance sheet management platform that uses options to pair off participants.
bit.ly/2k3ZgxN

****SD: The platform is available to Dynamex customers exclusively. Dynamex is a Group One company. Here is a press release on the firm’s early days of operation.

CME Group Achieves Record Quarterly International Average Daily Volume of 5.3 Million Contracts in Q2 2019
PR Newswire
CME Group, the world’s leading and most diverse derivatives marketplace, today announced that it achieved its highest quarterly international ADV on record, with 5.3 million contracts traded during the second quarter of 2019, up 25% year over year and surpassing the previous quarterly record of 4.9 million contracts traded in Q1 2018. This record, reflecting all trading done outside North America, was driven mainly by growth of Interest Rate, Equity Index and Agricultural products.
bit.ly/2XPMscn

***SD: For more on some of the exchange group’s recent options activity see its June options recap here.

Citigroup Shows That Banks Can’t Depend on Traders; Wall Street continues to see few market opportunities as stocks grind to record highs.
Brian Chappatta – Bloomberg (SUBSCRIPTION)
It’s a tough time to be a trader on Wall Street. (Cue playing of the world’s smallest violin.) That much was clear after Citigroup Inc. reported its second-quarter earnings on Monday, kicking off a week that will reveal the financial health of the biggest U.S. banks. Trading revenue fell about 5% after excluding the one-time windfall from the bank’s stake in Tradeweb Markets, which went public in April and bought out Citigroup’s equity holdings. That drop was bigger than expected. The bank’s equity markets revenue was particularly disappointing at $790 million, compared with estimates of $824 million. Chief Financial Officer Mark Mason also cited a challenging trading environment in fixed income, currencies and commodities.
/bloom.bg/2YcXcpD

Second-Quarter Earnings to Test Soaring Market Contracting profits and declining margins could weigh on stocks JPMorgan Chase and others are set to report second-quarter earnings.
Michael Wursthorn and Corrie Driebusch – WSJ (SUBSCRIPTION)
The next test for the highflying stock market begins this week as companies kick off reporting what could be their biggest quarterly profit contraction in three years. The second-quarter earnings season begins in earnest, with Citigroup Inc., JPMorgan Chase & Co., Netflix Inc. and others giving investors an early look at how some of America’s biggest companies are coping with tepid economic growth and billions of dollars in tariffs.
/on.wsj.com/2k3R6pb

Hedge funds betting against cotton
Taipei Times
Hedge funds made a record bearish bet on cotton just before prices extended declines to hit a three-year low.
Futures traded in New York dropped to US$0.626 a pound on Friday, the lowest since June 2016.
bit.ly/2LlDaTF

Australia’s ASX Prepares for Negative Interest-Rate Trading
Tommi Utoslahti and Ruth Carson – Bloomberg (SUBSCRIPTION)
Australia’s ASX Ltd. is testing its systems for the trading of negative interest-rate products, underscoring how markets are preparing for the potential introduction of quantitative easing in yet another Group-of-10 nation.
/bloom.bg/2Lp1DY3

****SD: There are more than $12 trillion of negative yielding bonds globally. (Reprinted without paywall at The Star.) Also see Bloomberg’s The Black Hole Engulfing the World’s Bond Markets.

Killing time: The closing auction is eating the trading day
The passive investing juggernaut is forcing investors to pile into the crowded final minutes — and risking market stability
Samuel Agini – Financial News (SUBSCRIPTION)
In London, the trading day begins with a flourish when markets open at 8am, slows down until the US wakes up from about midday, and then dithers its way to the final minutes of the session.
bit.ly/2XRm0ik

DGCX signs MoU with multi derivatives exchange Nepal; Under the MoU, DGCX will work closely with MDX in areas of shared interest including trading, clearing, settlement, delivery of contracts
Zawya
The Dubai Gold & Commodities Exchange (DGCX) and the Multi Derivatives Exchange Nepal (MDX), a proposed derivatives exchange in Nepal that has applied for a regulatory license from SEBON to operate a commodities and derivatives exchange, today announced the signing of a Memorandum of Understanding (MoU), agreeing to collaborate and share knowledge on areas of mutual benefit surrounding commodity trading. DGCX and MDX will host workshops and meetings to further the scale of the alliance and promote strong cooperation between the exchanges.
bit.ly/2XQdC2X

Hedge funds are getting swamped by alternative data. Some want to fast-track how they buy it and focus back on trades.
Bradley Saacks – Business Insider Prime (SUBSCRIPTION)
New alternative data companies are popping up everyday, and hedge funds are getting overwhelmed by choice. Some have developed a way to evaluate data more quickly.
Two hedge funds, Balyasny and WorldQuant, have built online portals where sellers can plug in their datasets. The fund managers then quickly relay what data they find valuable.
While the process saves hedge funds time, some sellers believe that the lack of human touch will cause funds to miss out on valuable datasets.
bit.ly/2XXAvph

Deutsche will not be the last victim of the automation wave; Investment banks are having to spend billions just to try to keep up
Philip Stafford – Financial Times (SUBSCRIPTION)
Deutsche Bank’s closure of its equity-trading business, announced last weekend, is not just a retreat from its global ambitions to become some kind of Goldman Sachs of Europe. It also represents the biggest casualty to date in an automation revolution that continues to shake financial markets.
/on.ft.com/2lkzl5g

CFTC Eases Foreign Clearinghouse Access to US Customers
Regulation Asia
…Two other proposals that stemmed from the October white paper include amendments to regulations governing the offer and sale of foreign futures and options to US customers – which have already been unanimously approved – and a proposal concerning the registration and regulation of swap dealers and major swap participants, which is still under consideration.
bit.ly/2k3Hlr3

****SD: The above excerpt is the very last graph of story and I don’t believe it has been brought up in this newsletter before.

CFTC Issues Order Finding that Korea Exchange, Inc. Made a False and Misleading Certification to the CFTC
CFTC
The Commodity Futures Trading Commission (CFTC) issued an Order today filing and simultaneously settling charges against Korea Exchange, Inc. (KRX) of Busan, South Korea, for making a false statement to the CFTC. The Order finds that on February 19, 2018, KRX falsely represented in its annual certification that it was in compliance with the CFTC’s exemptive order requiring that KRX observe certain important international financial management standards. In fact, according to the Order, KRX had discovered that its policies and practices were inconsistent with those standards and had already begun remedial measures to address those failures.
bit.ly/2lkXusr

****SD: Recall that SocGen traders also had the closure of its prop desk to deal with.

What To Do When The VIX Is This Low
ORATS Blog
With the VIX hovering around 12.5, we looked at how various strategies have worked in the past when the VIX was this low.
bit.ly/2k3Pw6J

TradersExpo Speaker
Moneyshow
Edward J. Modla is director, retail education for the Options Industry Council (OIC). In this role, he oversees retail education programs which promote the responsible use of listed equity options. Mr. Modla represents OIC by creating and presenting educational events in both online and in-person formats, serving as a guest speaker on panels, hosting a monthly podcast with industry personnel, and working with the media.
bit.ly/2XNQjGZ

ETF Risks Are Misunderstood by Regulators
Aaron Brown – Bloomberg (SUBSCRIPTION )
The European Systemic Risk Board, which was created to prevent a repeat of the financial crisis, is out with a new report examining exchange-traded funds. It’s worthy endeavor, given that the market for ETF’s has grown to $5.6 trillion, raising questions about whether these vehicles have the potential spark another crisis despite being created at the urging of the U.S. Securities and Exchange Commission in order reduce the risks that were revealed in the stock market crash of 1987.
/bloom.bg/2LmD91U

****SD: Odd to have such poor phrasing in a Bloomberg article… Anyway, the ETF liquidity debate likely won’t get resolved until we have a mega market shock and participants can see how the complex universe of ETPs responds. Also see the WSJ’s The Next Big Thing in ETFs: Less Transparency and Bloomberg’s Fund Blowups Rekindle Doubts About ETF Liquidity in Crisis Times.

China Growth at Its Slowest Since 1992 as Beijing Struggles to Juice Economy
Chao Deng – WSJ (SUBSCRIPTION)
China’s economic growth decelerated to its slowest pace in decades, weakened by trade tensions with the U.S. and businesses that held back from making big investments despite encouragement from Beijing.
/on.wsj.com/2LmVWtH 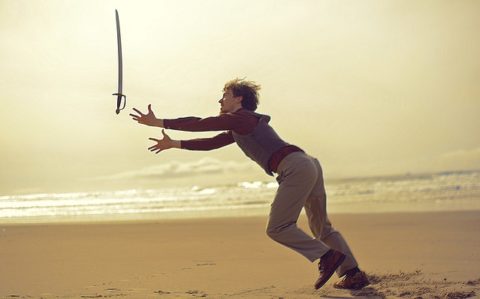 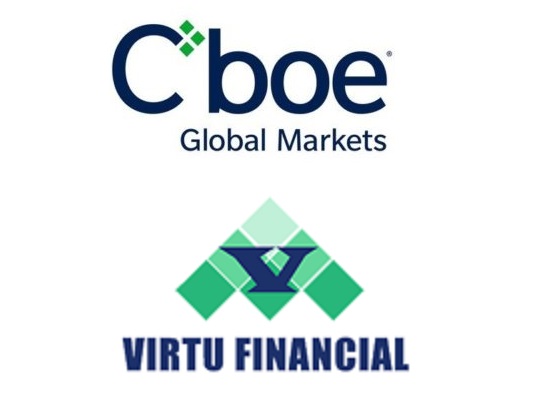 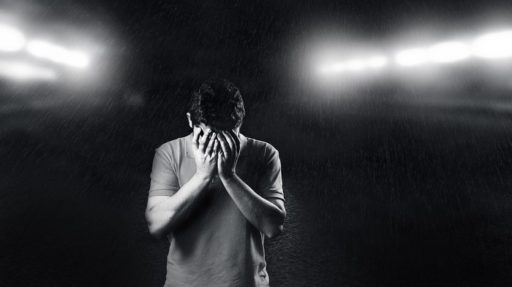 Observations & Insight The Spread: An Eligible Bachelier JohnLothianNews.com This week on The Spread, the OCC wins best equities clearing house for the third year in a row, a couple of Cboe directors bow out, we discuss the Bachelier model,...