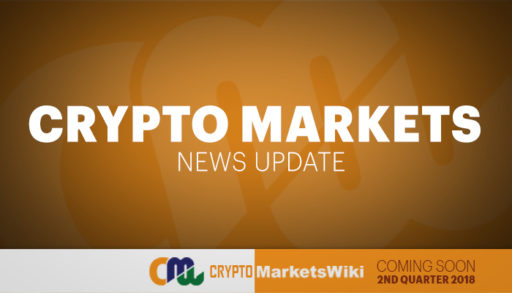 Surrey Police get budget boost after £1.25m bitcoin seizure
Caroline Binham – Financial Times
Surrey Police has become the first UK force to seize and convert bitcoin as part of a criminal probe, netting £1.25m worth of the cryptocurrency, some of which will pay for financial investigators at a time of reduced budgets.
Kingston crown court on Thursday ruled that Seregjs Teresko, a convicted Latvian money-launderer with ties to organised crime, must forfeit £1.45m of his ill-gotten gains, including bitcoin.
/on.ft.com/2LxxPVV

Fed chief casts doubt on benefits, safety of cryptocurrencies
Sylvan Lane – The Hill
Federal Reserve Chairman Jerome Powell on Wednesday expressed doubts about the usefulness of cryptocurrency for anything other than obscuring illegal activity.
/jlne.ws/2LsgLnh

The Dark Side of Cryptocurrencies Highlighted yet Again at House Hearing
Viraj Shah – [blokt]
US senators are not convinced that cryptocurrencies could be used for positive purposes. During a House Financial Services Committee hearing titled ‘The Future of Money: Digital Currency,’ four witnesses spoke before the house to highlight the state of cryptocurrency. Proponents suggested that cryptos being used for illegal activities is not enough to criminalize their use. However, there was harsh criticism of digital currencies and the demand for an outright ban was discussed.
bit.ly/2LvrzRs

LabCFTC head warns against haste in cryptocurrency rules
SmartBrief
Daniel Gorfine, director of the Commodity Futures Trading Commission’s fintech initiative LabCFTC, told a US House Committee on Agriculture hearing there should not be “hasty regulatory pronouncements” on cryptocurrencies and digital assets. Gorfine said regulators “need to be sure that we are thoughtful in our approach and do not steer or impede the development of this area of innovation.”
/jlne.ws/2LrzxLm

SEC Will Go Against Companies Using ‘Blockchain’ On Their Names To Boost Prices
Jose Antonio Lanz – EthereumWorldNews
United States Securities and Exchange Commission (SEC) is taking the hype of blockchain technologies more seriously by standing against companies using misleading names to promote an artificial increase of their stocks value.
/jlne.ws/2LoLEsM

Cryptocurrencies – An Overview of the Legal Landscape, The Risks of Investing, and the Future of the Markets – Part 1
Trace Schmeltz – Barnes & Thornburg
In this two-part blog series, I will be giving an overview of the legal landscape of cryptocurrencies, touch on the biggest risks for those who want to trade cryptocurrency, as well as a look into what the future of this market looks like.
/jlne.ws/2Lkqmg3

Why Litecoin’s Creator Is Buying Into a Bank (And How It Could Go Wrong)
Leigh Cuen – Coindesk
One of the most unusual and potentially transformative deals in the cryptocurrency space started as an argument on social media.
/jlne.ws/2Lt8sHK

Surrey Police get budget boost after £1.25m bitcoin seizure; Court ruling on money-laundering assets aids force’s stretched finances
Caroline Binham in London – FT
Surrey Police has become the first UK force to seize and convert bitcoin as part of a criminal probe, netting £1.25m worth of the cryptocurrency, some of which will pay for financial investigators at a time of reduced budgets.
/jlne.ws/2LmDTn8