The CBOE held a gala event at the Aon Grand Ballroom at Navy Pier in Chicago last night to celebrate the long and successful careers of several key employees whose tenure dated back to the nascent years of the exchange.

Among those honored were Ed Provost, Philip Slocum, Thomas Knorring, Gerald O’Connell, Thomas Brady, Debra Peters and former chairman and CEO Bill Brodsky. Over 200 years of experience in the world’s first and leading options exchange will retire or move on with the CBOE closed the deal with BATS.

The event was attended by key industry veterans with roots in the CBOE story and in Bill Brodsky’s personal story, including colleagues of Brodsky’s from the AMEX where he started his exchange career.

Fellow industry legends Leo Melamed and Jack Sandner, who hired Brodsky at the CME and brought him to Chicago, were in attendance. There were too many key players in the story to list, but Brodsky did his best in comments to the audience.

The CBOE unveiled an oil painting of Brodsky that will hang in the CBOE boardroom, in honor of his service to the exchange.

The CBOE staff pulled off an incredible event worthy of those they honored. They are to be commended. The Yin and Yang of Options Markets
JohnLothianNews.com

Henry Schwartz, president of Trade Alert, thinks the options industry is doing well given current market conditions, but is quick to acknowledge its much publicized struggles. In this video from the Options Industry Conference in Scottsdale, Ariz., Schwartz talks about the interrelated forces at work in options markets today and how they are both hurting and helping the industry.

***** The hashtag I want to suggest is not family friendly.

Wednesday’s Top Three
It’s funny how the top stories work sometimes. A last minute addition of a piece sometimes becomes the most read item of the day. So it was with T. Boone Pickens’ An Open Letter to This Year’s Graduating Seniors, which was the top piece. Second went to Bloomberg’s There’s a Big Technical Reason for Low Volatility in Stocks. In third was our invitation to FOW Trading Chicago, our first event with FOW, which will take place at the Swissotel in Chicago on June 28.

CFTC looks to modernise with FinTech plan; CFTC looks to bring itself into 21st century with the launch of a major FinTech initiative.
Hayley McDowell – The Trade
The US Commodity Futures Trading Commission (CFTC) has confirmed its plans to launch LabCFTC to promote FinTech in futures and swaps markets.
/goo.gl/0Ct8qP

Wall Street Regulator Says Giving Brokers Report Cards Leads to Drop in Fraud Patterns; Finra to expand use of report cards to reduce manipulation
Dave Michaels – WSJ
Wall Street is cracking down on a common, manipulative trading technique after its self-regulatory organization began grading brokers on how much bad behavior flows through their systems.
/goo.gl/ezJPCp

VIX Surge Is Unwelcome Lesson in Duplicity of Volatility Wagers
Oliver Renick – Bloomberg
Short volatility trade takes a hit after months in the green; Long volatility trade pays out but only for astute timers
It finally happened. After months of speculation over when the lull in U.S. equity volatility would snap, investors got their answer Wednesday. A bombshell report on President Donald Trump’s interactions with former FBI director James Comey sent the VIX up the most in almost a year.
/goo.gl/Gpm5HW

EU looks to build alternative to London for capital market; As the EU’s biggest financial market, London’s departure has caused Brussels to re-evaluate its key market integration policy
Huw Jones – Independent
“The departure of the UK from the single market reinforces the need and urgency of further developing and integrating EU capital markets,” says the European Commission Reuters
Brexit has forced the European Union to rethink its flagship capital markets union (CMU) project and urgently look for ways to create an alternative financial market to London, according to a draft EU document seen by Reuters on Wednesday.
/goo.gl/9n1L0Z

Deutsche Bank wants former bosses to pay for past misconduct
Tom Sims and Arno Schuetze – Reuters
Deutsche Bank (DBKGn.DE) expects former board members to pay substantial sums for their role in past misconduct which has tarnished the reputation of Germany’s biggest lender, its chairman Paul Achleitner said on Thursday.
/goo.gl/hff3k4

Deutsche Bank has been asked to make a plan for moving clearing out of London after Brexit
John O’Donnell – Reuters
European supervisors want Deutsche Bank to prepare a fallback plan to lay out how it could shift the clearing of trades from London, one person with direct knowledge of the matter said, as the region seeks to guard itself against a possible hard Brexit.
/goo.gl/IMGqnX

Lehman Brothers’ European creditors to share £5bn payout
Jane Croft – Financial Times
Creditors of the European arm of Lehman Brothers will receive at least £5bn to cover interest on their debt after a Supreme Court judgment on issues relating to the US investment bank’s collapse in 2008.
jlne.ws/2rscgLM

Speed Bumps, Quad ETF’s and Closing Orders, Oh My!
Themis Trading Blog
There are three breaking market structure news items, all involving the NYSE, that we would like to comment on today: 1) The SEC has approved NYSE’s speed bump for its NYSE MKT exchange. 2) The WSJ is reporting that the SEC will reconsider its approval of the ForceShares Daily 4X US Market Futures Long Fund and Short Fund (aka the “4x ETF”). 3) NYSE released a letter where they chastised BATS for proposing a new market on close order.
jlne.ws/2rs30XZ

Deutsche Boerse CEO says no big mergers on the cards for now
Reuters
Big stock exchange mergers are currently off the table for German stock exchange operator Deutsche Boerse (DB1Gn.DE) following a failed attempt to link up with London Stock Exchange (LSE.L), CEO Carsten Kengeter said on Wednesday.
“It is currently quite difficult to think about large exchange mergers,” Kengeter told shareholders at the company’s annual general meeting. “But that does not mean acquisitions, partnerships, and investments are no longer possible.”
/goo.gl/0iQpmq

Trump Administration Weighs Adding Currency Rules to Nafta
William Mauldin – WSJ
The Trump administration has told senators it is considering adding rules barring currency manipulation to the North American Free Trade Agreement, according to congressional aides, a departure from past U.S. policy that could set a precedent for other trade deals.
jlne.ws/2rsccM6

Brazil Plunges Back Into Political Crisis as Markets Brace
Samy Adghirni, Mario Sergio Lima and Rachel Gamarski – Bloomberg
Temer denies having authorized any obstruction of justice; The allegations are the latest development of Carwash probe
Brazil was plunged back into a political crisis reminiscent of last year’s impeachment saga following reports that President Michel Temer was embroiled in an alleged cover-up scheme involving the jailed former speaker of the lower house of Congress.
/goo.gl/PzFCwq

Jeremy Corbyn’s bizarre war on City hedge funds continues to unfold
Christian May – City AM
Not even Jeremy Corbyn’s biggest fans could honestly claim, hand on heart, that the Labour leader is a great intellectual.
/goo.gl/srZkgV

London Whale’s Minnow Wages Lonely Identity Fight With FCA
Suzi Ring – Bloomberg
Court ruling on third-party rights saw most traders drop suits; Grout, involved in London Whale case, still has active appeal
A former JPMorgan Chase & Co. trader involved in the infamous “London Whale” scandal is the only man left standing in a fight with the U.K. markets regulator over how people are identified in penalty notices, after a landmark court ruling saw off at least half a dozen other suits.
jlne.ws/2rsjY8E

US moves to settle ‘Wolf of Wall Street’ corruption claim; US prosecutors look to resolve case over film implicated in Malaysia’s 1MDB scandal
Jeevan Vasagar – FT
The Hollywood studio behind The Wolf of Wall Street is in talks with the US Department of Justice to settle a lawsuit alleging the film was funded with money diverted from 1MDB, the Malaysian state investment fund mired in a multibillion-dollar embezzlement scandal.
/goo.gl/qYNhpE

You Can Use ETFs to Take a Crack at Predicting Currency Returns
Sid Verma – Bloomberg
Deutsche study finds unhedged equity flows presage FX moves; ‘Results suggest that ETF flows can predict currency returns’
Seeking an informational edge on where currencies from the euro to the yen to the Mexican peso are headed? Take a look at flows into equity exchange-traded funds.
/goo.gl/uTbUKL

The currency of the future has a settlement problem
Izabella Kaminska – Financial Times
Anyone and everyone’s attention in bitcoin is currently transfixed on a single number: the amount of unconfirmed transactions building up on the bitcoin network. Earlier on Wednesday, the number surpassed 200,000, an unprecedented level.
jlne.ws/2rsaXwi

Fed’s Rate-Hike Odds Tumble After Washington Chaos Hits Bond Market
Brian Chappatta – Bloomberg
The bond market is interpreting what could be the deepest crisis of Donald Trump’s presidency as throwing the Federal Reserve off its path for interest-rate increases this year.
jlne.ws/2rsj1gI

Bank of Ireland picks HSBC executive as its new CEO
Vincent Boland – Financial Times
Bank of Ireland has appointed Francesca McDonagh, a 42-year-old senior banker at HSBC, as its new chief executive to replace Richie Boucher, who is stepping down later this year.
jlne.ws/2rsh43Y

China Investors Aren’t Buying Central Bank’s Yuan Fix
Saumya Vaishampayan – WSJ
China’s central bank is guiding the currency higher, but the country’s investors seem unconvinced. The People’s Bank of China on Wednesday fixed the yuan at 6.8635 per dollar, the strongest since Feb. 17, only to have it weaken to 6.88 within minutes of the 9:30 a.m. opening of trading. It ended slightly down from Tuesday’s close, despite the stronger fix.
jlne.ws/2rsjMWY

Brexit Bulletin: The Business of Divorce
Simon Kennedy – Bloomberg
Juncker says the split is in the hands of divorce lawyers now; May to pledge smooth and orderly Brexit in manifesto
U.K. Prime Minister Theresa May once said she didn’t like Brexit being labeled a “divorce.”
/goo.gl/zasdlq 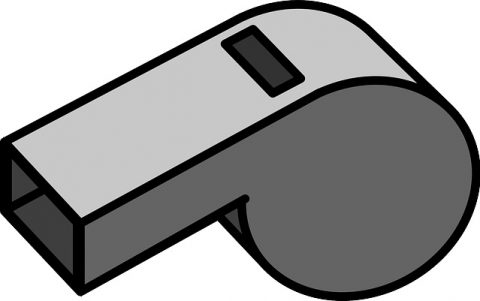