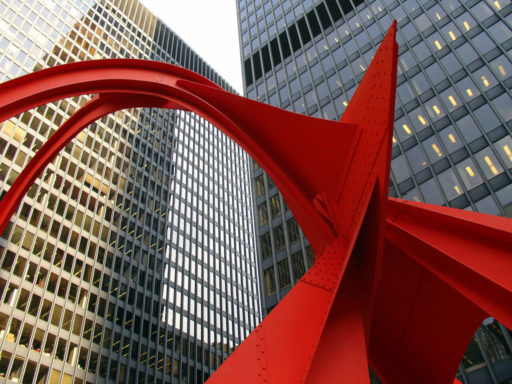 The Department of Justice’s indictment as well as evidence presented during the trial indicated that the government does not view the defendants’ activities as rare events among traders. The verdicts came as the Wall Street Journal reported JP Morgan Chase is nearing a settlement with the U.S. government to settle market manipulation charges stemming from spoofing metals markets by its employees at about the same time.

Vorley’s and Chanu’s trading activities are now recognized as spoofing. The Dodd-Frank Act, which specifies spoofing on futures markets as illegal, first came into force in 2011, the middle of the period relating to the violations. Spoofing, which is viewed as a type of fraud, was not charged by the government.

On the wire fraud counts, the defendants faced separate counts under the indictment but were jointly tried. They were both charged with the same count of conspiracy. The defendants, who did not testify, each had a large team of attorneys in the courtroom. The defense aggressively cross-examined the government’s witnesses but did not offer any witnesses of their own.

Vorley’s legal team includes Roger Burlingame from Dechert LLP.  Roger Burlingame earlier this year got the infamous spoofer Navinder Sarao a sweetheart sentence of one-year’s house arrest (that is being served, ironically enough, while the rest of the world is under COVID-19 house arrest). Chanu is represented by Ropes & Gray.

Sentencing was set by Judge John Tharp for January 21, 2021. The defendants could be sentenced to serve time in jail.

The court calendared procedures for a “Rule 29” motion. Rule 29 of the federal rules of criminal procedure allows a defendant who has been found guilty to ask the court for acquittal based on matters of law. Vorley’s attorney said his client will appeal the verdict.

Tharp told the court he expected that some of his pre-trial and trial decisions would be reviewed under appeal. He noted that in a long-fought and complicated case like this one an appeal is expected. The process of bringing the charges to trial was contentious.

The judge also said that in his experience some of his decisions in other trials have been reversed and others upheld. Tharp said that much of the case ultimately will be decided by the Seventh Circuit Court of Appeals.

Vorley’s attorneys had unsuccessfully fought admission by the government of taped interviews by their client with Deutsche Bank personnel as violating his rights against self-incrimination.

Vorley is a U.K. citizen and resident. Chanu is a French citizen who resides in Dubai. The prosecution asked the judge to order the defendants jailed pending sentencing since they have no ties to the United States and might not return for sentencing.

The judge brushed those concerns aside and left the current bail arrangements in place. Apparently neither defendant has considerable personal means and both rely on liens on their parents’ residences to secure their bail. The defendants are expected to return to their homes until sentencing. As a condition of their bail, their passports are controlled by their attorneys.

The verdict came after three full days of deliberations by the jury, which reported several times that it was deadlocked on all counts. Seemingly expecting deliberations to continue after the weekend, the defense teams were heard nonchalantly making Friday-night dinner arrangements right before the jury came back with its verdict.

The defense indicated that it may argue that the jury’s seemingly rapid change of mind resulted from coercive pressure from jurors having to deliberate together under the threat of COVID-19 infection. The jury lost three of its members due to their personal COVID-19 worries after one of the jurors reported a sudden onset of possible COVID-19 symptoms to the court on Tuesday morning. Before Tuesday morning, the jury pool consisted of twelve jurors and two alternates.