Don’t Blink, The Markets Are Changing Right In Front of Your Eyes 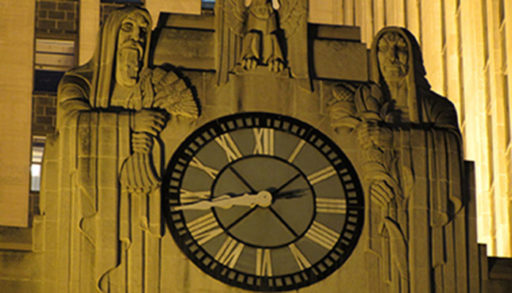 Eighteen years after the start of this newsletter, the markets and its participants face new challenges that make reading JLN today even more important, relevant and necessary to keep abreast of the latest disruptive challenges.

Today we find ourselves at an inflection point in the markets, with a new generation of digital natives discovering whole new opportunities in the markets, billions of dollars pouring into potentially disintermediating fintech and intense global interest in all things fintech and crypto.

Back in 2000, when this newsletter was first published, the markets were facing the move from traditional open outcry trading and other trading formats to electronic trading. The changes in market structure were going to impact everyone, and they did. Gone are firms, exchanges, traders and colleagues who could not pivot to the new electronic trading world.

Today, billions of dollars around the world are being invested in fintech applications which have the potential to disintermediate the disintermediators of the last eighteen years. Crypto markets, blockchain, artificial intelligence, machine learning, big data and other technologies represent material challenges to the status quo and the entities who profit from it.

For a deep dive into what is happening in fintech in the exchange space, read the World Federation of Exchanges & McKinsey joint report on fintech in capital markets infrastructure industry.

But don’t blink, because the world is changing right before your eyes.

I started the John Lothian Newsletter as a viral marketing experiment to help my then electronic futures brokerage business and help network to raise money for Commodity Trading Advisors. I often say it was blogging before blogging was called blogging. Today blogging, or microblogging, is part of lives of billions of people around the world.

People around the world have been energized by the technology, structure and language that has developed since I began publishing this daily aggregation of non-price related market news. Today, people everywhere can interact directly with each other in ways that used to require traditional intermediaries. I can’t remember the last time I actually wrote a letter, but I write emails, tweets and posts by the dozens every day. I can’t tell you who anchors the nightly television news on the major networks, as I have not watched regularly in more than a decade. I can tell you who are good people to follow on Twitter.

Instead of disrupting human communications, the new technological challengers are impacting the ways we interact financially, including what is and is not considered money, or a store of wealth.

The bitcoin mania that peaked in December with the launch of the Cboe and CME Group futures contracts was an incredible display of the creative energy behind this latest disruptive threat. The ferocity of the rally in bitcoin prices was a spectacle of price discovery for the ages, eliciting many comparisons to historic asset bubbles.

Prices of bitcoin may have peaked, but the interest in bitcoin and other crypto-assets has not. If lightning can strike once, maybe it can strike again. And it will, but like black swans, it is hard to tell where and when they will show up.

Everyday as I collect stories for this newsletter, I am struck by the awe-inspiring interest in fintech around the world. This is not an area of interest for Silicon Valley, but rather all the tech valleys and innovation centers around the world.

The amount of human capital being applied to fintech and crypto-assets is unprecedented, as far as I can tell. Yes, billions were thrown into the economy of the late 1990s before the technology bust of the early 2000s, but this seems different for its impact on all parts of the markets and flows of capital. In a world of so many smartphones and tablets, everyone across the planet seems in play.

This whole fintech and crypto revolution has brought an entire new generation of people into the orbit of the markets. We have not seen a generational change like this since the financial futures markets were launched in the mid-1970s and 20 and 30-year olds populated the financial trading pits. At the time when financial futures were introduced, the average age of a CBOT full member on the ag trading floor was something like 65.

An entire media world has erupted into existence, supporting the fintech and crypto movement with coverage and cheerleading. There are too many sites for me to even keep up with it all. Time will tell which media enterprises uphold traditional journalistic standards, or are just marketing platforms to advance the philosophy behind the disruptive change.

In the meantime, John Lothian News continues to grow more relevant to those interested in monitoring the change for personal or professional reasons. Now would be a good time to tell a friend or colleague that they should become subscribers to the John Lothian Newsletter.

We have been covering the disruptive changes in our markets since we started 18 years ago. Our team does a great job of aggregating the stories from the web you want and need to read, and in creating unique content of our own. The latest story from Jim Kharouf for JLN about the impact of the recent market volatility on some of the industry’s FCMs is a perfect example. Nowhere else did I see that story reported.

Several years ago we were the first to report on the changes coming to the residual interest rules for FCMs, causing the rest of the media to play catch up. That was our most watched video at the time.

For much of 2016 and again in 2018, the @JohnLothian Twitter account has been the highest ranked for relevance by the www.streeteye.com financial news aggregation site. We are actively tweeting the stories you need to read in order to stay up on the latest non-price oriented market news.

Now is the chance for you to be a hero to your friends and colleagues and recommend the John Lothian Newsletter to help them manage the disruptive change that is upon us. We have seen it before and we are seeing it again. Be a hero, recommend they subscribe.