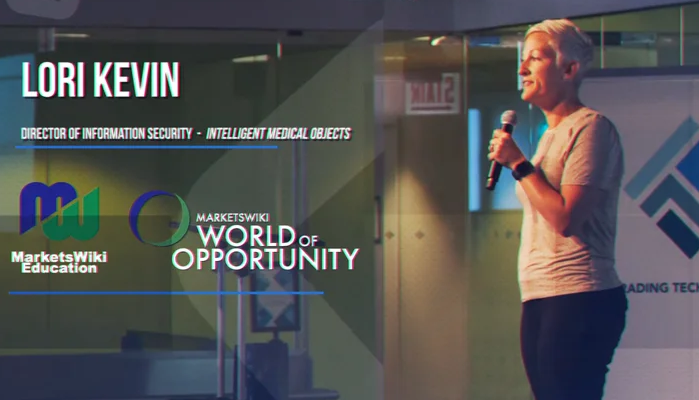 In this video from MarketsWiki Education’s World Of Opportunity event in Chicago, Lori Kevin, managing director of operations for CSG, talks about the many security threats companies face in today’s digital world, including identity theft, of which she was a victim, and how to fight off these threats with the right policies and procedures.

Drop in hot stocks stirs memories of ‘quant quake’
Robin Wigglesworth – Financial Times
The stock market may appear tranquil again after a rollercoaster summer, but many analysts and investors are unnerved by violent moves beneath the surface, reviving memories of the 2007 “quant quake” that shook the computer-driven investment industry.
The FTSE All-World equity index has rallied almost 3 per cent already this month, clawing back some of August’s losses. However, many highly popular stocks suffered a sudden and brutal sell-off this week, a reversal that analysts have already dubbed the “momentum crash”.
/on.ft.com/2UPOPvP

No deal Brexit is not a hedge fund conspiracy
Jamie Powell, John Burn-Murdoch and Thomas Hale – Financial Times
Yesterday the Byline Times outlined some GBP4.6bn of aggregate short equity positions from hedge funds that, the site claimed, “directly or indirectly bankrolled Boris Johnson’s leadership campaign”, and thus a no deal Brexit.
The inference is that hedge funds have used their financial might to influence the outcome of Brexit via political donations and are now standing to benefit through short positions in UK companies.
/on.ft.com/2AihrEp

Sterling hovers near recent highs as investors weigh up Brexit outcomes
Olga Cotaga – Reuters
Sterling held on Thursday near the six-week high it reached at the start of the week as investors weighed up Britain’s chances of securing a divorce deal with the European Union ahead of its departure from the bloc on Oct. 31.
/reut.rs/2UN4FYe

ECB cuts key rate for first time since 2016 as recession fears grow
Edmund Heaphy – Yahoo Finance
The European Central Bank (ECB) on Thursday chose to cut one of its key interest rates for the first time since early 2016, pushing it into record negative territory.
As part of a sweeping stimulus package designed to boost the eurozone’s ailing economy, the bank also announced that it plans to revive its controversial asset-purchasing programme from November.
/yhoo.it/2UR53oH

MarketTaker.com Founder Dan Passarelli’s Bullish Options Trade on Apple
Bloomberg
In this edition of “Options Insight,” MarketTaker.com’s Dan Passarelli examines the performance of the S&P 500 amid the China-U.S. trade war and his investment strategy for Apple Inc. with Bloomberg’s Abigail Doolittle on “Bloomberg Markets: The Close.”
/bloom.bg/2URK8BM

CME Group to Launch New Shanghai Gold Futures Contracts on October 14 Connecting Global Market Participants to the Chinese Physical Gold Market
CME Group
CME Group, the world’s leading and most diverse derivatives marketplace, today announced the launch of two new gold futures contracts on October 14, 2019, pending regulatory approvals.
Designed to connect global market participants to Chinese physical gold markets, these two new financially-settled contracts will be denominated in U.S. dollars and Renminbi – Shanghai Gold (USD) futures and Shanghai Gold (CNH) futures, are based on the SGE Shanghai Gold Benchmark PM Price. CME Group will be using the EBS CNH Benchmark – 3pm Beijing for USD conversion. The contract sizes will be 1 kilogram, with the USD contract priced in troy ounces and the CNH contract priced in grams, and both contracts will be listed on and subject to the rules and regulations of the COMEX.
bit.ly/2UX4c5S

****JB: No options on these, but maybe someday. Till then there are COMEX Gold Options.

That’s a Wrap! Cboe RMC Europe Day 3 in Photos
Cboe
The final day of Cboe RMC Europe started with a presentation from Hitendra Varsani, executive director of index research at MSCI, about the globalization of portfolio allocations. Varsani discussed the decline of size and home bias, as well as the rise of multi-currency futures to help mitigate currency risk. He also focused on the increase in trading of Cboe MSCI Emerging Markets Index options and the new emerging market and EAFE buywrite and putwrite benchmark indexes.
bit.ly/2UR9Sy1

Learning to Hedge Risks in a Changing World
Yale School of Management
When Professor Stefano Giglio, a finance scholar with interests in asset pricing and market volatility, arrived at the Yale School of Management in 2017, he knew right away that he wanted to create a new course introducing business students to the practical ramifications of research on risk. “Every business school should have a course that teaches you how to manage risks,” he says.
bit.ly/2UOFfJG

Analyst view: Negative rates? Not so fast, says Wall Street
Reuters
U.S. President Donald Trump’s pining for negative rates was widely panned on Wall Street where strategists and traders said such a move would be unjustified and extreme, and not advisable based on the experience in other countries.
/reut.rs/2UX3s0A