Electronic trading changed the way quotes are generated, archived and delivered to traders, brokers and their clients over the internet. Barchart was a pioneer in delivering quotes over the internet and providing them for several exchanges. Today it is the largest futures-centric quote provider.

Eero Pikat, the president of Barchart, was interviewed over Zoom by John Lothian for the MarketsWiki Education Path to Electronic Trading video series to talk about how technology changed over the years as electronic trading took hold and then dominated trading in futures, options and equities.

Barchart.com was born from a company named Logical Systems that produced some software for traders in the futures trading pits. Then the firm moved their software from the desktop computer to the internet when the internet was becoming accessible to the masses.

When the e-mini S&P launched, Barchart provided free real time quotes for the new electronically traded product. Then they did the same for the CBOT’s new Mini Dow contract. But they also provided the bids and offers of the Mini Dow and full market depth, the first time futures depth had been provided over the internet for free.

Back then quotes were provided via Java applets running in a browser, but there were problems with Java. Flash technology was just beginning and there were competing versions of Java from Symantec and Microsoft that were not very compatible.

Barchart decided to use a fast repeating webpage with a 5 second refresh. Then, when the Java  technology stabilized, Barchart moved to browser applets to provide the internet quotes.

Then Microsott started pushing a new technology called ActiveX as part of the Windows 95 and Windows 98 technology. Barchart developed streaming charts and quotes using the ActiveX code embedded into webpages. ActiveX was phased out though because of security concerns as the code deployed on the machines could be used for nefarious purposes.

In 2011-12 there was a need for a streaming protocol to the browser. All the technologies used at the time showed the need for a better protocol. That led to the development of web sockets, though it took a few years for it to take hold. That is when Barchart adopted it to push data right to the web browser.

Barchart became an early adopter of the cloud, specifically Amazon Web Services. The cause was the surge of web data around the 8:30 AM start of trade hour and the end of the trading day, and Barchart needed enough bandwidth to manage this surge.

Using the cloud, Barchart was able to smooth the costs of the connectivity they needed to manage the surges and the rest of the data they provided customers.

Barchart moved to a serverless service from Amazon using Amazon Lambda. They also used DynamoDB for a database.

Barchart today is the largest futures centric data on the internet. But today, they are seeing more requests for alternative forms of data, including grain related data, including weather data and crop production data.

Pikat spoke about the side by side trading, with futures markets trading in the pit and electronically. As markets moved electronic, trade sizes began to grow and that produced more data. As the demand for data grew, more bandwidth was required. This created a cycle of demand for bandwidth, more data and more volume.

As the data pipes grew larger, the markets grew tighter, he said.

He also talked about the problem of delivering huge amounts of data that has been produced by these electronic markets. 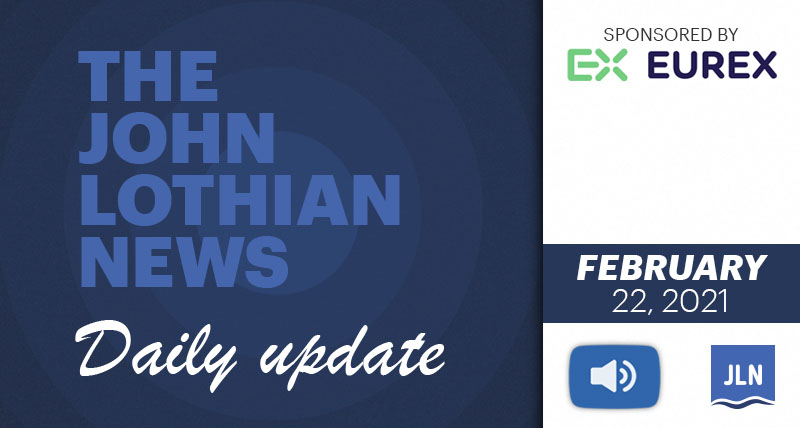