Euro Falls and Options Traders Have a Told-You-So Moment on ECB; Young trader’s epic Beyond Meat stock misfire: ‘Biggest mistake of my life’ 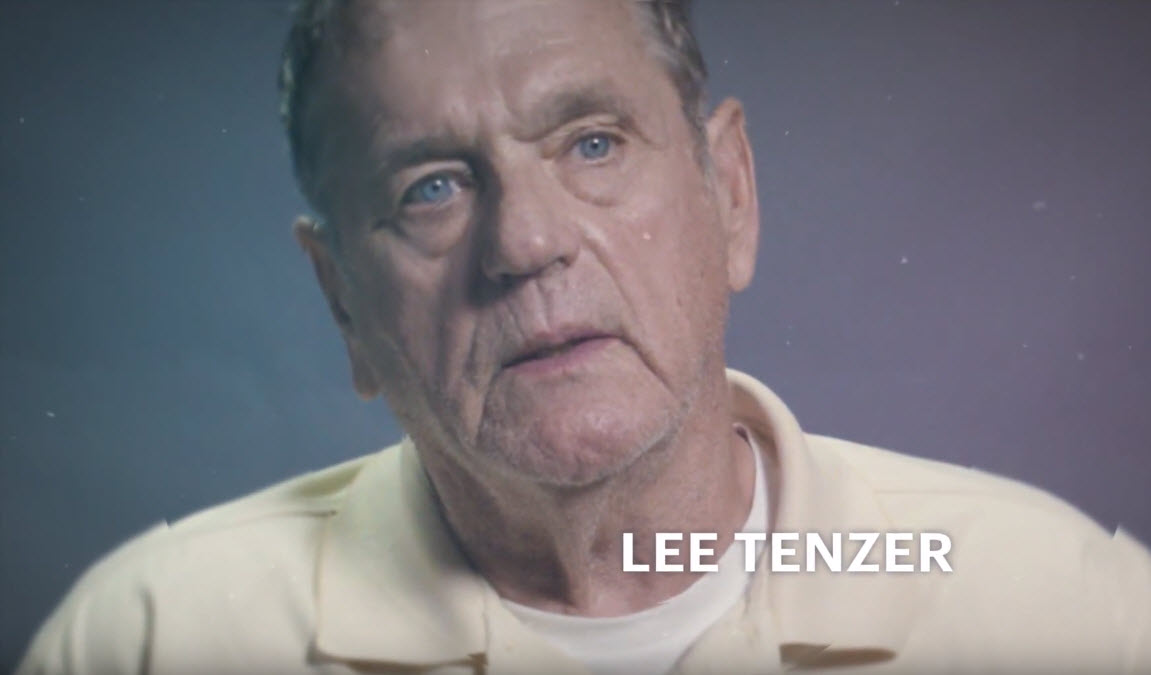 Lee Tenzer is one of the giants of the Chicago markets. He was an inaugural member of the Crowd of Fame from the Options Industry Council. Lee E. Tenzer is the founder of trading firm LETCO and brought two leading names from the industry into the markets. His first clerk was Jon Najarian and later he hired Don Wilson. He formed LETCO so he and Najarian could both trade, as an entity was required to do that. At its peak, LETCO had 75 traders and 150 employees. His trading style was to be neutral and take the other side of the customer orders, which he did profitably. He exited the trading business in 2002 as electronic trading negatively impacted the trading floor. Today he has a family office with various investments, including Lake Geneva Canopy Tours.

Euro Falls and Options Traders Have a Told-You-So Moment on ECB
Vassilis Karamanis – Bloomberg
Option traders were right to expect the least exciting European Central Bank policy meeting in more than five years.
Even though the euro declined as much as 0.3%, it’s still languishing within a tight range that has held since early December. One-month implied volatility, a measure of swings in the currency, slipped to an all-time low.
/bloom.bg/2RLvISu

Young trader’s epic Beyond Meat stock misfire: ‘Biggest mistake of my life’
Shawn Langlois – MarketWatch
For veteran Wall Street types, $12,000 is a rounding error, but for a guy getting his feet wet in the options pits, losing that much will leave a scar.
Unfortunately, that’s what happened this week to an anonymous trader whom we’ll call “Juice,” if the sob story he shared on Reddit is accurate.
/on.mktw.net/37oC1SO

****JB: It seems every few months something like this is chronicled in the WallStreetBets subreddit. You’d think people would learn from those cautionary tales but nope…it keeps happening.

How An Exotic Investment Product Sold In Korea Could Create Havoc In The U.S. Options Market
Bloomberg (AUDIO)
What’s the connection between low global interest rates, Korean retail investors, and the U.S. options market? On this week’s Odd Lots podcast, we discuss the fascinating world of Korean structured notes with Benn Eifert of QVR Advisors. He explains how a very exotic type of investment sold to Korean retail investors could, through a series of hedging requirements, end up causing massive volatility in the market for S&P 500 options.
/bloom.bg/2sV6AR0

Catching Investors By The ‘TAIL’ as the Chinese New Year Arrives
Bloomberg (VIDEO)
The ETF industry has something for everyone — the Cambria Tail Risk ETF (ticker: TAIL) looks to mitigate significant downside market risk through options and Treasuries. In this week’s “There’s an ETF for That”, Bloomberg’s Scarlet Fu breaks down ‘TAIL’ as the “Year of the Rat” is set to begin in the Chinese New Year.
/bloom.bg/2Rm9Cae

Mexico goes ghost as its oil hedge bill spirals
Stefanie Eschenbacher, Devika Krishna Kumar – Reuters
To frustrate speculators and contain an annual bill of more than $1 billion, Mexico is going to new lengths to mask its attempts to insure its revenue from oil sales against falling prices – no mean feat for a hedging program known as Wall Street’s biggest oil trade. Getting the hedge right is crucial for Mexico as it offers stability at a time the government is planning to boost social welfare and security spending, the economy is stagnating and the country’s credit-worthiness is under intense scrutiny.
/reut.rs/2tBDMNT

The Exchange of the Future: A One-Stop Shop (opinion)
Kurt Dew – TABB Forum
The SEC’s support of exchange competition is a dead end. The economics of exchange trading lead to a single exchange dominating the marketplace for the trading of each financial instrument, the proposed new exchanges are ignoring the iron rule of liquidity, and the regulator cannot foster a stable collection of exchanges through regulation-induced subsidies designed to prop up otherwise failed exchanges. The question is: How do users of the marketplace benefit most from this outcome, and how do federal regulators assure that a single exchange does not become a grasping monopoly?
bit.ly/30NcsIt

Court urges individual behind FX scam Simple Wealth to respond in action brought by CFTC
Maria Nikolova – FinanceFeeds
The United States Commodity Futures Trading Commission (CFTC) may be getting closer to obtaining the information it seeks regarding suspected Forex and binary options scam Simple Wealth, as the Columbia District Court has issued an order that supports the efforts of the regulator.
The order, signed by Judge Carl. J. Nichols on January 22, 2020, and seen by FinanceFeeds, urges Cody M. Wilson, the individual behind Simple Wealth to respond.
bit.ly/2NNqzIz

Will We Ever Stop Talking About The Vix?
RCM Alternatives
We’re honestly not totally sure if we’ll ever stop talking about the VIX. We correctly guessed (not that hard) the VIX was going to be a big part of the 2019 conversation, and we’re back 365 days later in our Managed Futures Outlook 2020 talking about it again: … did anything really change in terms of the VIX market [from 2018’s spike to 2019]? Did the VIXmageddon cause people to stop selling volatility as an investment strategy? Have there been more volatility spikes? Have the vol spikes that have happened been more long lived? Have speculators stopped selling VIX futures en masse.
bit.ly/38zK7rE

SIFMA Promotes Ellen Greene to Managing Director, Equity and Options Market Structure
SIFMA
SIFMA today announced that Ellen Greene has been promoted to the position of managing director, equity and options market structure. In this new role, Ms. Greene will take on the additional role of staff advisor to SIFMA’s Equity Markets and Trading Committee. She will have responsibility for all market structure issues in the equities and listed options areas, which is part of SIFMA’s broader Capital Markets division, and will report to Rob Toomey, SIFMA managing director and associate general counsel. Ms. Greene will retain her responsibility for SIFMA’s Listed Options Committee.
bit.ly/37lScjL

‘Doomsday Clock’ minute hand moves 20 seconds closer to midnight
Tim Rostan – MarketWatch
The Bulletin of the Atomic Scientists announced early Thursday that the minute hand on its so-called Doomsday Clock has moved closer to midnight by a third of a minute. “It is [now] 100 seconds to midnight,” said Rachel Bronson, the CEO of the Chicago-based group, whose stated mission is to equip the public, policy makers and scientists with the information needed to reduce man-made threats to human existence. Humanity, according to the Bulletin, is facing two existential threats — in climate change and nuclear war — with cyberwarfare acting as a threat multiplier. A year ago, the group opted to leave the minute hand at two minutes to midnight, on the heels of a 30-second move toward midnight in January 2018.
/on.mktw.net/37nKK7s