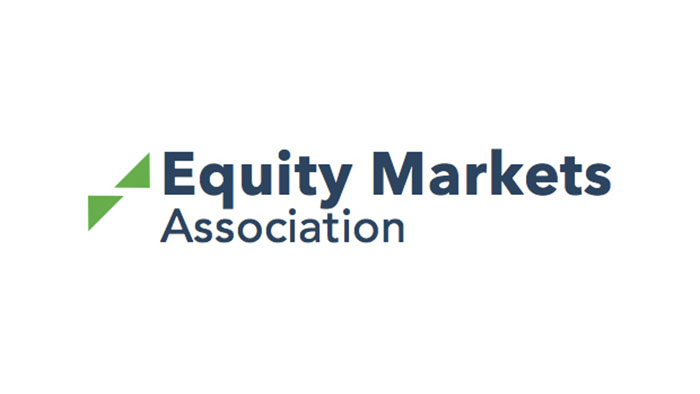 Executives from the New York Stock Exchange, Nasdaq and Cboe Global Markets, in a webinar Tuesday titled, “Equity Markets and the COVID-19 Pandemic,” mostly breathed a collective sigh of relief at surviving the storm.

The online event was sponsored by BakerHostetler and the Equity Markets Association.

During an unprecedented period of uncertainty, “Markets were part of the solution,” said Tal Cohen, executive vice president and head of North American Markets at Nasdaq. “Unlike in 2008 and 2009, when they were part of the problem,” he added.

During the COVID-19 crisis, markets “were taken to the edge, but they performed well,” Cohen said.

“Having a clear idea of the limit-up and limit-down rules prevented the need for improvisation during the crisis,” said Michael Blaugrund, NYSE’s chief operating officer. He said work done for the Securities and Exchange Commission’s Reg SCI, adopted in November 2014, helped institutionalize exchange preparedness and “likely could be extended even more broadly across the industry.”

“March was like going fishing in an intense storm,” said Bryan Harkins, executive vice president and head of markets at Cboe Global Markets. You wanted to know you could count on your instruments to work, he said.

Market-wide circuit breakers were triggered four times in eight sessions during March amid volatility related to the coronavirus, according to Bloomberg. An initial circuit breaker, which results in a 15-minute trading pause in trading, is triggered when the S&P 500 Index declines 7 percent.

Cohen said he would like to see data on the circuit breakers studied “while the iron is hot.” The relationship between markets was more evident than ever,” said Cohen. “We need to think about fixed-income markets as well as equities. How did they perform in times of stress?”

The SEC said the rule change, proposed in a 600-page document on February 14, would update and expand the content of NMS market data “to better meet the diverse needs of investors in today’s equity markets.” In addition, the proposal would replace the “exclusive SIP” (securities information processors) model with a decentralized model of “competing consolidators.”

Blaugrund called a 60-day comment period for the SEC market data proposal during a time of market stress “somewhat illusory,” adding, ”there are consequences (of the proposal) that are not immediately obvious.”

A comment letter submitted to the SEC on the proposed rule change was more blunt. Submitted to the agency by the NYSE Group, Inc. on June 1, it stated that “instead of making reasoned, incremental improvements, the proposal upends nearly every aspect of existing market data infrastructure, requires industry-wide technology changes, and fractures well-established order protection principles.”

Nasdaq and Cboe Global Markets also commented, with Cboe stating, “We urge caution against unnecessary tinkering with critical market infrastructure without demonstrating that there are proven benefits for investors,” and Nasdaq stating the “Commission’s Proposed Rule on Market Data Infrastructure is too risky to adopt.”

Taking retail investors’ vantage point in a comment letter, JJ Kinahan, managing director, client advocacy and market structure at TD Ameritrade, Inc., said his firm “agrees that improvements can be made in some areas to help protect investors, particularly the retail investor.“ But, he added, the SEC’s “expansion of the definition of core data will not benefit the retail investor, but will likely generate significant confusion and cost increases.”

“We want to hear everybody’s voice,” Cohen said during the webinar. “It’s clear more time and more debate is needed.”