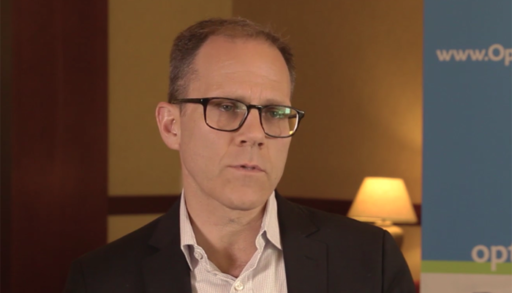 In the current options market environment of rapid retail trading growth, data on who is trading what — customer buyers versus firm buyers, that is — is a hot topic right now. In fact, Henry Schwartz, senior director and head of product intelligence at Cboe Global Markets, formerly president of Trade Alert LLC until it was acquired by Cboe in 2020, contends that information about customer flows has become more important than ever to market makers.

Quantitative analysis and how to properly value stocks and options remains critically important, he said, but customer activity and flows have taken over in some sectors, at least for the time being. A traditional valuation of GameStop, for example, would not have explained why its shares rallied in the last two weeks or how implied volatility exploded. “It’s not normal options flow,” Schwartz said in an interview with JLN on Monday, “it tends to focus on hot names.”

The amount of options activity from customers has had an “astounding” impact on the market, Schwartz said. “No-commission trades have taken some of the friction out” for customers, he said. That means better opportunities, but also fewer prohibitions against “scalping pennies,” since traders do not have to give up a chunk of their profit to brokerage fees.

Last year saw total options volume — all U.S. listed equity, index and ETF options — total 7.46 billion contracts, up by 52 percent compared with 2019. Average daily volume also was up 52 percent, to 29.5 million for the year. On the upside, it’s good to know that exchange capacity to handle the volume is there. “We saw very few glitches despite the influx,” he said.

“The majority of this new volume is retail,” Schwartz said. Average daily volume was 2.5 million contracts in the form of single-contract trades. By comparison, ADV of these small trades was less than 1 million in 2019 and barely half a million in 2018 — and the markets were up in 2018 too.

Last year the equity markets were “crazy volatile in the first quarter,” then bottomed out only to go up like a rocket for the next six months, he noted. Amid a rallying market, buying calls was a popular strategy last year, and has been so far this year too, Schwartz pointed out.

Looking at combined totals for U.S. options exchanges, Schwartz said the top 10 volume days in option trading took place in 2020, with the No. 1 day for the year coming in at 48.2 million on November 9, followed by No. 2 on February 28 with 48.0 million.

In contrast, institutional trading fell in 2020. Bigger-size trades — looking at 1,000-lots and larger — represented some 1 to 1½ million contracts a day in the form of big blocks, “although there is a trend to use algos for executing some of those trades, decreasing size,” he said.

OCC data show firm activity was notably light in 2020 as well, making up about 11 percent of the volume last year, in part because firms are not directly interacting with the retail customer flows that are directly routed from online brokerages to Citadel, Wolverine and others for execution. But institutions are beginning to figure out the opportunities amid the flood of retail trading, he said.

Looking ahead, Schwartz said he doesn’t see the retail trend ending in the near term. Why? Hundreds of thousands of new market participants have come into the market and commissions are never coming back, he said. Those traders know how to position for a bull market — if they didn’t, they would have disappeared. If the market goes down 15 percent over a few months, some of those customers are going to get hurt, he said, but some of those customers also understand how to manage risk in a sideways or down market.

“You could lose a chunk of this flow when people go back to work, or if and when the market stops going up, but I don’t think it’s all going away,” Schwartz said.