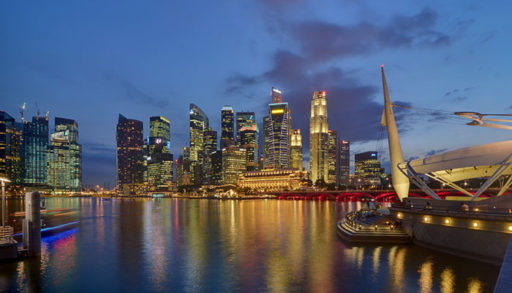 Jim Kharouf, communications director of IncubEx Inc., began “Innovation on the Edges” on Day 2 of FIA-V by saying “Happy Birthday” to the exchanges of each panelist present on the call he was moderating. The Hong Kong Exchange (HKEX) is celebrating its twentieth year as a publicly-traded company; the Singapore Exchange (SGX) is twenty-one this year; and the Brazilian exchange Brasil Bolsa Balcao, or B3, is three years old. “But of course,” Kharouf said, “legacies for each go back way further.”

Each representative took turns describing their respective exchange’s recent and long-term attempts to improve their services. Claudio Jacob, B3’s managing director, said the exchange was focused on broadening its offerings for international and local products – like international ETFs and Brazilian Deposit Receipts (BDRs), which he said are similar to American Deposit Receipts (ADRs) in the U.S. Jacob also said B3 is focused on improving market access for local and international market makers, and investing heavily in its infrastructure. It’s a good thing, too – Jacob said that like most major exchanges, B3’s trade volumes have been extremely high. “Usually we have about 600,000 investors investing in stocks and futures. Last month it was more like 3.1 million,” he said.

Chris Lee, managing director of global client development and markets at HKEX, said that 2020 has been a strong year for the exchange, which facilitated 97 IPOs so far, including several of what Lee called, “jumbo IPOs,” such as large biotech companies based in Asia. He talked about a number of HKEX’s products, such as futures on the Hang Seng TECH index, which HKEX announced last week, making HKEX the first exchange to list futures – and eventually options – on this index. The futures are scheduled to launch later in November, he said, and options are slated for January. “We were going to launch a bit sooner,” Lee said, “but Christmas kept getting in the way.”

Lee appeared to say that HKEX is preparing to play an even larger role in Asian markets in the future, particularly in its data services. “We believe this is the century of Asia,” Lee said. He also said that HKEX is building out its colocation data center (CoLo) in order to improve its data services and offer broader data services to market participants throughout Asia. “We’ve got ASX in our CoLo, SGX in our CoLo, LSE are in our CoLo, and we are obviously nicely located between Korea and Japan, so we’re building a lot around that CoLo to make it a sort of Asia central hub for trading,” he said. “We’ve got plenty to keep us busy into 2021, even if we don’t launch a new product, which…I’m sure we will.”

Like B3 and HKEX, SGX has been rolling out new products in several of its existing markets, as well as newer ESG-focused products, according to Rama Pillai, managing director of global sales and origination for SGX. “We are launching a new range of investment products with FTSE, as well as ESG,” he said. “The most successful was SGX FTSE Taiwan index futures contract, which had by far the fastest buildup of liquidity of any product we have listed – and I’ve been doing this for 3 decades.”

SGX’s technical investments are currently focused on finding new ways to benefit from cloud technology, Pillai said. “We have started to explore non-mission critical solutions that can be offered by the cloud,” he said. This includes offering historical data through cloud services, live streaming data through cloud, and offering colocation as a service. “During COVID, a lot of people can’t move around, so offering this kind of service allows people to plug and play more easily.” Pillai said SGX is also exploring how cloud technology can benefit the FX markets. “The future of FX lies in ability for clients to benefit from price discovery and transparency trading in a single venue,” he said, “so we acquired BidFX, a cloud-based trade platform, so we can serve the global FX market with an end to end solution.”