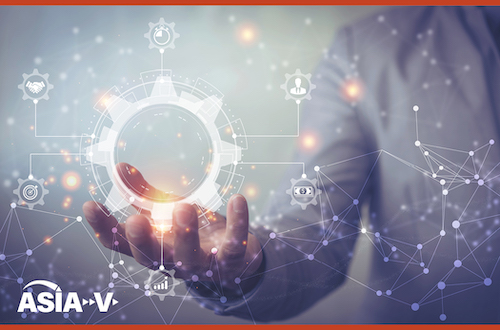 The COVID-19 pandemic and the period of intense volatility that followed its initial onslaught highlighted gaps in the infrastructure that supports global exchange-cleared derivatives systems. But those glitches have been at play for a while and need to be addressed, panelists at FIA’s Asia-V said.

In a panel on operational efficiencies during day two of the conference, Don Byron, FIA’s head of global industry operations and execution, pointed to the group’s November 2021 “Blueprint” plan to modernize trading processes.

The FIA report was based on interviews with 25 firms and more than 60 industry participants, done in collaboration with JDX Consulting. It showed the industry needs to move to “effective fire prevention rather than effective fire fighting,” said Byron. There’s some pain from operational inefficiencies, but in periods of volatility “it becomes a very sharp pain.” The FIA wanted to bring the industry together to help solve the problem, and the Blueprint is the first step in that direction, he said.

Byron said when FIA members were surveyed it became clear that the system worked – the trades were cleared – but that it often was a challenge to get the right trades into the right accounts.

Operational inefficiencies were highlighted by COVID-19 and the resulting market volatility, Byron said, but pre-existed COVID for the most part. The system is complex and global, he noted. “As we started to dive into it, it became clear it was not just an impact on operations, but on risk,” he said – not just in reference to clients’ abilities to manage their positions, but across the board.

Panelist Amanda Boteler, head of APAC futures clearing operations for Citi, also said the need for change became especially apparent amid the pandemic. It demonstrated that doing things manually is ineffective and that profit margins are going to get diminishing returns, she said. In addition, inefficiencies do impact risk perspectives.

Tom Vo, head of listing and trading operations at the Singapore Exchange, agreed. “Greater operational efficiency will help us reduce the risks in day-to-day operations,” he said. “Our industry is very interconnected,” with one incident affecting the other, he said. “Greater operational efficiencies also reduce the stress on the people working in our industry,” he pointed out, and help achieve sustainable growth in investing.

issues with execution, clearing and risk that were seen in 2008 are worth taking a look at today.

In 2020, when COVID occurred, central counterparty clearing houses (CCPs) worked, but the core problems of ‘08 still existed, he said.

“We do not have sufficient technology to connect the buy side and sell side together,” said Krishna Priya, director of APAC operations managed services at FIS. “As an industry, we have processes that are still very manual, and we also have been outsourcing processes,” she said. Consolidation of the operational processes should be undertaken, she added. “Mutualization and collaboration is needed,” as is investment in new talent.

“As an industry we have short memories,” Todd said. “We are spurred to make changes but don’t do it.” Competition and innovation are coming, he added. If industry participants don’t do  something, they will be at a disadvantage. But the problem is that we are talking about long-term investment decisions, and companies are expected to achieve results over 12 months, he said.

“The worst thing is if the future is destroyed by short-term profit pressures,” he added.

“We need a few risk-takers. We need a few heroes,” Todd said. “It is risky to make a stance in an organization for change. It is very comfortable to just drift along with the current inefficiencies. Because we get paid, we get bonuses,” he said. “But we need a few heroes to step up and say no, that enough is enough, and finally address the problem.”