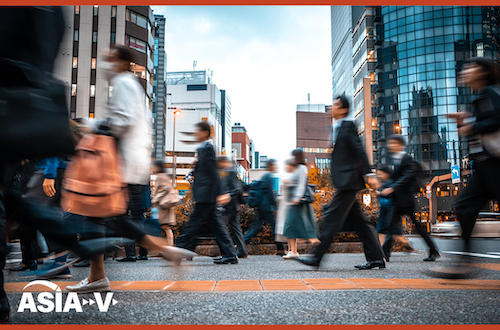 The first topic brought up at the panel titled “Future State: Where do we go from here?” at FIA Asia-V was the fallout from Archegos Capital Management and what the industry might learn from it.

Archegos was a $10 billion family office founded by the New York investor Bill Hwang. Its default in March 2021 was one of the largest trading disasters of all time.  Archegos failed to meet margin calls from its prime brokers, which then led to huge losses for Credit Suisse and Nomura, among other banks.

The default took the industry by surprise on a number of levels, said the panel’s moderator, David Martin, head of global clearing, Asia-Pacific at J.P. Morgan. He added that some analysis has since been done and good articles have been written about Archegos and practices in the financial industry.

He asked Philip Huang, head of risk management at Orient Futures International in Singapore, what the industry can do better in the future.

“In the long run,” Huang said, “I see the increasing importance of trading disclosures, slightly more restrictive terms for leveraged clients as well, and a shift away from traditional risk management assessments to the importance of data infrastructure and surveillance technology.”

Huang said that post-Archegos, there is likely to be an increased focus in risk management on autonomous decision making. With clients increasing at his brokerage, he said, he also sees consolidation in the global futures environment and eventually bigger data and more data risk models for decision making.

Chris Bainbridge, SocGen’s head of prime brokerage and clearing, Asia-Pacific, said that the futures industry today has to apply lessons from the Archegos incident to itself. One of the first things that should be addressed is how initial margins are calculated, he said.

“In the futures industry, the CCPs set the initial margins today. We’ve had some very challenging discussions recently about the COVID crisis and price levels,”  he said. From a SocGen perspective in Asia, there are still a lot of disparities in the way initial margin is calculated, and initial margin levels are still too low, he said. “We would welcome further discussion.”

Other areas to look at, he said, are liquidity and concentration margin.

“In the equities model today, we see a lot of people moving towards a dynamic portfolio margin model which takes into account liquidity and concentration risk.”  If you transfer that to the future industry, Bainbridge said, liquidity and concentration risk is calculated by the CCPs today but not necessarily passed back to the end-users that bring risks into the market.

Helen Lofthouse, group executive, markets at the Australian Securities Exchange, said the Archegos debacle highlighted the fact that some of the developments regulators have been looking at since the global financial crisis, “would potentially have been helpful” for Archegos – the focus on transparency of data, for example, “the sense that everyone involved in the exposures would have a sense of what the total exposures were for that customer,” she said.

The Archegos incident also highlighted the role of clearing, Lofthouse added. She echoed a point made by Bainbridge that “some of those products would not have been suitable for clearing. It’s another example of the challenges that can happen in the uncleared environment.”

Regarding the standardization of risk management, she said, “there has been a significant evolution of margin approaches in the cleared space with the addition of concentration margins and liquidity margins. Given the scale of exposures on the cleared side, the regulatory focus on those things is appropriate.”

She said she agreed with Bainbridge about the need to take those enhancements and develop a wider industry framework.

Martin said he agreed that the industry has to establish a framework where users pay for the risk they take “in its entirety, including from the additional stress they bring to the marketplace,” and that there is a need for a holistic view of where the risks really are.

He brought up the FIA’s November report, “Modernizing the Listed Derivatives Workflow: A Blueprint for Change,” which hopes to establish a framework for collaboration among all segments of the financial industry.

“The FIA has undertaken a project to look in a blue sky way at operational efficiency,” Martin said.

The FIA’s report recommends that the industry form an independent standards body and that “its deliberations be open and transparent to the marketplace.”

In the first half of last year, the futures and cash equity markets experienced unprecedented volumes as the pandemic played out, Martin said. With that emerged issues in trade certainty, trade transparency, certainty of positions, and people’s ability to understand the risk they had on their books.

“Settlement is a key component,” he added. “Without that we’ll never have a clear picture.”

There were no issues with traded volumes at ASX, Lofthouse said — the platforms worked effectively. The problems were further down the chain, in trade allocation. With the scale of trading these days, she said, manual allocation is just not feasible. She said she welcomed the FIA’s stepping in to take a role.

END_OF_DOCUMENT_TOKEN_TO_BE_REPLACED

TMX Group recently invested in VettaFi, what it described as “a US-based, privately owned data, analytics, indexing, digital distribution, and thought leadership company” and TMX Chief Operating Officer Jay Rajarathinam spoke with JLN about the investment and other happenings going on at the exchange group.

That thought did not last long after he secured a job at a commodity firm and realized he wanted to be on the trading side. Czarnikow offered him a job in London, but Knottenbelt wanted to work in France, so he was sent to its French subsidiary.