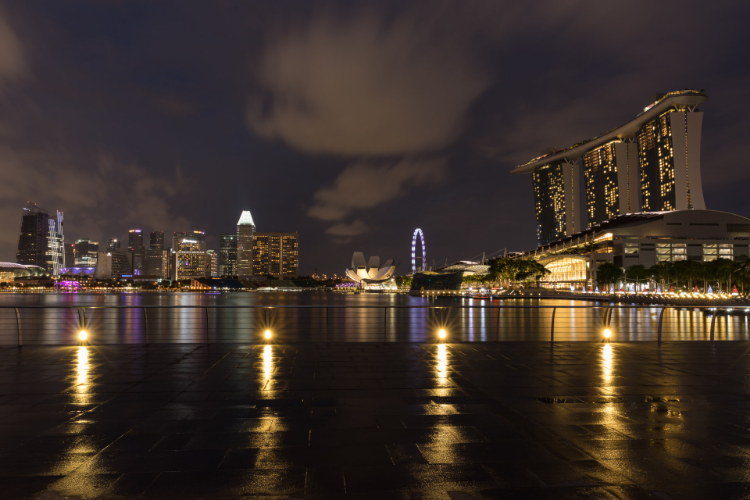 These topics included market volatility, the new U.S. political landscape, China’s role as a competitive player in the capital markets, and a re-examination of exchange infrastructure, technology and margins.

Martin, who is head of JPMorgan’s Asia-Pacific global clearing, said global markets were prepared for volatility around the U.S. elections, but were surprised that more volatility was spurred by the prospective launch of COVID vaccines than by the election itself.

Don Byron, head of global industry operations and execution for the FIA, agreed that the market’s reaction to the elections was relatively benign, something he attributed to the lack Democratic “blue wave.”

“Unexpectedly, Republicans gained seats in the house,” Byron noted. That suggests there wo;; be fewer changes in current U.S. tax policy and not as many big spending projects, he said.

Echoing the theme of ESG growth heard throughout the conference, Byron and another panelist, George Harrington, a managing director at MSCI, said they expect an increased focus on ESG investing and sustainability under President-elect Joe Biden compared with the current regime. “More flows are already starting to move that way (into ESG),” Harrington said.

Bradley Fraser, head of prime derivatives services for Barclays, said the “obvious focus” in the year ahead will be China. Foreign direct investment in China this year through October has been up 6 percent, a contrast to international investment, which was down this year, he said.

Martin pointed out only about 150 brokerages service mainland China, and a number of them also are active outside China. He then asked if the year ahead will be a new frontier of global competition, a question that went largely unanswered.

Jennifer Ilkiw, head of Intercontinental Exchange and Bakkt, Asia-Pacific, said ICE already has  clearing members from China, as well as demand from Singapore and Hong Kong. Although Chinese firms are looking to expand out of China, there was a decrease in volume from brokers unable to move outside during the pandemic, she said. ICE “worked with a number of the brokers to drive their volume internally.”

Martin also asked if regulators should look at greater market involvement during a period of  “unprecedented” market volumes and volatility like those seen earlier this year, and if CCPs should improve margining going forward.

The industry can’t have just one regulatory entity or CCP commit to margin changes, Ilkiw said. “We have to have capital-efficient means for clients and we don’t want to recreate regulatory arbitrage,” she said. “Unfortunately, that leaves us where we are now, which is just having conversations.”

Martin noted that “margins have remained reasonably high.” He added, “I do think there is a bigger role for the regulators to play.”

The FIA’s Byron said that “from the end of February through March, we saw the concerns across the industry. …it was quite remarkable that we did get through that unscathed.” Lessons learned? “From the execution side, things worked very well, but there will be a big focus on modernizing the infrastructure going forward, and a focus for us on industry standards.”