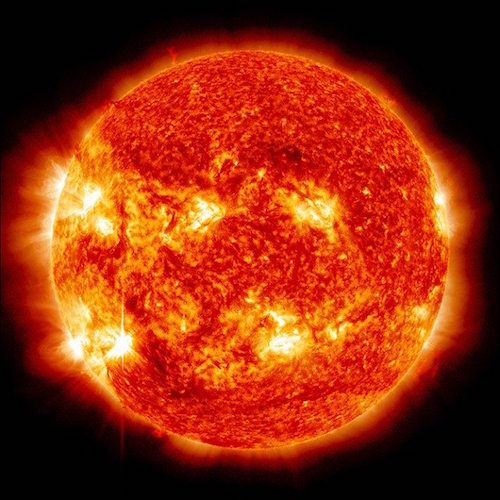 The FIA Boca-V conference saw a slight deviation in form with its final keynote speaker on the topic of sustainability. Instead of an extended Q&A or a roundtable discussion among many panelists seen in sessions from previous days, FIA CEO Walt Lukken gave the floor to renowned astrophysicist and former space science education lead at NASA, Dr. Hakeem Oluseyi, to tell his life story.

Oluseyi’s story will also be shared in his upcoming memoir titled “A Quantum Life: My Unlikely Journey from the Streets to the Stars.”

Delivered somewhat like a science lecture, Oluseyi’s talk was occasionally punctuated by charts, graphs, and visual aids. He began his story with a graph demonstrating trajectory, the starting and ending point of a projectile based on its initial velocity.

“The difference between quantum physics and deterministic physics is that the initial conditions [of quantum physics] do not give you what the outcome is going to be,” he said. “It gives you the spectrum of possible outcomes and each outcome has a probability associated with it … I think our lives are more like quantum physics.”

This example also was how Oluseyi contextualized his own life. His parents divorced when he was four years old and he spent the next 11 years of his life living in nine different households across three states and five schools. None of his immediate family members were educated beyond a high school GED, and his middle school and high school in rural Mississippi were among the worst-rated schools in the country.

In the face of poor initial conditions, Oluseyi attributed his success to, “No.1: having a passion and the interest and the curiosity for what I was doing, [and] No. 2: a lot of people intervening and helping me out.”

College professors from the University of Southern Mississippi connected Oluseyi, who was teaching himself relativity and programming, to the Mississippi Science Fair, where he took first place. Later, during his time in the Navy after high school, he was able to learn algebra and encountered calculus for the first time. Following friends to college led to another intervention when a professor recommended a summer research program where he met people who shared his interests. He saw the passion of “taking a scientific problem, finding a solution, and realizing that you’re the first human to ever realize this.”

Oluseyi connected his motivation to a research career after visiting MIT graduates opened the door to grad school. “When I applied to graduate schools… everywhere where I knew someone from either meeting them at [conferences] or working with them on research in the summer, everywhere where I knew people, I was accepted.” From there, Oluseyi and his team were able to get a research grant to build and fly an apparatus into space to learn more about the universe, a discovery he laid out in layman’s terms. “If you see these images of the sun with all the plasma loops and it looks like it’s on fire, our team was the first to do that. And so, that is how I became Dr. Oluseyi.”

At the end of his story, Oluseyi moved into a discussion of the impact of COVID-19 and the nature of solving large-scale problems. “In a scientific world, it’s like herding cats, right? Let’s get together and decide what we’re gonna do together. But then, where the decisions are made is where the money gets allocated, that’s in a political world… that’s what becomes a very tough problem. I love to say that if humans were trusting and trustworthy, we could be Star Trek tomorrow, but instead we have to deal with ourselves.”

In the face of these global problems, Oluseyi zoomed out even further to the bigger picture of our planet in a humongous universe. A 3-D visualization of the universe’s physical orientation accompanied Oluseyi’s points on light-year distances and time relativity to remind us of the scale of our known universe. All of this was then tied back to Boca’s topic of the day: Sustainability.

Previous panels looked at the more specific details of market decisions and their relationships to climate change, but Oluseyi ended his time with a more macro-focused view.

“We are the architects of our world and our perspective can determine our outcome,” he said.“It’s very important to adopt new perspectives and right now what we have to understand about humans iis our most powerful force is working together. We only have one planet, and if a meteor hits it, it’s still better than any other planet for us in the skinny universe. So we have to take care of it and we have to take care of each other … together we can all prosper.”