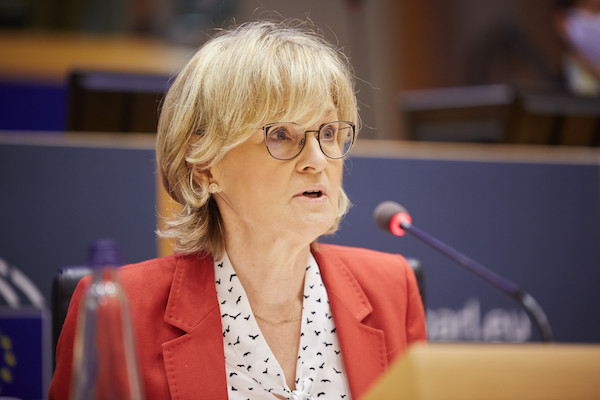 If there still are any doubters as to the extent of Brexit’s impact on London’s financial markets, Mairead McGuinness, European commissioner for financial services, set them straight on Tuesday. In a keynote address to the FIA’s Boca conference, she called the U.K.’s then-popular 2016 decision to leave the E.U. “a major fragmenting event” with consequences.

U.K.-authorized firms now cannot provide services across the E.U. based solely on their U.K. authorizations, McGuinness noted, adding “the good news is that our [E.U.] companies were prepared and markets have adjusted well to this new situation.”

McGuinness said she hopes the U.K. and E.U. eventually will have a flexible non-binding framework  similar to that between the U.S. and the E.U.: “a voluntary structure for regulatory cooperation…to discuss how to move forward with equivalence determinations, with full respect for the autonomy of both sides.”

But she continued: “I do need to be clear on two points: first, there cannot be equivalence with wide regulatory divergence. Second, we will grant equivalence only when it’s in the E.U.’s interest – just as the U.K. has made its own equivalence decisions in their own interest.”

Bringing the discussion closer to the futures industry, McGuinness said her goal  was not to take business from London but to build on E.U. infrastructures, particularly for clearing and derivatives. “Most E.U.-denominated swaps are still cleared by two private companies based in London,” she said, and Brexit increased the risk of a sudden termination of clearing for E.U. clearing members.

“We acted on that financial stability risk by adopting a temporary equivalence decision for the U.K. in September last year,” McGuinness said, noting that decision will expire in June 2022 for U.K. CCPs. Market participants should use that time to reduce their excessive derivative exposures to U.K-.based CCPs, and by E.U. CCPs to build up their clearing capability, she said, “Exposures will be more balanced as a result. It is a matter of financial stability for the E.U.”

She said the European Securities and Markets Authority (ESMA) set up a working group with the European Central Bank and other E.U. supervisory authorities in January to identify the challenges for transferring derivatives denominated in euros or any other E.U. currency from the U.K. to the E.U. The working group recommendations are expected by mid-2021.

“While a voluntary scaling back of the industry’s exposure to U.K. CCPs is the preferred option,” she said, “we will consider very carefully any recommendation that ESMA may make about systemically important U.K. CCPs in the future.”

Taking questions from FIA President Walt Lukken at the end of her speech, McGuinness briefly addressed sustainability issues. She said it was clear “non-financial” issues surrounding ESG are affecting  businesses.

As for sustainable finance, the E.U. is moving“further and faster to meet the level of ambition of the E.U. Green Deal – which sets us the goal of climate neutrality by 2050, “ McGuinness said.