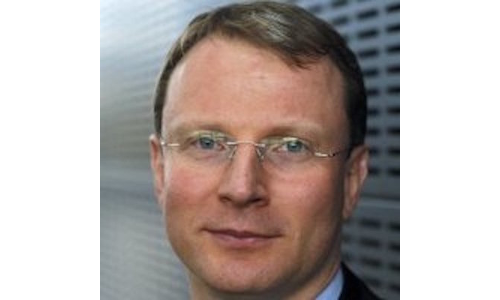 Eurex CEO Michael Peters on Wednesday told this year’s FIA Boca-V attendees that Eurex will launch a futures contract on a bitcoin ETN, an instrument that trades on Deutsche Boerse’s Xetra platform. Peters nodded to the example of other Eurex derivatives based on ETNs, mentioning specifically its gold ETN futures, but offering no launch date or other details on the bitcoin product.

Peters’s remarks came during a brief session in the FIA Boca-V program that provided recordings of exchange CEOs responding to the same single question. In this instance, the question was about what their exchanges were doing with cryptocurrencies.

Only Eurex talked about an upcoming product launch.

Noting an average daily volume of about 15,000 contracts in its bitcoin futures contract, CME Group CEO Terry Duffy evidenced perhaps his strongest public support yet for the bitcoin and ether contracts trading on the CME. Like other panelists, Duffy noted that the future for cryptocurrencies is generally unclear. He said once governments take clearer positions on them, we will know how they will be used for payments.

Adena Friedman, president and CEO of Nasdaq, said that she thinks government regulation will act as an accelerant for cryptocurrency adoption. Nasdaq, she said, supports the industry by providing technology and surveillance tools to cryptocurrency exchanges as well as publishing price indexes that underlie ETFs and ETNs.

Although Cboe CEO Ed Tilly, whose Cboe Futures Exchange offered the first CFTC-registered bitcoin contract in 2017, acknowledged that cryptocurrencies are “here to stay,” he did not provide any news about his equities exchanges’ ongoing struggles to list a bitcoin ETF.

Loh Boon Chye, CEO of SGX, and David Schwimmer, CEO of the London Stock Exchange Group, revealed nothing about any plans for upcoming trading products. They are both involved in supporting the industry with services and investments.

Intercontinental Exchange Chairman and CEO Jeffrey Sprecher downplayed his company’s involvement with cryptocurrency when he pointed to the CME’s bitcoin futures as a demonstration of cryptocurrency trading interest rather than ICE Futures US’s own bitcoin contract. A few moments later he did acknowledge the ICE contract and said that FCMs active in the contract were largely non-bank FCMs. Sprecher said that banks remain hesitant to take on bitcoin trading risk.