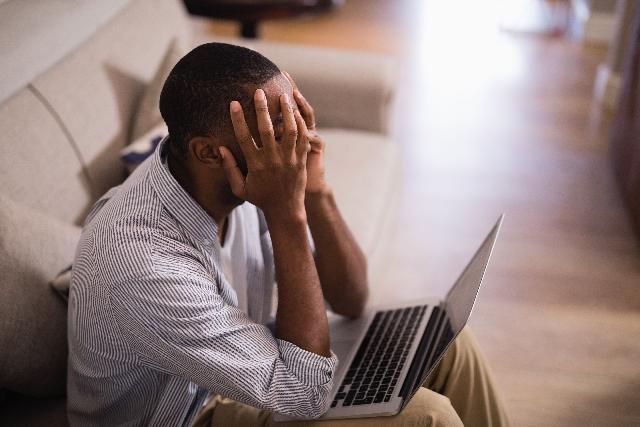 One big problem is that African Americans are not represented in the agencies that regulate the financial industry. Chris Brummer, a law professor at Georgetown University, researched data on the number of Blacks who have served as federal regulators. He spoke on a panel Thursday on “Diversity in the financial markets” hosted by the FIA and the Chicago Federal Reserve.

“Financial regulation has a direct impact on the lives of African Americans,” Brummer said. “It determines how trillions of dollars in assets are regulated, as well as what companies should disclose, how investors are protected, plain language disclosures, and who gets financial assistance in times of distress.”

Historically, he said, the numbers are “pretty bad.”  His research study showed that as of July 4, 2020, there have been only 10 black regulators appointed out of a total of 327.  Those numbers have actually gotten even worse since that study was done, he added; there have been no minorities at all among additional appointees.

At the federal level, there has been one Black appointee at the CFTC, none at the FDIC, three at the Federal Reserve (which, Brummer said, is deceptive because the higher ranking appointments were mostly made far in the past), and two at the SEC.

The senior policy staff numbers are pretty bad too. “In the agencies,” he said, “there are a lot of zeros.”

Brummer wondered whether all these zeros were the result of political decisions and whether one party is better at appointing Black regulators than the other; the answer the data gave him was “not really.”

“It’s a bipartisan problem,” he said. “Historically, Democrats have appointed more people, but they’ve appointed fewer lately – Republicans recently placed an African American at the helm of a regulatory agency.”  He added that neither Democratic nor Republican commissioners at either the CFTC or the SEC had any Black senior policy staffers.

At the Federal Reserve, the number of Black economists is particularly distressing, Brummer said. “There is an absence of black policymakers across government at not only the appointee level but also the technocratic civil service level.”

These absences are not caused by a lack of qualified potential appointees, he said.  The African Americans who were appointed to regulatory roles had more higher education than the non-black appointees, meaning more advanced degrees as well as a higher number of degrees. So, the “qualifications theory” doesn’t hold up empirically, Brummer said.

It’s not just the policymaking and promulgation of rules, it’s also their enforcement, said Douglas Harris, the managing director of Promontory, another panel participant. “You can have laws on the books, but if they aren’t being enforced it can be just as detrimental to certain groups as if there were no laws.”

Harris said the absence of Blacks at the highest levels of regulatory agencies is mirrored in almost every segment of the financial industry, including the lawyers and accountants who support that industry.

“A conservative estimate is that Black people make up about 13% of the population in this country. The Wall Street Journal recently reported that only 1% of CEOs running America’s top S&P 500 companies are Black,” he said.

C-suite positions are very important because those positions are stepping stones for CEO positions. Unfortunately, Harris said, a recent Stanford University study found that of the few Blacks who are appointed to C-suite jobs, just 3% held positions with profit-and-loss responsibility.

Asset management is one of the least diverse fields on Wall Street. Studies have found that women and minority-owned firms held less than 1% of assets managed by funds, despite equal performance to white male-owned firms. 90% of firms are owned by white males, with only a few Blacks in senior positions. Not one of the nation’s 30 largest hedge funds is run by a woman or person of color, Harris said.

The panelists’ companies and others are taking steps to improve this situation, but some steps go farther than others. Harris said that rather than “mentors,” which have often been suggested, “What you really need is a sponsor – someone in your corner not just to advise you but to support and promote you. 86% of Blacks in senior positions in the industry said sponsorships were very important to their success.”

Harris said one metric we could use in the industry is to require that 30% of candidates for a senior position be “diverse” in gender or race/ethnicity (including LGBTQ people). Also, “Commit not just to interviewing people but to a certain number of hires. Your goal should be to have 30% of new hires be people of color. That commitment would go a long way.”

De’Ana Dow, partner at Capitol Counsel, said one of the first steps is to look at the culture of the company and ask, how can we change it?  “Think in terms of culture rather than programs,” she said. “Culture endures, while programs can be defunded or eliminated for a variety of reasons.”

An inclusive culture means one in which Black employees feel a sense of belonging and of being valued and feel they have a stake in the company.  That can come down to things like letting employees wear natural hairstyles and not pressuring them to assimilate, Dow said.

A top down approach is the starting point. “Executives need to drive the culture,” she said. “More Black people in the C Suite will have a trickle down effect, as will more Blacks on hiring and compensation committees. We’re not there now.”

Dow added, “It’s a myth that it’s hard to find diverse talent. I’m not buying it and neither should you. If you don’t check an Ivy League box it doesn’t mean you’re not the best person for the job. That person is not necessarily the one you want to have a beer with.”

Diversity should definitely be a performance metric, she said. “How else can we get there?”

Many companies are adding diversity officers. “Another step is to infuse the D&I role in your organization with power,” Dow said. “Follow the recommendations of your D&I officer!”

“We unequivocally need allies,” Dow said. “I suggest starting with educating those who want to be our allies. Many people are empathetic but often don’t have the tool kit, and don’t connect emotionally with their Black colleagues. Listen and learn – you don’t know what you don’t know. Most of us don’t mind sharing our experiences.”

Companies have an economic incentive to diversify. Numerous studies have shown that corporate boards perform better when they are diverse, Harris said. A recent study showed that investment teams with women and people of color perform at par or better than ones with only white males, he said.  “If you don’t do this [as a company], it’s a loss, because you are not using your resources efficiently and effectively.”