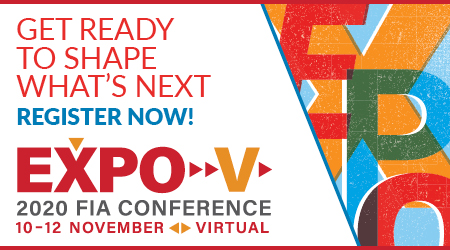 Lurton started out by saying that the panel was focused on what people need to know about spoofing, whether those people be vendors, bankers, energy firm employees or attorneys. Spoofing, according to Lundy, is placing an order without the intention that it be executed. Per se, it is a relatively new violation, first codified in the 2010 Dodd-Frank Act.

The Seventh Circuit Court of Appeals affirmed the U.S. district court’s findings in the first criminal spoofing case, which found energy trader Michael Coscia guilty. Case law has evolved extensively since then and has become very focused on the facts of the particular cases; also it can be based on lots of electronic evidence – emails, messages, recorded conversations – that support the prosecution’s assertion that orders were entered that traders did not intend to have executed.

Lundy’s law firm colleague, Wendland, flipped the perspective and asked what is not spoofing. According to Wendland, accidental orders or cancelations, good faith cancellations of partially filled orders and non-executable order types like RFQs (requests for quotes) and IOIs (indications of interest) do not constitute spoofing. Some order types that embed an automatic cancellation are not considered spoofing, including fill-or-kill, all-or-none and stop-loss orders.

Spoofing is market manipulation, according to Wendland, because you are trying to influence the market for your own benefit. The CFTC does not need to prove that the spoofer actually benefited from the spoof, just that the order was placed with the intention that it be cancelled.

Lurton jumped in to note that spoofing is a little easier to prove than manipulation, although the fines can be just as painful. Wendland answered that while regulators look for patterns of bad practice for spoofing as they would for manipulation and fraud, they do not actually need to in spoofing cases. The CFTC has made clear that it believes a single act can constitute a violation. One spoof order is the threshold for enforcement.

Lurton then asked what a trader should be doing? Can a trader avoid suspicion simply by documenting the intent not to cancel.

Lundy answered that the cases litigated so far have in fact demonstrated patterns of behavior and included significant levels of trading activity. Successful DOJ and CFTC litigation has involved a number of trades and is typically supported with evidence – often emails – of manipulative intent. While one action can be found to be spoofing, it is cases with patterns of activity that prosecutors are pursuing.

What is the best way for a trader to avoid suspicion and investigation? Lundy says that a  surveillance and supervision program with a pronounced documentation aspect should be implemented. Investigations within firms should be undertaken as appropriate and they should be documented.

While some spoofing cases succeed because things like emails indicating a trader’s intention to spoof are uncovered, regulators also can simply look at the data. Traders need to be able to articulate their strategies that look like spoofing. Firms should have internal surveillance methods that look for spoofing-like behaviors and question their traders about activities which the systems alert them to. It is important to document the investigation and any follow-up.

What kinds of spoofing cases have we seen so far? Wendland offered three types: placing  large orders on one side, with the intent to benefit with a trade on other side of the market;

Flipping, by entering orders on one side and then immediately executing on the other side, often leveraging technology that automatically prevents self-matches; and “vacuuming” (the CFTC’s term), where the trader tries to benefit on a single side of the market.

Lundy noted that the CFTC continues to bring a large volume of complaints and with an increasing focus on the firms. The CFTC gets at the firms by charging a failure to supervise leveraging principal/agent theories. Lundy also said that he was surprised by a 2018 case where the CFTC entered into non-prosecution agreements with two traders and then moved against the firm that employed them.

This indicated that the focus started with individual traders’ behaviors but has expanded to looking at the firms, enabling the regulators to be more creative with their charges. Last year, the government charged three traders with racketeering. Wire fraud and aiding and abetting a manipulative scheme that consisted of spoofing have also been charged.

Now that they are on the hook for spoofing, firms’ need to use tools like surveillance systems, training and supervision to avoid spoofing by their traders and to get ahead of regulatory  investigations. Supervision needs to be meaningful and a company might want to show how  promotions and salary are affected by a trader’s compliance. Lundy said that the days when compliance stayed away from management are long gone.

Attention to spoofing also reaches beyond traders and trading firms to vendors. The DOJ and the CFTC both charged Jitesh Thakkar’s software development firm, Edge Financial, for developing software which was a feature add-on to off the shelf technology that Navinder Sarao, the infamous E-Mini spoofer, to spoof more efficiently. While the DOJ case failed, the CFTC was still able to extract $72,000 (three times the invoiced amount for the software development) in penalties from the firm.

The implications for vendors in the space are uncertain but the mere fact that the case was brought should be noted by vendors. The CFTC established that it has jurisdiction in spoofing cases over persons that are not registrants, exchange members, or customers.