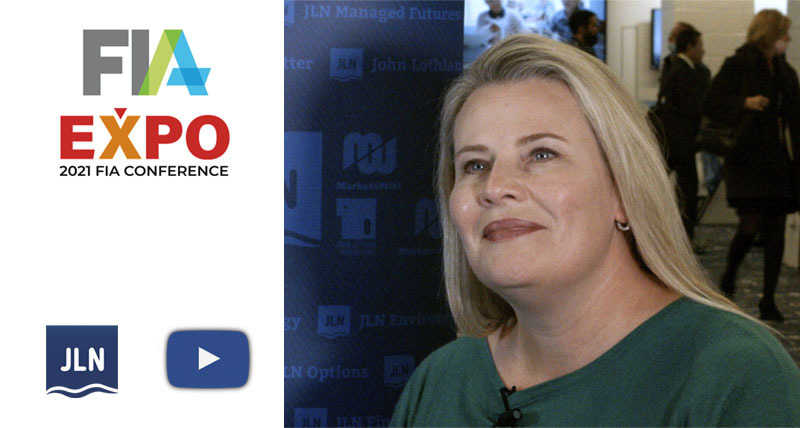 Speaking to John Lothian in a video interview following her keynote address last week at the FIA Expo, Stump said the question is “an unfortunate example” of what she sees as an ongoing mission to correct confusion over what agency regulates what entity.

She added that another often-asked, and wrong, question is whether crypto is a commodity or a security. The answer does not solve the regulation dilemma.

“The CFTC does not regulate commodities,” Stump said. It regulates futures and swaps, some of which have commodities as their underlying assets, she added.

Asked how long it would be before any Democratic commissioners are approved to join the CFTC, Stump noted that two of the pending nominees are Democrats, and that it would not surprise her if she ended up as the only Republican CFTC commissioner, at least for the near term.

Stump noted that the only other current commissioner, Acting CFTC Chairman Rostin Behnam, is a Democrat, and neither of them has ever tried to cancel out the other person’s vote in a one-to-one split. “We don’t perform our work that way,” she said.

She also clarified her parameters for evaluating applications for gaming and event contracts, another controversial topic, and how those measures compare with Dodd-Frank rules.