It was nearly a week after Trading Technologies announced it would be acquired by the private equity firm 7RIDGE, along with its limited partners Cboe Global Markets, Inc. and the Singapore Exchange, but the company’s top executives were still celebrating.

7RIDGE was the best fit among all of TT’s suitors, they agreed. Todd said the private equity firm invests in companies that grow, and TT is all about building a business. “The fund is open-ended, so there is no defined exit point,” he said.

“It’s a win win” for shareholders and customers, said Geannopulos. It was important to him that TT remained independent. “There is too much consolidation,” he said, so it was good for the industry that they were able to keep the company independent.

Asked if the company would continue its technology advances under its new owner, Geannopulos pointed out that its suitors really liked TT’s unique tech stack.

“It’s not the end of our technology journey, it’s the beginning,” Todd said. “ I think the important thing is that it (TT) is in safe hands,” he added. 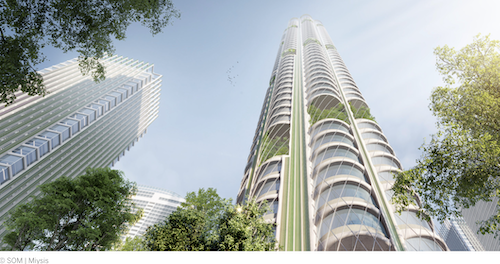