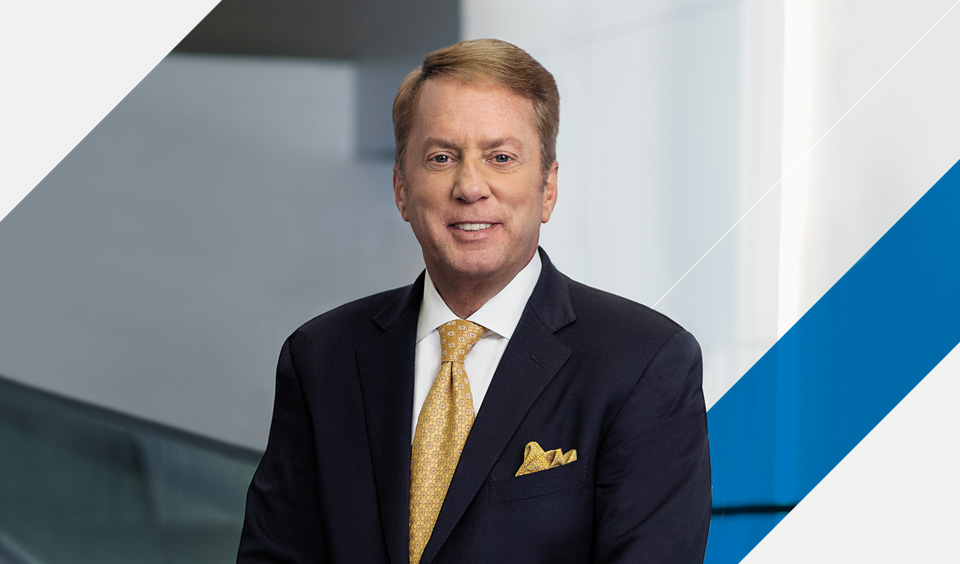 In “the most uncertain times in the world,” CME Group CEO Terry Duffy does not appear to be fazed by the potential threat of a short selling ban or a financial transaction tax, nor by the volume drop in the CME’s interest rate complex this year. In an interview with Walt Lukken at FIA Expo-V, he also seemed unsurprised by the results of the presidential election.

“When this started to unfold, I thought there were two people who could give Trump a tough time – Biden and Klobuchar.  The markets were predicting Biden for weeks, which is why there was a lack of volatility prior to the election. If Trump had been re-elected, volatility would have spiked,” Duffy said.

Duffy has been outspoken about how wrongheaded both a short selling ban and a financial transaction tax would be, but he seemed to think neither of those propositions is likely to be enacted in the coming months.

“The world today is one of instant gratification,” he said. “Policymakers ask ‘What can I do right now that will appease my constituents’, regardless of the consequences. We need to keep educating the industry about the importance of markets and price discovery. At the same time, Congress turns over every two years, potentially. We have to keep up this process. But I don’t get too worked up about these suggestions [of a short selling ban] as long as we have an avenue to have our voices heard.”

Duffy said he would need about six hours to list all the reasons why a financial transaction tax is a terrible idea. But basically, he said, “lt always falls on the consumer. Any time spreads widen, risk management gets more expensive, it goes onto the consumer.”

He noted that if a transaction tax is applied in one state, there are many other regions in the US that would love to have an exchange headquartered in them.  There has already been an exodus of exchanges and other businesses from big cities, he said.

“Our businesses have become so portable today – I don’t think these financial transaction taxes will ever see the light of day unless the US government passes such a tax.”

He added that there are a lot of other ways to capture revenue. “How about not taxing brick and mortar so they can compete with internet sales?” he said. There are many ideas to put people back in business without looking for a bright shiny object.”

Duffy is also not terribly concerned that the low interest rate climate led the CME Group’s interest rate complex to trade down 30% this year. He said it is very hard to predict what will happen with interest rates down the line. The Federal Reserve has ramped up its holdings of Treasury notes and bonds and now holds more than ever before – Duffy said this could potentially create inflation, which would lead the Fed to move rates back up again.

“Also, don’t forget there is a cost of borrowing to everything we do,” he added. “There is currently $30 trillion in mortgage debt, and there is credit card debt etc.  People still need to manage their interest rate exposure and they still use our products to do so.”

The price of the WTI crude oil contract, traded at the CME, went negative for the first time ever on April 20.  Should WTI continue to be the benchmark for crude oil? Lukken asked.

“What should give commercials and hedgers confidence is that it was the only market pricing that at the time, and the WTI contract was reflective of [the real crude oil price],” Duffy said. “Storage was at capacity, the auction had been going at full speed. Opec and others ramped up production. And we’ve never seen demand fall off a cliff like that.  WTI reflected all those fundamentals. If you had to take delivery you had to pay someone to store that oil. My question is, why weren’t other markets set up to reflect the [real] value of [crude oil]?

Duffy is optimistic about the new Nasdaq Veles California Water Index futures contract the exchange just announced in conjunction with Nasdaq, although he acknowledged that it could take some time to build. But he said the timing of the water futures contract is right. With the Biden administration coming in, there is likely to be more discussion on ESG issues and sustainability. And what better place to start than in California?

“Everyone took [water] for granted before, like food. Twenty percent of the globe is made up of water, and most of it is undrinkable. Timing is a huge issue,” he said. “I’ve seen a lot of good contracts fail because of timing.” He credited Nasdaq CEO Adena Friedman and her team for their timing in bringing the idea to the CME.

The CME Group is also looking forward to its cross margining arrangement with DTCC, which is being improved in the coming weeks. Duffy said the exchange had had the margining agreement with the DTCC for years but “nobody took it up.”  It provided only a small amount of savings, he said, about 10-30%.

The DTCC arrangement will allow margining between cash and futures.

“When the SEC gives us their approval, we will be in the 70-plus percent of savings for clients on margin efficiencies,” Duffy said. “People can apply that capital in other ways, and it will create liquidity for commercials and others.”

Also, with the integration of Brokertec into CME following the NEX merger in 2018, the CME will be the only institution in the world with both rates and FX futures and cash side by side, Duffy said.  The integration is being delayed until January 2021 because of COVID, but that will have no negative impact on the financial side, he said.