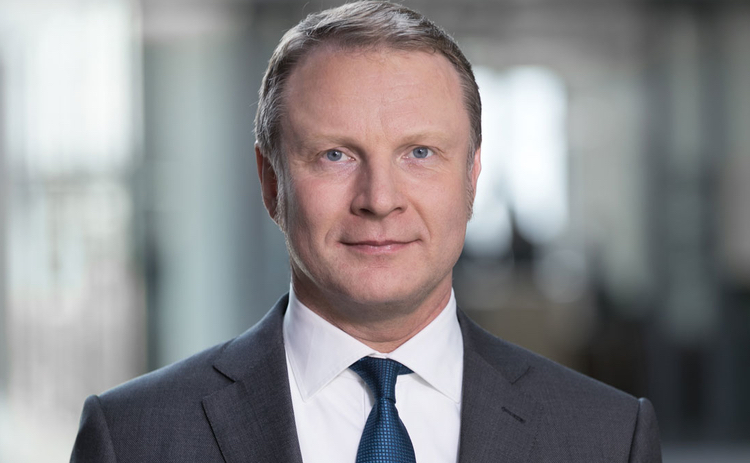 Making his debut performance at an FIA conference Wednesday, Eurex CEO Michael Peters argued in favor of the drive toward environmental, social and corporate governance (ESG) products and weighed the pros and cons of the European Commission’s equivalence decision for UK CCPs.

FIA President and CEO Walt Lukken interviewed the Eurex exchange leader at FIA Expo-V, pointing out that Peters assumed his new role in the middle of the pandemic, on July 1, when he succeeded former Eurex head Thomas Book.

Peters said Eurex was able to move safely through the turbulence of COVID-19 by maintaining a focus on its employees and their families and avoiding a closure of the exchange. Actions to ensure security included splitting up teams across its global jurisdictions and time zones and making sure Eurex operations would remain up and running in case of a possible outbreak of the virus in-house, he said.

In the meantime, Eurex has kept its focus on industry trends despite the distractions of the virus, Peters said, citing a shift between active and passive investment as well as the rapid development of ESG products as examples.

“Based on discussions with asset managers, there is a clear interest in standardized (ESG) products,” Peters said. “It is our responsibility to provide the indexes.” Some research suggests a convergence between non-ESG and ESG products could take place as soon as 2022, he said.

Addressing the topic of a threatened short-selling ban in March during the COVID-19 crisis, Lukken asked,  “How do we do a better job of telling policymakers in Europe and in the U.S. how the markets work and the fact that some of these ideas would do more harm than good?”

It’s an “interesting challenge” in Europe, Peters said. “U.S. government and regulators are very much market-centric and capital-market-centric. “But the European Union consists of 27 countries, and they have completely different views on how the capital markets work, and how important they are,” as well as differing views on the derivatives markets.

“It was a difficult situation,” he said, but after “constructive dialogue with regulators,” the short-selling ban was not introduced in Germany.  Six European countries —  Austria, Belgium, Greece, France, Italy and Spain — allowed short-selling bans in March that were later removed.

Asked about exchange competition in Europe, Peters said to “look at the landscape of derivative exchanges in Europe. You have Euronext, and of course Eurex and ICE Europe, but that’s it. It’s relatively small.”

Growth at Eurex will largely be driven by new product initiatives, he said, including those linked to ESG and MSCI products, as well as some small-to-medium acquisitions. Deutsche Börse was a bidder for the Milan-based Borsa Italiana, but lost out to Euronext in October.

Peters said he saw some rebalancing of the Eurex customer base with the move to EU standards equivalence post-Brexit. The European Commission granted UK central counterparties temporary equivalency with the EU’s standards under the European Market Infrastructure Regulation for 18 months, from January 1, 2021 until June 30, 2022, after the conclusion of the UK’s Brexit transition on December 31, 2020.

He said Eurex Clearing recently onboarded some 500 banks and customers in the wake of Brexit changes. “It’s a balance,” he said, “between avoiding market disruptions and developing opportunity in case the market wants another venue.”