FIA Expo: Sustainability Markets Growing, But Participants Search for Clarity of Its Parameters 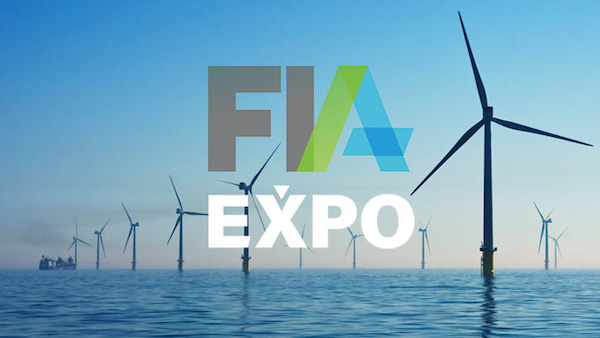 Although the five speakers at a Thursday FIA Expo panel titled “Sustainability/ESG and Markets” agreed that the ESG sector is one of the biggest growth areas in the marketplace, they said it can be difficult to define exactly what ESG encompasses.

The “E” (for environmental) is self-evident, but the “social and governance components are much more challenging,” said Elizabeth Turner, Qontigo’s director of index product management.

“With the energy markets, ESG components are everything outside the core products,“ said Trabue Bland, president, ICE Futures US, Intercontinental Exchange. There is no final list, but given the concerns about climate change, the current focus is on the “E” part and CO2, he added.

“As an outsider, I would say that the acid test” for ESG is not investing in products, but the cap-and-trade market and CO2, said panelist and University of Chicago economics professor Michael Greenstone, co-founder of Climate Vault. Cap-and-trade markets help determine the price of carbon so it can be traded or bought to take it out of circulation.

“We have one goal,” said Greenstone. “Not to take away from other goals, but the ultimate arbitrator is if there is too much CO2.”

An onsite audience poll determined about 53% of ESG growth was currently driven by investor demand, and 40% by reputational risk.

“Right now, it’s the early days, “ Greenstone added. “Whether or not Exxon is in my portfolio is not enough.”

Turner said she sees the impact of ESG in investors’ desire to align their portfolios with their sustainable investment goals. But she added that it can be hard to do when those investors see someone is doing the exact opposite — buying a profitable energy stock, for example.

There is an “unprecedented tailwind” from investors, said Daniel Scarbrough, founder, president, and COO of IncubEx. He said some 2,000 companies have made a voluntary net-zero commitment, “but how are they going to do it?” Carbon markets are growing, he said, but they only still represent only a small percentage of the marketplace.

“What is the trade-off?” asked Bland. “Consumer prices are too high.”

“Yes, we are driving prices higher,” said Jack Velasquez, director of Environmental Markets North America for Marex. In theory, consumers would avoid using natural gas if the prices became too high, he said. “We are trying to figure it out,” he added. “The shift toward ESG is not a fad.”

Globally, we have a growing market for tradable contacts, noted Scarbrough. “Every month we have new records.” He told the audience to track the CFTC’s Commitment of Traders for volume updates, and also noted the cap-and-trade program in California has doubled from last year.

Turner noted there also is a welcome shift around regulation, “which has been very opaque and vague.” Hopefully we will see a convergence in regulation among countries and regions as well, she said.

“We’re in the second or third inning,” said Greenstone. “Before it was a boutique thing. Now there is real demand.”