FIA’s Walt Lukken Kicks off Resilient “IDX That Was” 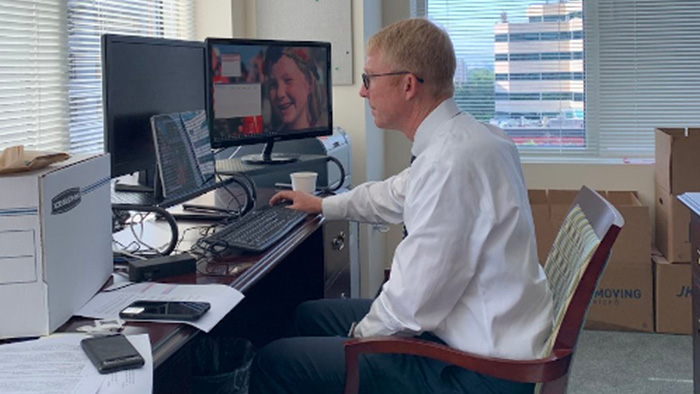 Opening the first virtual IDX conference, FIA President and CEO Walt Lukken Tuesday talked about the feelings of uncertainty overwhelming many people these days amid the COVID-19 health crisis, political risk and growing populism. “But if you only focus on the negative, you will inevitably lose sight of opportunities that change these circumstances for the better,” Lukken said.

While 2020 marked the year of the FIA’s “Boca That Wasn’t,” it also will become known as the year a resilient exchange trading community overcame physical obstacles to attend the three-day “IDX That Was” online, he said.

“Our markets worked remarkably well during this volatile time,” Lukken said. He noted that a total of 140 industry respondents to a FIA survey, released Monday, gave the performance of listed and cleared derivatives markets a 4.3 ranking during the crisis, on a scale of 1-5.

But Lukken added the survey also found the pandemic exposed key issues that need to be addressed. “Did margin models work as anticipated by CPMI-IOSCO standards (during the crisis) or are further calibrations necessary?” he asked. “Did the enormous number of trades cause stress on the technology, clearing and back-office systems?”

Some 76 percent of the respondents to the FIA survey identified margin volatility and unpredictability as a challenge that needed review. In addition, 40 percent of those surveyed said they experienced issues with clearing operations and systems, while 30 percent saw trade breaks as a concern.

“Resilient industries learn from times of crisis and pivot quickly to make improvements,” Lukken said. He promised the conference would discuss just that: “Where our markets worked and where improvements are necessary.”