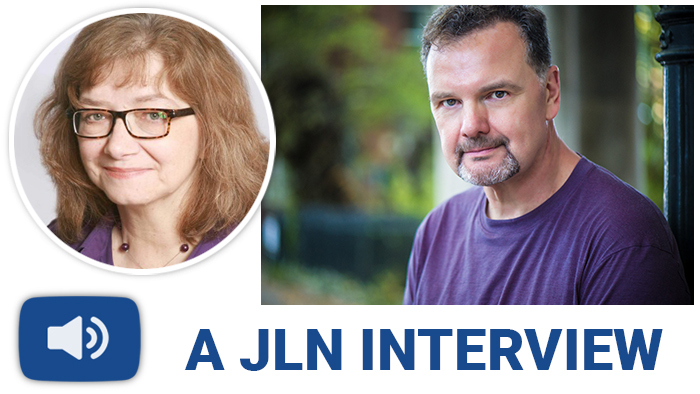 GLMX Technologies’ CEO talks about trading the $15 trillion repo market, one of the largest short-term credit markets in the world, and why the upcoming changeover from LIBOR to SOFR is such an important issue.

FINRA Announces Passing of Thomas Gira, EVP, Market Regulation and Transparency Services
Traders Magazine (press release)
With great sadness, FINRA today announced that Thomas Gira, Executive Vice President of Market Regulation and Transparency Services, passed away on Saturday, June 20. He was 58. “Tom was a beloved and devoted husband and father, as well as a tremendous leader, colleague and friend, and we are enormously heartbroken by his passing. We extend our most sincere condolences to Tom’s family, who are in our thoughts and prayers during this difficult time,” said President and CEO Robert Cook.
/bit.ly/2NmLxxf

How the stock market rally is feeding on itself
Robin Wigglesworth – FT
The emergence of brash retail traders who think stocks only go up has been one easy explanation for the surprisingly strong market recovery since March. Some analysts, however, argue the rebound has more to do with the same technical factors that exacerbated the initial bear market — the rise of volatility-sensitive investors and the increasing influence of derivatives on financial markets. “Positioning played a huge role in the extent of the sell-off, and has been a big part of the rally as well,” said Bankim Chadha, chief global strategist at Deutsche Bank.
/on.ft.com/3fRqCPc

Put Options Signal India’s Nifty Index Forming Support at 10,000
Abhishek Vishnoi – Bloomberg
India equity option traders are confident that the 10,000 level can act as a key support for the NSE Nifty 50 Index. Put options with a 10,000 strike price now hold the highest outstanding bets among the index option contracts, compared with options at a 9,000 level holding that milestone until Friday, according to data from NSE. The Nifty Index this month rose past the 10,000 level for the first time since March. The measure has gained more than 35% from a low in March, tracking a rally in global equities, even as the South Asian nation faces its first economic contraction in four decades in the wake of the coronavirus pandemic.
/bloom.bg/3hV7e5C

The decline of the U.S. dollar could happen at ‘warp speed’ in the era of coronavirus, warns prominent economist Stephen Roach
Mark DeCambre – MarketWatch
Stephen Roach, a Yale University senior fellow and former Morgan Stanley Asia chairman, tells MarketWatch that his forecast for a sharp deterioration of the U.S. dollar could be a very near-term phenomenon, not an event that looms off in the distance. “I do think it’s something that happens sooner rather than later,” the economist told MarketWatch during a Monday-afternoon interview. His comments come as the financial expert has been warning for weeks of an epic downturn of the buck that could signal the end of the hegemony of the greenback as a reserve currency — an event that would ripple through global financial markets.
/on.mktw.net/2NtVRmZ

Tesla Stock Just Keeps Going Higher. How to Play It With Options.
Steven M. Sears – Barron’s
Tesla is so firmly ensconced in the popular imagination that it’s easy to forget that it’s just another company—and that, occasionally, it might be useful to apply prosaic financial analysis to the stock. The exercise is important because it helps illuminate issues that are typically overshadowed by the star power of founder Elon Musk and a future full of sleek electric cars.
/bit.ly/2YZjI3z